Another Reason Your Brand Needs to Invest in Social Media

When we develop a social media strategy for a company we often have a hard time getting them to understand that there is a definite need for a well structured strategy with carefully thought out ideas and schedules.

And once we’ve done that, we then have an even harder time explaining that because of it’s very dynamic nature, social media also requires the ability to have a nimble and loose approach to engagement. It’s almost a contradiction in terms.

And so it went on for about two hours, with references to Taylor Swift, Notorious BIG, Dizzee Rascal and finally Meghan Trainor.

But the ability to engage consumers and address certain issues ‘on the fly’ and in a human way is often more important and more effective than trying to push out corporate driven ideas and messages. Often, consumers will look at the way a company reacts to a unexpected situation and develop their perception of the brand based on that interaction.

A story broke today recently about a young customer at Pret a Manger, the legendary UK sandwich bar that has grown from one outlet in London in 1984 to 374 outlets in 2015 and turnover of £500 million. Now Pret a Manger will have a social media team either in house or outsourced. That team will have a strategy but also SOPs for unique situations.

The customer purchased a ‘Chef’s special avocado and crayfish wrap’ from his local branch that he said, from the first bite was, “possibly the worst tasting item I have ever eaten. It tastes like my daughter’s sandpit.”

He went on Twitter and told the company how unhappy he was with his lunch and they responded immediately with an offer (after taking the discussion out of the public domain and into direct messages) of a free lunch as compensation.

Impressed, he congratulated them on their service and shot off a text that was apparently a reference to a Jay Z and Kanye West song about Paris.

Pret got it immediately and responded with a pun of a Jay Z lyric from his Problems song. The customer then came back again, this time with a play on Silento lyrics which Pret responded to using a play of the Weeknd’s ‘I can’t feel my face’ song.

And so it went on for about two hours, with references to Taylor Swift, Notorious BIG, Dizzee Rascal and finally Meghan Trainor. 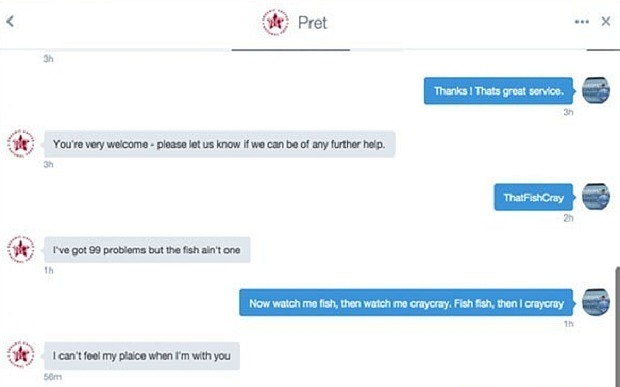 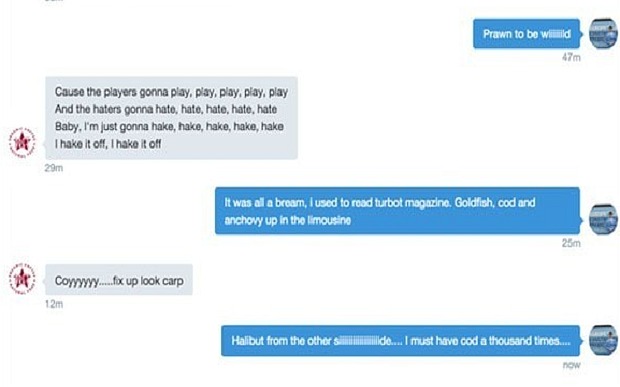 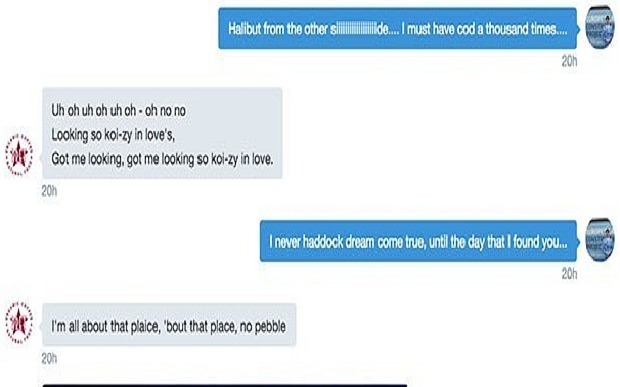 The story was taken up by the national press in the UK with both tabloids and serious papers running stories that reached millions of British consumers in a very short time and hundreds of them commented on the issue or shared it across Facebook, Twitter and other platforms, thereby increasing the positive narrative about the brand. And all from a negative experience.

In addition to the ability of social media to cover many traditional roles, this is a great example of why it is important to have the right people with the right authority who understand the organisation’s values responsible for the brand.

Other lessons to be learned from this little exchange include

What’s the downside of this experience? There really isn’t one. The exposure was phenomenal and cost Pret nothing more than another sandwich and two hours of a social media team members time. A bit of creativity from the social media team generated more effective brand exposure than any billboard, TV or print ad could ever do. And for a fraction of the cost.

What I’m interested to see is how Pret a Manger leverages the experience going forward. If I hear anything I’ll let you know. 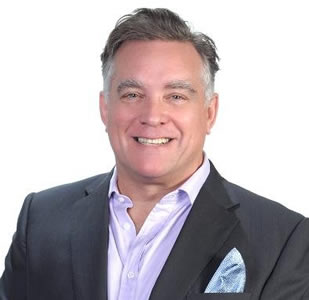