A look at the history of Korean cars and the incremental opening of the Korean car market to foreign competition.

In 2011 GM Korea announced that sales of its Chevrolet brand automobiles had risen 27 percent year-over-year in the previous six months. As FTA’s were then being inked with auto-producing nations, Chevy’s sudden rise in sales signaled the dawn of a new era for the automobile industry there. Gone were the days where Korean carmakers, cozy in their long-protected market, could enjoy very little competition on their home turf.

Looking back on the country’s sixty years making cars raises an interesting question: Would the industry have seen a more rapid rise to its high rank on the global market if the heavily-guarded domestic market was open to foreign competition earlier? By extension, would Korean consumers in the eighties and nineties be availed to a higher quality product sooner?

The first Korean car came off the assembly line in 1955. Not that it was much of a line –or much of a car. Yet, the “Shibal Taxi”, as it was known, put together entirely from odds and ends, including sheet metal from oil drums and leftover U.S. Army parts, hit the road in all its glory.

The first Korean “car” every produced –the “Shibal Taxi”. Be careful saying it because “shibal” closely resembles Korean profanity!

At the onset, Korean auto-makers suffered from a dearth of advanced technology and a dismal level of productivity. This forced the industry to rely exclusively on imported components and know-how from the United States, Japan, and Europe.

The Park Chung-hee administration was wise to capitalize on the desire of the world’s leading car companies to do business there in the newly-opened consumer market. The approach to establishing the new industry is where questions of how much faster it could have risen, by producing a better product, gets murky.

Despite initial quality concerns upon entering the North American market, the quality slowly rose as Korean manufacturers were forced to compete for market share for the very first time. This fight spurred moves by Hyundai to face its detractors head-on.

The administration first enacted strict import bans that allowed no foreign cars to be sold in Korea unless they were shipped here completely disassembled and then assembled in Korean factories. Additionally, no foreign automotive company was permitted to do business unless they partnered with the local players in Korea’s newly-minted auto industry.

There was both wisdom and folly in the restrictions on foreign imports. The positive aspect was that by requiring all import cars to be assembled within its borders, the government had essentially established a national automotive school; with international technology delivered right to the classroom. This allowed the Korean industry to learn the ins and outs of assembling automobiles from the ground up. 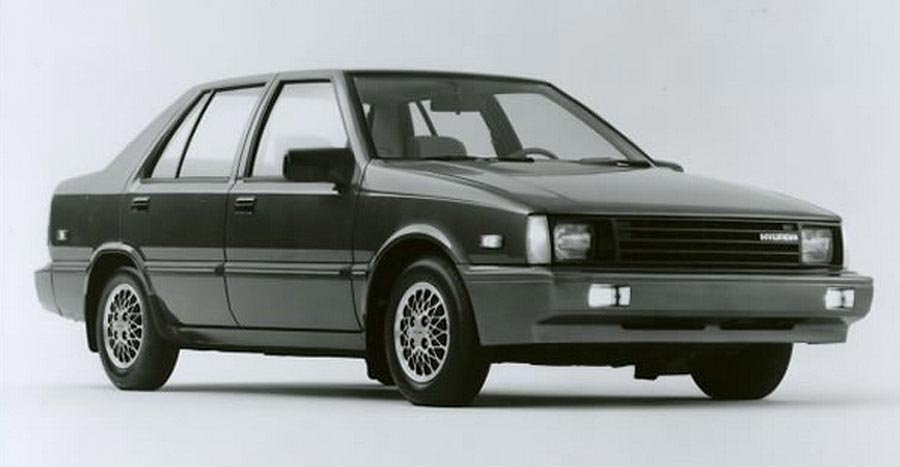 The 1986 Hyundai Excel, Korea’s first foray into the North American market. Though rated low for quality, the $4,995 price tag garnered it a lot of sales in the U.S.

This was fine at first, though would later prove problematic due to an unestablished position on the world market, forcing Korean carmakers to sell exclusively to the domestic market. With no competition from outside brands due to heavy restrictions, there was little incentive to make better cars that could actually compete in international markets. Until the late ’90s, this was of great detriment to Korean consumers, left with the choice of either buying a lower quality domestic product or paying tariffs as high as 60% for superior foreign models.

Despite low quality, with a captive domestic market, the industry continued to grow as incomes increased and an expanding number of Korean consumers wanted to get behind the wheel. It wasn’t until the late 1980s that Korea finally surpassed North American safety regulations and was able to penetrate the prized American market. This was the first time that the industry was faced with competition on the global stage, forcing it to adjust accordingly.

In the 1970s the American auto industry had gone from making some of the best cars in the world to some of the worst. The once relatively uncompetitive American market now hosted the presence of superior Japanese brands. There was no other choice but to make better cars.

Unlike when Japan when U.S. automakers found themselves competing with a superior Japanese product, with the entrance of Hyundai, the battle was based solely on price And Hyundai made the most of it with their advertising. 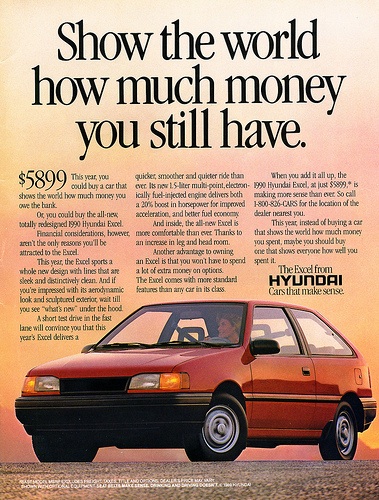 Likewise, despite initial quality concerns upon entering the North American market, the quality slowly rose as Korean manufacturers were forced to compete for market share for the very first time. This fight spurred moves by Hyundai to face its detractors head-on. In 1998 they invested heavily in manufacturing quality, design, and long-term research and development. So confident was the company in the quality of their new models, they offered a 10-year/100,000-mile warranty on all vehicles sold in the United States.

The plan worked. By 2004 Hyundai tied with Honda for brand quality, second in the industry behind Toyota, according to J.D. Power and Associates.

Yet, the question remains: would Korea have built better cars sooner had they faced competition here in the Korean market?  On one side there are those that say protectionism and government intervention assured that the fledgling industry was allowed to grow unhindered. The flip side is there are those who believe that competition with foreign makes would have forced Korean automakers to innovate faster to compete, thus creating a better product much earlier than they did.

No matter your position, today’s results are undeniable and the rest, as they say, is history.  As of this year, Hyundai/Kia became the fourth largest automaker in the world selling a combined 3.19 million vehicles worldwide over a six-month period–180,000 more than Toyota. This is a testament to the market-proven quality of the product, as sales continue to rise worldwide.

And much the same, the future of the industry is as good a topic for speculation as to the past. With the growing popularity of foreign brands in an increasingly open market, will companies such as Hyundai/Kia, which currently holds over 70% domestic market share, rise to the occasion in their first bouts with foreign competition here at home? 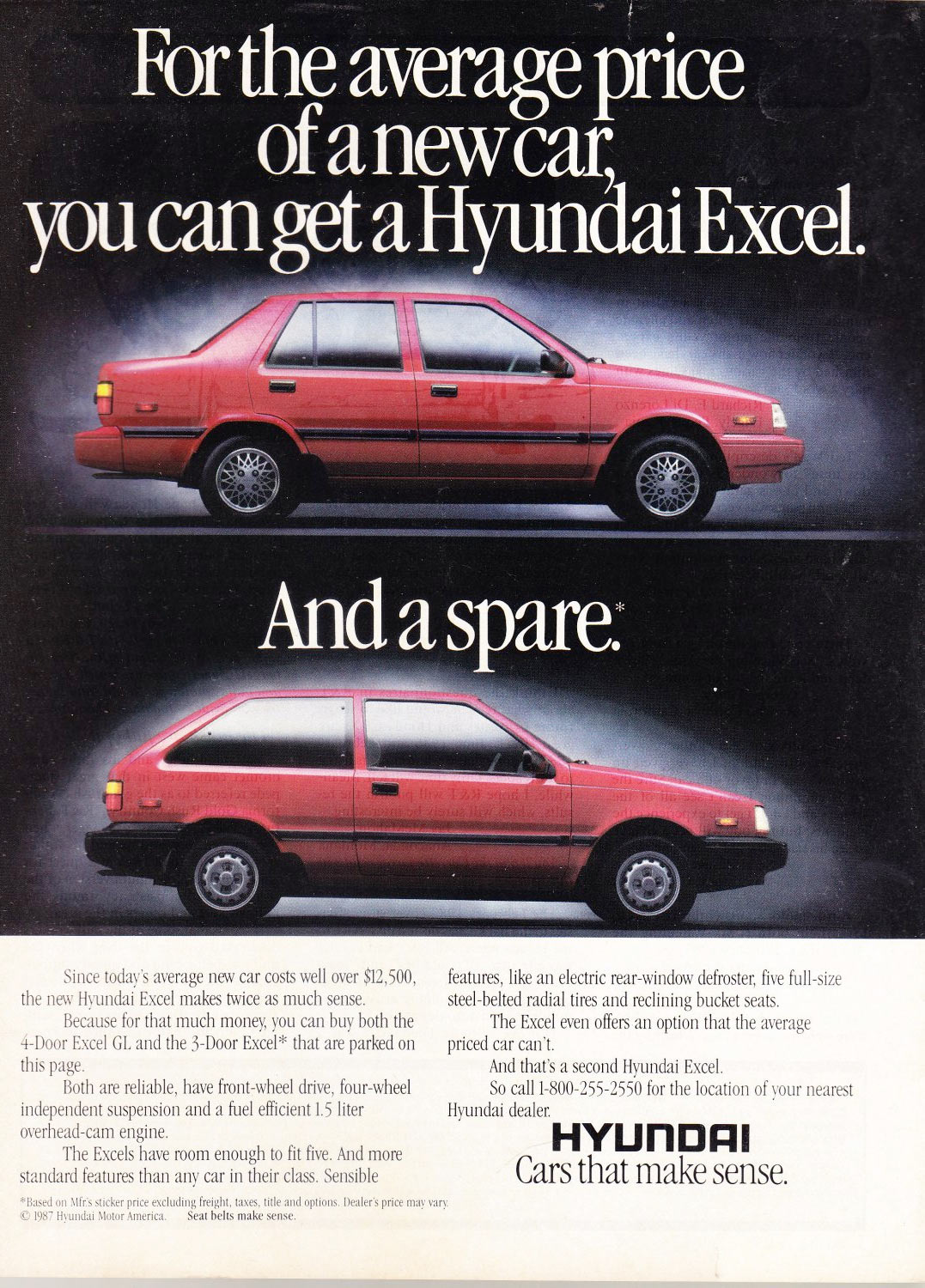 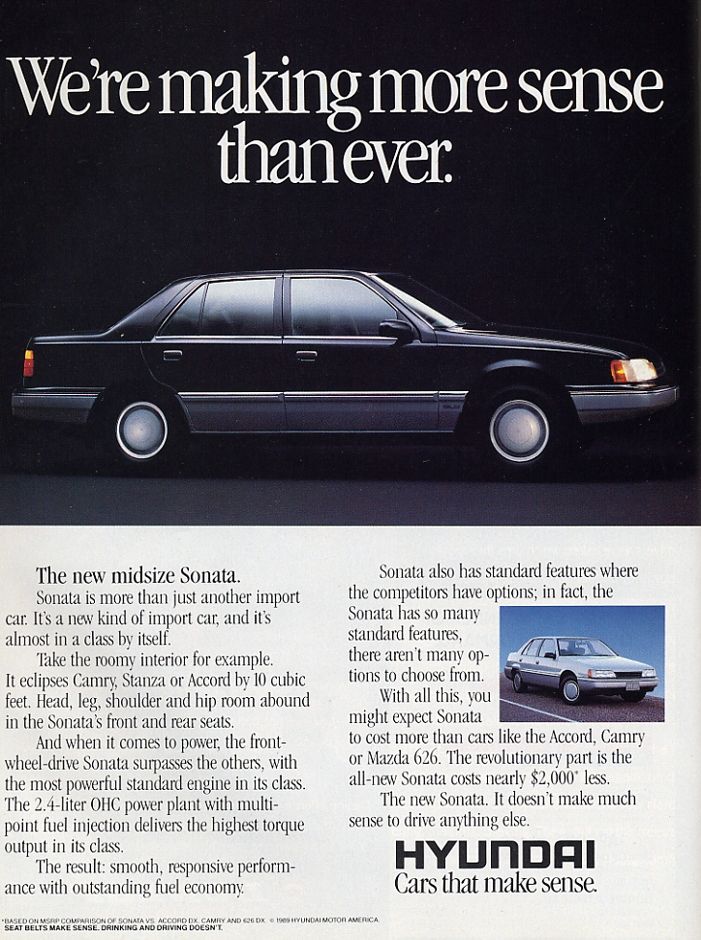