American TikTok star Addison Rae is facing criticism for posting a photo on Instagram wearing a “Holy Trinity Bikini,” from the brand Praying, as part of a collaboration with Adidas.

The photo, which has since been deleted, shows Rae wearing the $100 white swimsuit with a religious message with the words “Father” and “Son” on each part of the top.

While the image only captured Rae’s top half, the bottom of the bikini reads “Holy Spirit.”

While some supported her, negative comments flooded in such as “Nah this disrespectful to Jesus. Sad what y’all do for money”, while another wrote: “This is not okay! BLASPHEMY!”

Another posted on Twitter that “these people” could face God’s wrath—though the post itself had a photo of the bikini.

All I'm going to say is—these people are going to learn the hard way not to play with GOD. Just wait and watch. pic.twitter.com/qsFdAyYEao

Over the weekend, Christina Aguilera posed on Instagram in the French version of the two-piece—with “Père,” “Fils” and “Esprit Saint” in a video captioned, “A religious experience.” Her post, however, did not draw the same criticism as Rae’s, whose reported net worth in 2022 has already hit $US15 million according to reports.

The brand has posted other images of the bikini that have been sharply criticized with one commentor saying: “This is WAY out of line, and extremely disrespectful!!” 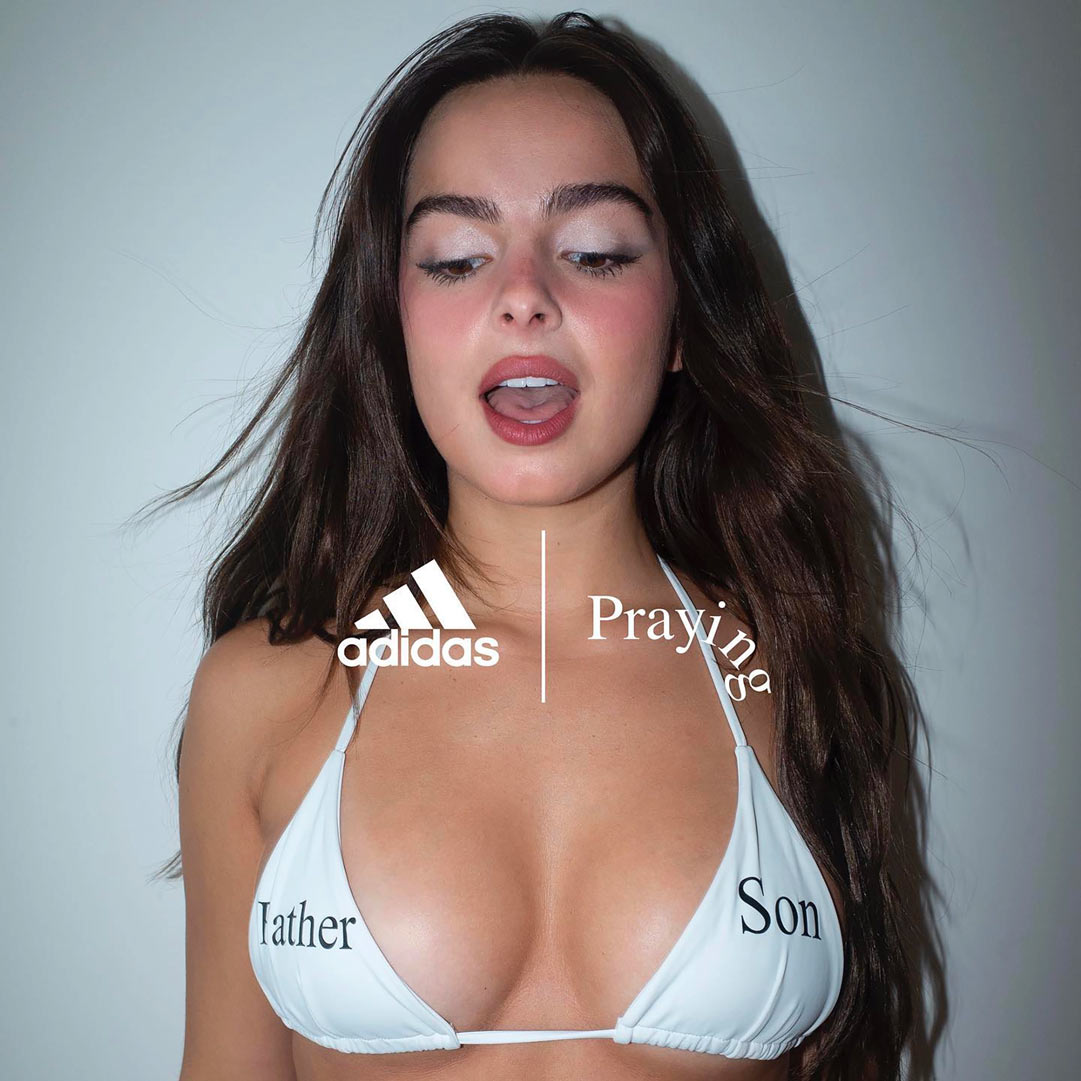 The item is still available on the brand’s website here.