Malaysia Airlines Rebrand is Coming – How Big Will it Be?

We’re one week into December 2015 and this is an auspicious month. But it is not just auspicious because of the holidays, it will be remembered as the month Malaysia Airlines launched its new brand.

You only need to look at recent images of the Malaysia airlines CEO Christoph Mueller to see how stressful it is cutting 7,000 jobs from a bloated workforce, reducing the number of suppliers from 20,000, (yes 20,000) to an industry average of around 2,500, renegotiating sweetheart deals such as the one with the caterer and changing the focus from that of a a global carrier to a regional one.

But there is plenty of good news for Mr. Mueller and the industry. Global passenger traffic is up 6% this year and long term, Airbus predicts the Asia Pacific region will lead the world in air traffic by 2034 with 41% of all passengers.

Meanwhile, aviation fuel, which accounts for anywhere from 40% to 55% of an airline’s operating cost is down more than 40% year on year. And as this saving doesn’t appear to have been passed onto passengers, Malaysia Airlines could make a profit earlier than the predicted 2018. 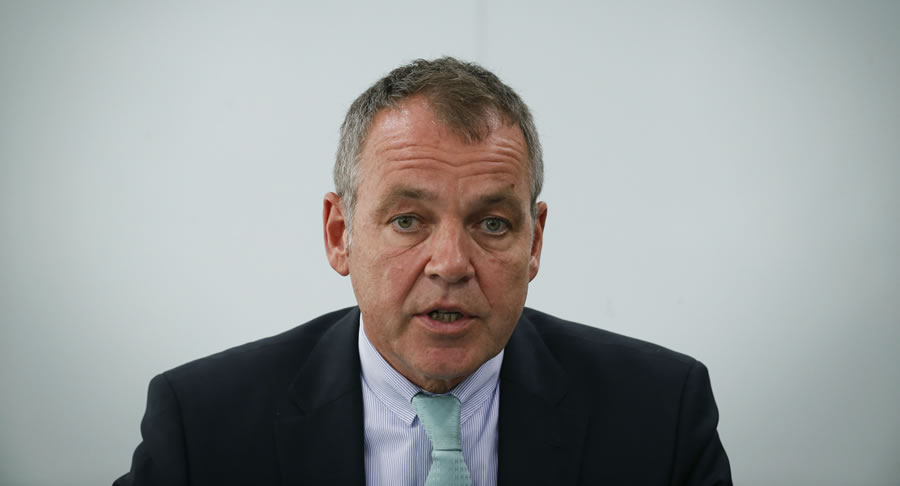 “The entire brand needs a ‘refresh’ and will be like a start up with a new culture, values and ideas.”

So with huge reductions in the cost of operations, improved efficiencies and a new brand, things are looking up for MAB. But the road to the new brand has been uneven. Reuters announced in late May 2015 that a new name, livery and rebrand would be unveiled in June 2015. This didn’t happen.

In late July 2015, it was reported that M&C Saatchi had won a four-way pitch to ‘refresh’ the brand and was going to be working on the ‘refresh’ with Prophet, a predominantly US centric brand consultancy with a regional office in Hong Kong.

Only six months earlier, Lara Hussein the head of M&C Saatchi is reported to have said, “I don’t think rebranding is the answer. To change the name, image or logo would appear to be superficial and not trigger any change in perception.”

She’s right of course, to change the name, image or logo would be superficial, but that’s not a rebrand.

Some of the planes I’ve flown recently, from the B737-800 to the A380 have looked tired. and the business class lounge at KLIA is more like a cafeteria.

Most recently, the CEO of Malaysia Airlines stated, “The entire brand needs a ‘refresh’ and will be like a start up with a new culture, values and ideas.” That’s more like it.

He also admitted that the airline had “fallen behind in the past three years and the rebrand would be much more than a new name and coat of paint”. He said the focus would be on ‘making the customer experience change’.

OK, now we’re getting somewhere. All the talk of logos, image and refreshes was beginning to concern me.

According to Mueller, from December 2015 the airline, “will begin installing new cabin seating and improving inflight entertainment, customer service and on time performance. New technology, lounge concepts and catering would be introduced and the uniforms may change.”

Now we’re cooking with gas and I’m excited because this is more like branding and these changes are long overdue. Some of the planes I’ve flown recently, from the B737-800 to the A380 have looked tired and the business class lounge at KLIA is more like a cafeteria.

He’s banking on the new product improvements to renew customer confidence and trust in the brand. But while these upgrades are important, it will take more than a new lounge, new seating and new equipment to revive the brand. After all, these changes will only bring the brand back up to speed with the rest of the industry.

Branding success in the aviation business comes with a number of small successes at key touch points in the customer journey. And these successes are built on delivering value on the customer’s terms.

Nowadays that journey begins not with an advertisement but with the customer discovering the brand, most often online or, in the case of the lucrative but undervalued existing customer during the relationship that the airline builds with the customer once they have finished their journey.

At every step of the way, those experiences involve interactions with personnel that know how to represent the brand and deliver that value.

Having been a customer of Malaysia Airlines for over 21 years, and having flown nearly 100 times on the carrier since MH370 I can say, with some authority that the majority of staff don’t understand branding and the role each of them has in the success of the brand. 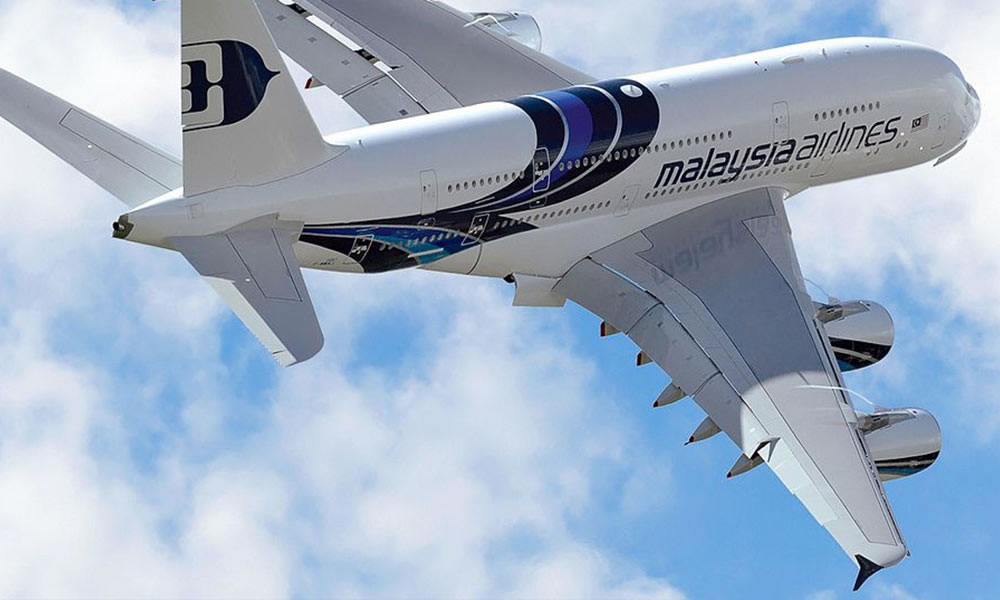 It’s not their fault because years of mismanagement have inculcated the ‘tidak apa’ (Don’t care) culture across the organisation. It’s not that the airline or its people are bad, it’s just that it has been driven into the ground in an attempt to milk it for every penny. And this has created a sense of every man for himself.

The mismanagement has created an organizational culture that lacks the required values. All of its processes, attitudes and systems have evolved to do the bare minimum required to get by. Recently, in an attempt to try and stem the hemorrhaging with the layoffs and supplier renegotiations, morale has hit rock bottom and the company is hanging even further over the precipice.

So will the rebrand make a difference? We’ll have to wait and see. My concern is that it is going to be advertising and promotion driven. A ‘big idea’ will be created and pushed out across the world in a massive advertising blitz that will make a big splash before being lost in all the noise.

We’ve seen this approach before and it doesn’t work. In an era when delivering value to customers has become the norm, Malaysia Airlines’ seems to be struggling to come to terms with the new branding order. 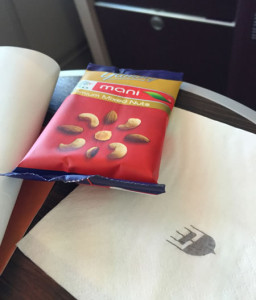 The current snack offering for Malaysia Airlines business class passengers on the A380. (Photo Marcus Osborne)

Numerous personal experiences, countless anecdotes and negative reviews, comments and discussions on and offline talk about the airline not caring or negative interactions with staff.

In an era when customers not companies define brands, and they define those brands based on the economic, experiential and emotional value those brands deliver to them, the rebranding of Malaysia Airlines will be successful only if the firm gets to know its customers and staff are primed to deliver consistent, knowledgeable, exceptional, personalised engagement with each of the very diverse audiences.

It may be that Mr Mueller doesn’t want to go this route. That the investment will be too much and his ‘start up’ will be a glorified low cost carrier masquerading as a national carrier. The ramifications of such a move on the Malaysia Nation brand will be substantial and only negative. Let’s hope that’s not the plan.

I prefer to remain positive. Today is December 1st 2015. The country and the world is watching and waiting for the new brand. I hope they get it right. My next flight on Malaysia Airlines is on December 8th. I’ll let you know if anything has changed.