As brands rush in to get their name out there in association with Chinese New Year, Burberry decided their campaign theme would be the celebration of family traditions and togetherness with a series of photos featuring their new brand ambassadors and actresses Zhao Wei and Zhou Dongyu.

This is a group of people who plan to kill this ultra-rich grandma and keenly fight over her inheritance.

The images were shot and directed by photographer Ethan James Green with the creative drive centered on a modern spin on the concept of the classic family portrait.

“The campaign draws on the concept of families reuniting for the most important holiday of the year, and represents a sense of belonging, but in a very fresh way,” said Lost In Hong Kong star Wei in a statement. “It was great fun being back on set with Zhou Dongyu — I enjoyed it very much!”

A portrait of togetherness, gathering the cross generations of family for a seasonal celebration. Starring #ZhaoWei and #ZhouDongyu; directed and photographed by @EthJGreen
https://t.co/Ax1e8koilD pic.twitter.com/33rK1SuHcw

While there has been positive reactions to the campaign, (including our staff, which likes it) some on the mainland have made a point to ridicule the images of the rather somber looking models, as “creepy” and lacking the festive feel of the holiday.

According to the Strait Times, one user, Ha Pi Zou Jiang Hu, said of the campaign: “What a creepy family portrait. It looks like a horror movie.”

Another on Burberry’s Weibo page asked: “Am I the only one to say pulling a long face does not go well with the Chinese New Year?”

“First Balenciaga, then Dolce & Gabbana, and now Burberry? Chinese New Year is a time for family reunions, joy and luck. These people look like actors in a horror movie,” wrote another according to Channel New Asia. 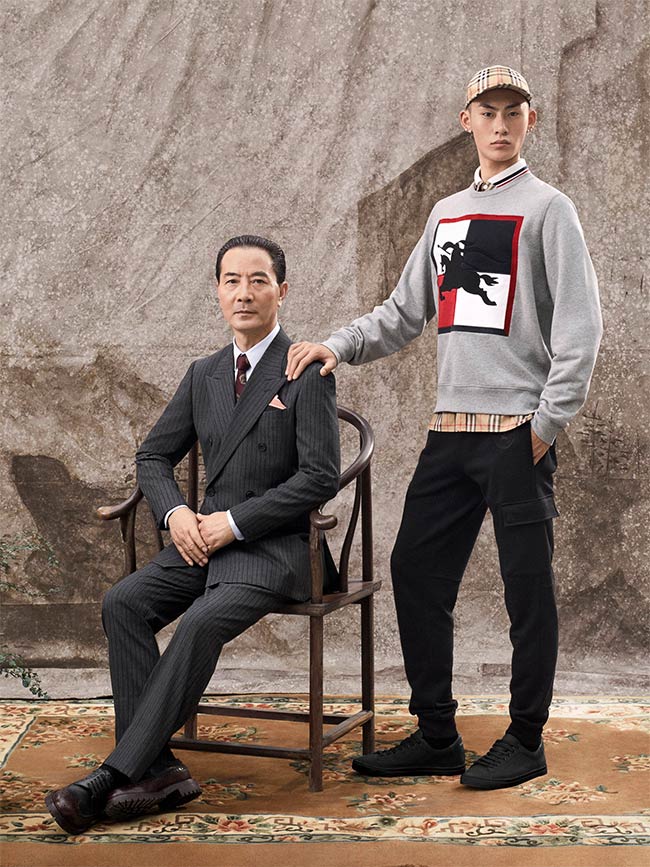 Some were humorously macabre in their assessment.

“This is a group of people who plan to kill this ultra-rich grandma and keenly fight over her inheritance,” wrote miaomeili.

Others, such as Weibo user, Juuudy Zhu, had a more positive takeaway from the campaign saying that she was “really sick of seeing a happy Chinese New Year”.

“The Spring Festival is not just a false appearance of bliss, I see a big label with a global vision viewing the Chinese festival with a more tolerant perspective,” reported the Strait Times.