Whitwam will report to Martin Conneen, President of Asia Pacific, and will oversee the agency’s three offices in Shanghai, Beijing and Guangzhou, ensuring the consistent delivery of best-in-class communications programs for the network’s global and local brands.

“Under Bryce’s leadership, we have seen Wunderman Shanghai grow not only on the business front, but also in terms of depth of offering and breadth of capabilities,” said Conneen. “We’re sure Bryce will bring his trademark energy and dynamism to this new role, helping fulfill Wunderman’s global vision of delivering creative ideas and strategies that are fueled by data.” 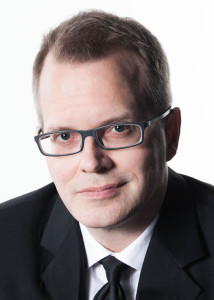 A fluent Mandarin speaker and twenty-year industry veteran, Whitwam is one of Asia’s pioneers of non-traditional advertising, specializing in digital and retail communications, brand activation and promotions.

He is known in China for his auto category expertise having developed successful campaigns for Ford, Volvo, Jaguar and Land Rover.

He also has rich telecommunications category experience having run teams for Motorola, Nokia and Orange. Under his leadership, Wunderman was recently awarded Silver and Bronze by Campaign Asia Pacific for their 2015 Agency of the Year in the Greater China Specialist and China Digital categories, respectively.

“China is a market that many consider only in terms of its size but after a decade here I’m acutely aware of its nuances and diversity as a sub-continent in itself,” said Whitwam.

“I’m excited to be taking on this new role, honored to be adding Beijing and Guangzhou to my Wunderman remit and look forward to delivering the agency’s promise to clients across the region.”

“I am delighted that Bryce is expanding his role to lead Wunderman in China,” said Mark Read, Global CEO of Wunderman. “He is committed to the market, having lived in Greater China for 24 years, and has an exceptional knowledge of the industry there.”

Whitwam will remain based in Shanghai where he was most recently Managing Director, having started at Wunderman Shanghai in 2008 and growing the business from 28 to 250 people in just seven years.

Prior to Wunderman, Whitman held various positions across Asia at AC Nielsen, RTC and Lowe & Partners. In 2005, Whitwam relocated to Shanghai with Ogilvy and later joined Nitro Advertising as Managing Partner. His campaigns have won over 25 regional and international awards.