Every woman is Wonder Woman.

Häagen-Dazs has launched a new global creative campaign in partnership with the movie Wonder Woman 1984, celebrating female empowerment and encouraging women with the call to arms: “Don’t Hold Back”.

This global partnership between Warner Bros. and General Mills is the first of its kind for Häagen-Dazs, with activity coordinated across all the brand’s major markets. According to the release, the integrated campaign created by creative agency Space aims to tie together the Häagen-Dazs brand message for people to be their real, unfiltered selves through extraordinary moments, with Wonder Woman 1984’s call for women to be confident and unleash their inner and real Wonder Women.

The campaign is led by a 30-second musical spot showing just what women can do. And what’s the answer? Well, anything of course. From chopping a pint of ice cream in half to taking out security cameras from distance using a Wonder Woman throwing star to being the bell of the ball, nothing is out of reach.

The clever ad jumps back and forth between the action star and everyday women. It’s a fun call to action; every woman out there is Wonder Woman in their own right.

#DontHoldBack will celebrate Wonder Woman’s iconic Empower Pose, encouraging women to take and share their own versions of the pose. Messages and poses will be amplified by influencers and UGC. The global campaign supporting the partnership includes advertising across Häagen- Dazs Shops and cinemas, social media, influencer, brand experiences, sampling, in-store, digital, OOH, and radio.

Wonder Woman 1984 Limited Edition packs have been created to launch in the UK and Germany on Amazon, as well as exclusively in UAE at the Wonder Station at the Mall of Emirates. Integrated with global advertising collateral, merchandise and product giveaways, and social media visuals and video assets, including a 25-second hero film.

In India, an Instagram Reels campaign called ‘Change the Label’ celebrates women who refuse the negative and stereotypical tags prescribed to them and define their own identities by not holding back.

In Latin America, influencers celebrated their wonder, inviting others to do the same using the Häagen-Dazs and Wonder Woman 1984 social filter. Coupled with impactful OOH comms, POS, a Revlon partnership, and sampling activity within cinemas.

In the UK, with the in-home entertainment launch on premium video-on-demand platforms, Häagen-Dazs & Wonder Woman are celebrating the release by ‘sticking it to January Blues’ even in lockdown.  Via a partnership with Deliveroo, thousands of households across London and Manchester will get a surprise Limited Edition Wonder Woman 1984-branded stick bar.

“This collaboration with Wonder Woman 1984 is a great example of that: a distinctly bold yet joyful experience for our consumers as we start 2021, with a cultural icon and protagonist who is a bold, empowered, and authentic embodiment of the brand’s Don’t Hold Back spirit perfectly aligned to the movie’s theme of hope and upliftment. This partnership is a perfect match as our own brands also call on women to be their real and authentic selves.” 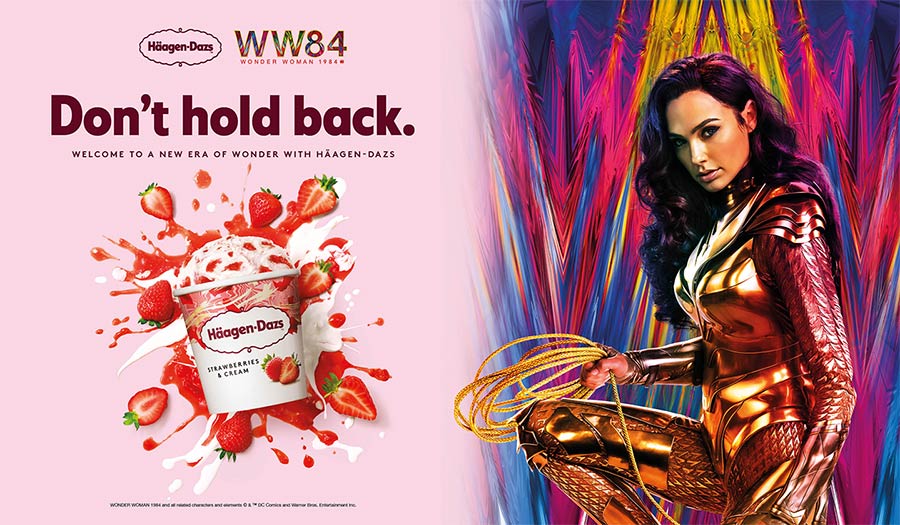 “This was an incredible opportunity to build a global campaign which unites two iconic brands in a first for Häagen-Dazs,” added Sean Kelly, Associate Director at Space. “We’re excited to see how each country is adding their own unique spin to celebrate and empower their audiences.”

The Wonder Woman movie was officially released in theatres and via streaming on the 25th of December in the US and via streaming in Asia and Latin America; in the UK on the 13th of January; and a staggered release in other markets throughout the world. 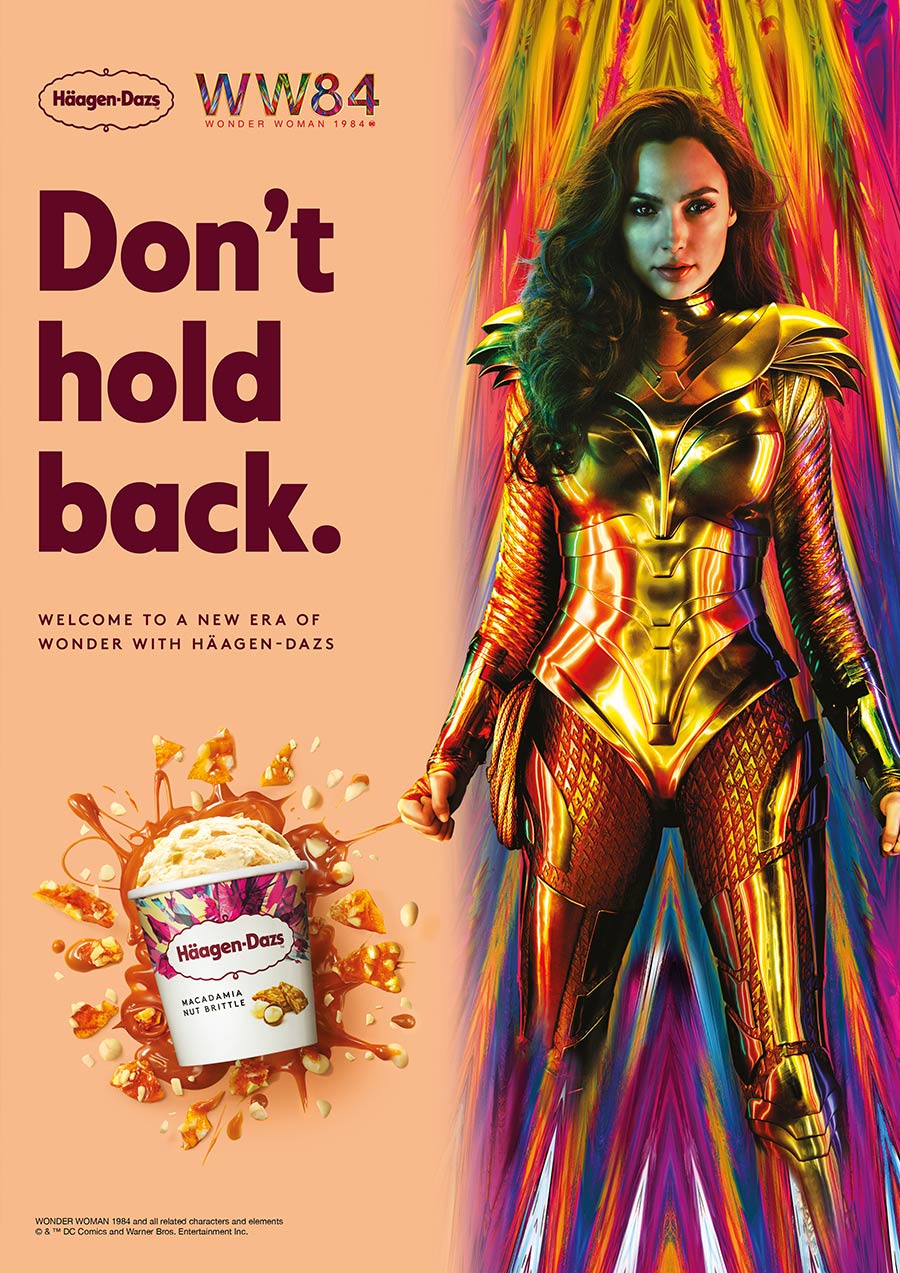