With body temperature acting as an early detection measure for COVID-19, thermographic images now universally evoke negative and bleak sentiment. TBWA\Hakuhodo decided to flip this concept on its head by using human body temperature in real-time to create content that warms the mind and body, while showcasing the core appeal of heattech – keeping you warm from your own heat – and conveying the importance of staying safe and warm during winter.

In collaboration with the interactive designer and programmer Daito Manabe, visual artist Raven Kwok, and singer, songwriter, and music producer Akini Jing – the campaign aims to bring a message of ‘We Stay Warm Together’ to a world facing a challenging winter amidst the ongoing global pandemic. 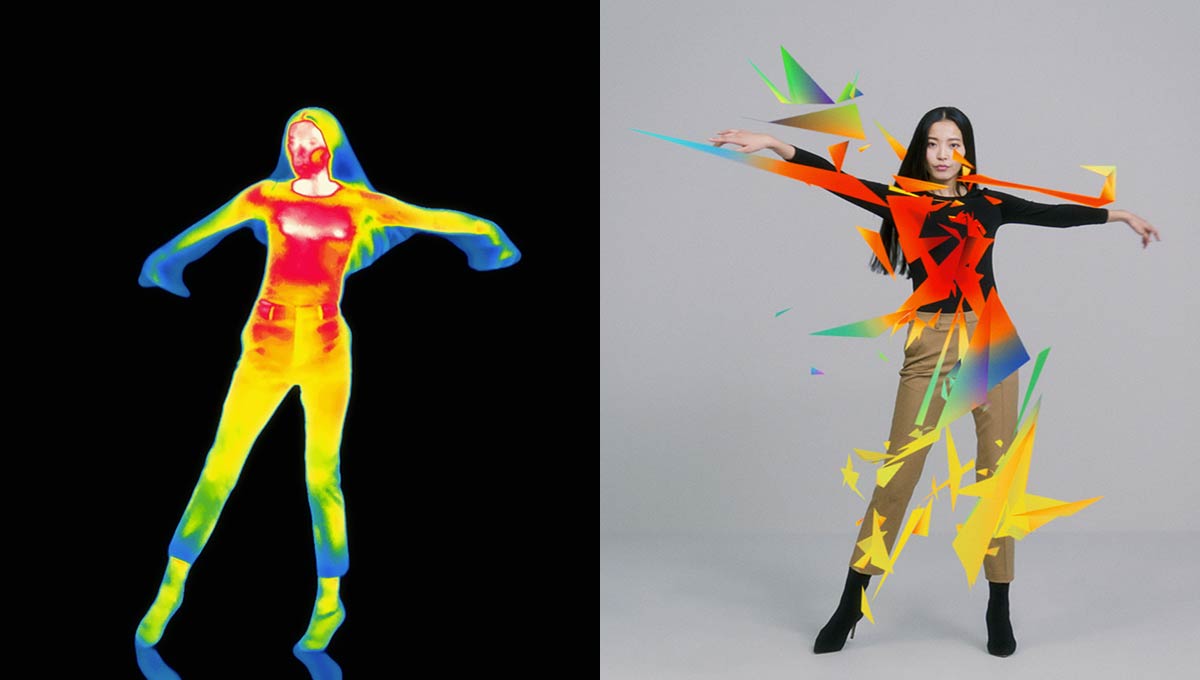 “The data captured by a thermocam is usually just tasteless infrared radiation energy and temperature, which is often used as a check for measuring body temperature,” said Daito Manabe, Rhizomatiks Artist/Interaction Designer/Programmer/DJ. “However, by not only sensing the data but also using it as material for creating dynamic and playful graphics, the act of measuring body temperature has changed into something truly exciting.”

The integrated campaign also features behind-the-scenes footage of the artists experimenting with the technology and an Instagram AR filter for people to experience the ThermoArt using their own smartphone. 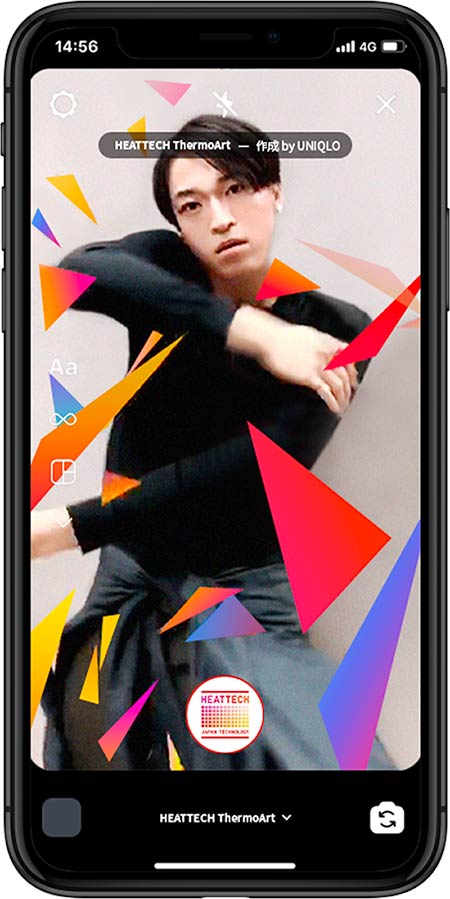 “Our aim was to stay true to Uniqlo’s philosophy of ‘The Art and Science of LifeWear’, whilst also creating a relevant message for a world entering a winter like no other,” said Naoto Ichikawa, TBWA\HAKUHODO Creative Director. “We wanted to use body temperature to not only showcase the heattech functionality but also to create positive and warm digital content and experiences for people stuck at home due to the pandemic.

Daito Manabe
An artist, interaction designer, programmer, and DJ based in Tokyo. He founded Rhizomatiks in 2006 and creates works by reinterpreting and combining familiar phenomena and materials from different perspectives.

Raven Kwok
A visual artist and creative technologist. His artistic work and research activities focus primarily on the exploration of generative visual aesthetics brought about by computer algorithms and software processes. He graduated from Rensselaer Polytechnic Institute (RPI) in 2014 with an MFA in Electronic Arts and has exhibited and screened at media art and film festivals around the world, including Ars Electronica, Electronic Language Festival (FILE), Vienna Independent Shorts (VIS), Punto y Raya (PyR), Resonate and Fiber.

Akini Jing
A singer, songwriter and music producer, born in Yunnan Province China, she focuses on space, technology and people. She is also a songwriter and music producer and has collaborated with music talents who have sold more than 10 million copies. In 2019, she began her career as Akini Jing, a cyborg with a unique and impersonal perspective. Her cyborg concept album, Plastic Heaven, was released in the fall of 2020.