The Kiwi Wine Boom in Korea

It’s no secret: wine has taken off in Korea. This witnessed by the swarm of international wine producers vying for an ever-increasing market that at one time devoted little if any shelf space to the glorious grape to one that now features wine advisors in nearly every major store to assist the peninsula’s relatively novice wine consumers.

Impressive numbers on the growth rate in the Korean wine market bear this out. Following an initial boom from 1999 to 2005 of 238 percent, recent research projects that by this year, Korean wine consumption will have reached 83 percent of the market, giving the peninsula one of the largest increases across the globe.

One of the countries making a big push into the South Korean market is New Zealand, which traces its wine lineage back to 1851, when the country’s oldest existing vineyard was established by French Roman Catholic missionaries at Mission Estate in Hawkes Bay, a wine producing region that has since become company to a total of 10 regions producing wine in the island nation.

“It was the Sauvignon Blanc from the Marlborough region of the South Island that put New Zealand on the map, but Chardonnay and Pinot Noir exhibit a blend of Burgundian tradition with Kiwi character.”

Though the Kiwis are noted by many critics as producing the world’s best Sauvignon Blanc, the country produces a full range of wines which contribute to one of the fastest growing wine industries in the world that saw the number of wineries increase from 238 in 1996 to 703 in 2012.

Not only are the numbers increasing, but the Kiwi reputation for producing high quality wine has remained securely intact with the remarkable growth, as noted by renowned UK wine critic Paul Howard.

“It is a testament to the skill and craft of New Zealand producers that poor examples are infrequently encountered,” said Howard, adding that “the quality trend is still very much upwards.”

In an effort to expand the country’s reach not only into the booming Korean market, but to the whole of Asia, the Kiwi Chamber of Commerce has been helping forge inroads into the highly lucrative and largely untapped markets of Asia.

Next month, to help promote and educate the public on New Zealand wine, the chamber will host two wine festivals, one at the Grand Hyatt in Seoul April 18 and then another the following week at the Park Hyatt in Busan. This will be the fifth annual wine fest in South Korea’s capital city and the first in Busan, where the market is growing faster than in much of the rest of the country.

By putting on wine festivals and other events, the Kiwi Chamber aims to promote the Kiwi wine industry to its fullest says the group’s chairman Lewis Patterson.

“The mission of The Kiwi Chamber is to continuously assist in promoting New Zealand industries, and our vast array of vintage wines provides us an excellent vehicle to achieve a large portion of that goal,” said Patterson.

“Through our fifth annual festival in Seoul, and with the addition of our exciting new event in Busan, we aim to share these fine wines with both the Korean and expat public, and increase the positive perception of all that New Zealand has to offer.” 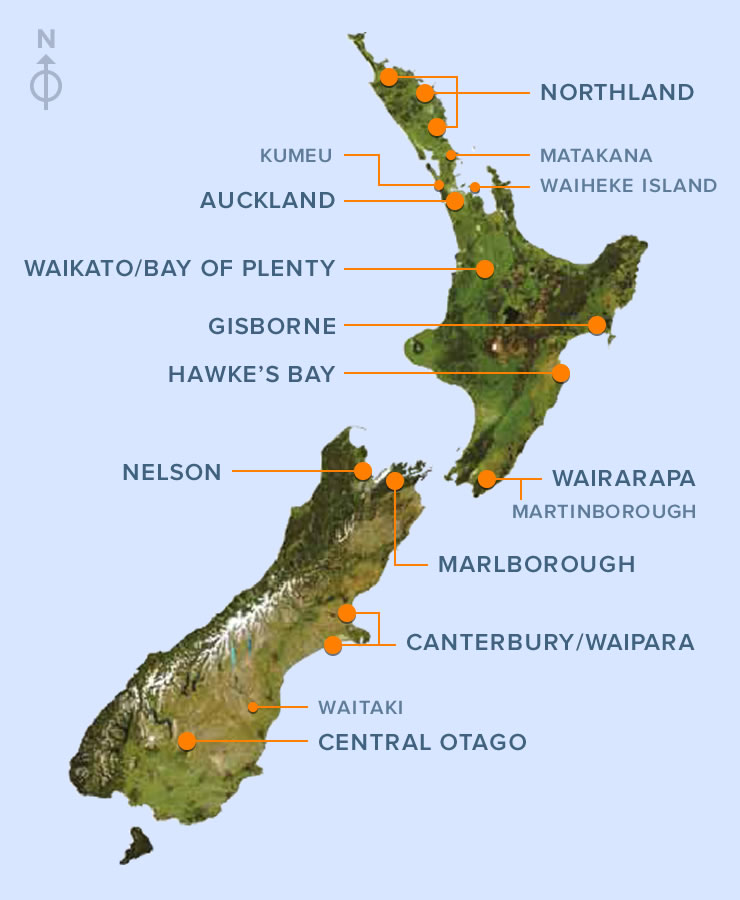 While the broader aim is to promote New Zealand and her business community, the two wine events slated for May 18 in Seoul and then May 25 in Busan are all about the grape.

“Demand for New Zealand wine in Korea continues to grow each year as wine lovers strive for a healthier well-being lifestyle,” said Mr. Patterson. “As a flagship event of The Kiwi Chamber, our aim is to deliver a New Zealand wine experience in Korea where quality is found in every glass.”

Korea’s wine market offers an interesting challenge to international wine producers, as it is a very young market with relatively little experience with choosing wines. Following deregulation of imports in 1988, the initial demand in Korea centered on sweet and fruity wines of medium to low quality. Recent years have seen the taste turn more to the high-quality range focused mainly on red wines. Market watchers attribute the popularity of reds to greater health benefits and Korea’s “well-being” dietary trend.

Not only is the market itself young and eager to learn the intricacies of choosing the right wine for the right occasion, those Koreans drinking the wine are they themselves a young demographic. According to wine market research group Vinitrack, over a third of the country’s imported wine drinkers are aged 29 or younger and are largely drawn to wine for the trendy and sophisticated reputation it enjoys on the peninsula.

Haps’ wine critic Anthony Velasquez views Kiwi wines as a perfect fit for Korea’s expanding interest and sees Korean consumers saddling up with what much of the wine world already knows about the reputation of Kiwi wines.

“With its diversity of microclimates, terroirs and grape varieties, yet consistent production of high-quality wines, New Zealand has garnered a cultish following from oenophiles around the world,” said Velasquez. “It’s likely to happen here as well.”

And what would be an article about wine without a few recommendations? Velasquez offers up some picks for the next time you’re shopping for a good bottle or two.

“It was the Sauvignon Blanc from the Marlborough region of the South Island that put New Zealand on the map, but Chardonnay and Pinot Noir exhibit a blend of Burgundian tradition with Kiwi character. From the North Island, especially for those looking for Bordeaux varieties like Cabernet Sauvignon and Merlot, Hawke’s Bay selections are also well worth seeking out.”

This article originally appeared in Haps Magazine. Photo courtesy of the Kiwi Chamber.