What happens when two hockey teams on two different continents both produce beer from the melted down ice of their respective rinks? That would be a good, old-fashioned beer battle paired with a fine bit of banter (started, of course, by the team that launched their beer one week too late).

Here’s the backstory. The Tampa Bay Lightning won the Stanley Cup in America and beer giant Coors rolled out a beer brewed from the ice of their local rink. Meanwhile, across the pond, Switzerland’s oldest brewery did the exact same thing.

The brewery melted down the ice of the SC Rapperswil-Jona Lakers into a special beer limited to 500 liters. The idea was the brainchild of Wunderman Thompson Switzerland and was unfortunately rolled out just about one week too late.

Banter ensued, started of course by the team that was just a tad late to the party.

“Coors produced in lightning speed. After all, a beer brewed in just a few days can only be a light beer. But as Swiss, we are committed to premium quality,” said Swen Morath, chief creative officer at Wunderman Thompson Switzerland.

To add insult to injury, the Lakers didn’t even win the Swiss Hockey League. They got knocked out in the semis.

“To brew a first-class premium beer in terms of taste, you need one thing in addition to the best ingredients: a lot of time. Nothing works under four weeks,” added Kurt Moor, member of the board Brauerei Schützengarten. 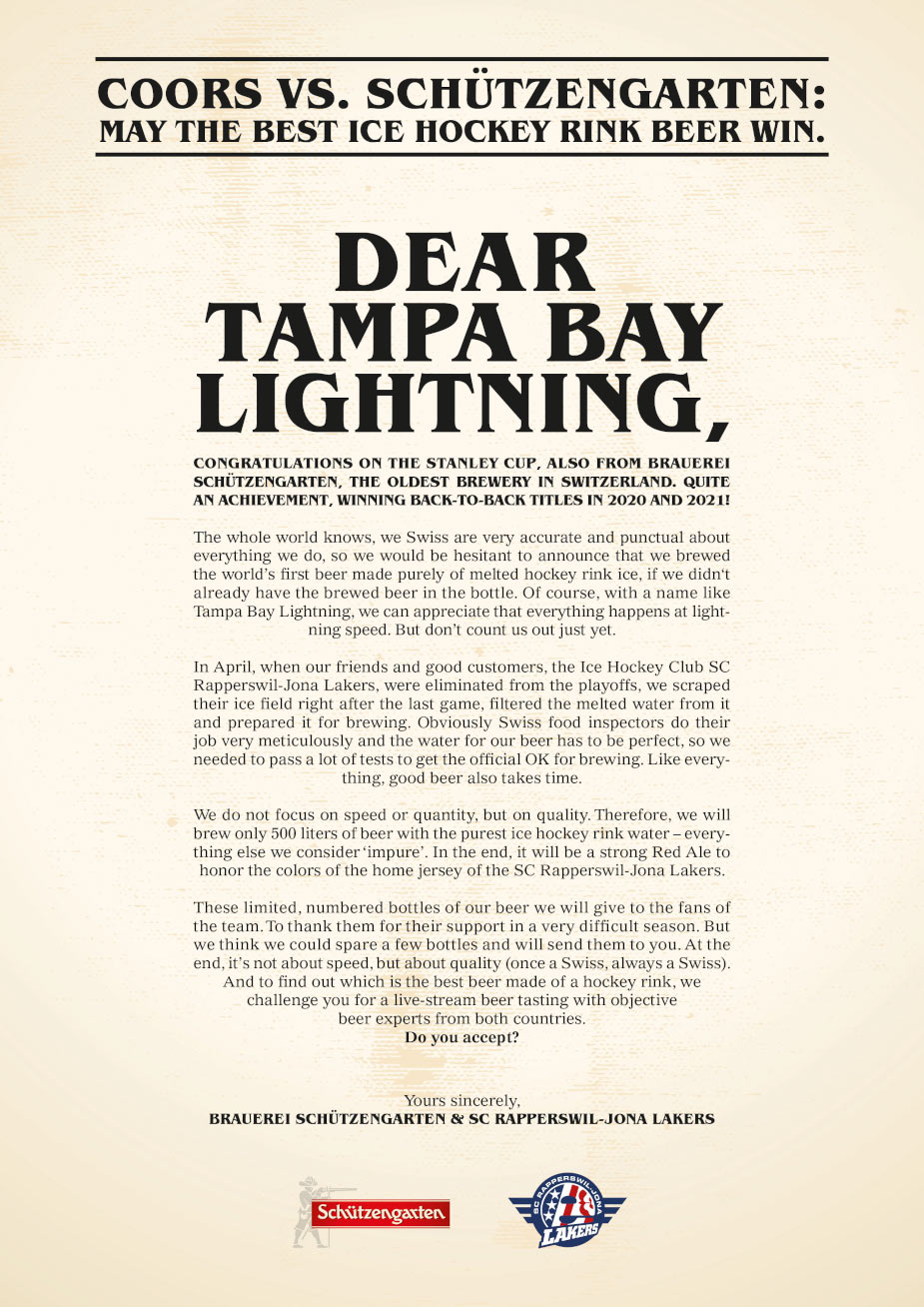 Because they value quality over speed, Schützengarten asked Coors and Lightning via social media and an open letter to do a beer tasting. Once the Schützengarten beer is brewed, they plan to taste each other’s beers together. The event will be conducted by a beer tasting specialist and live-streamed.