Yui Hatano 27, a Japanese adult film actress who is said to have appeared in over 1,200 adult-themed videos, is part of EasyCard’s ad campaign series called “Demons and Angels.”

And no, it is not lost on us that the company name is “EasyCard.” (Nor that you are considered a “veteran” at 27 in that industry.)

EasyCard will release 30,000 “limited edition” copies for sale with some of the proceeds set to go to charitable foundations.

Hatano defended the cards saying that the image being used is not pornographic, adding that she should be allowed to contribute to society. 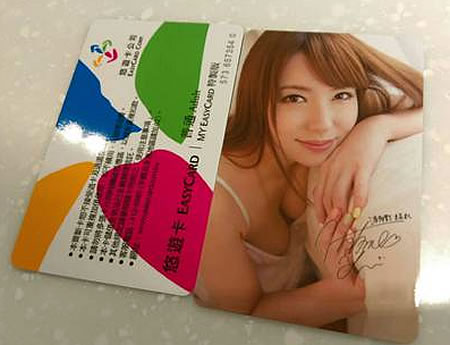 EasyCard told reporters at a press conference that Hatano was not an “official sponsor” and they described the images of Hatano as representing a “healthy aesthetic” consisting of no lurid or suggestive material.

They also asked that customers not make certain “associations.”

This is all of course not without controversy. As the China Post reports:

Several netizens contradicted the company’s claims, saying that one of the images of the forthcoming “Demons and Angels” series was not an original, but taken from the video image cover of a work previously completed by Hatano.

Several media outlets have already confirmed that the image corresponds to a video that was released in July 2014. In a press statement released later in the evening, the company confirmed that it was replacing one of the card covers with another image.

The company estimates that it currently has issued over 54 million cards. An EasyCard spokeswoman stated that the covers would most likely be “collected” instead of being put into use. 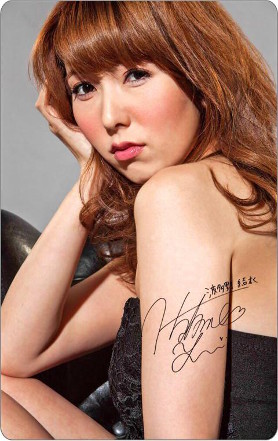 There will be two versions of the cards –one “devil” edition followed by an “angel” edition in mid-September.

You can get your EasyCard set featuring Hatano, for whatever purpose you deem fit, starting Sept. 1st. The two-card set will retail for NT$500 ($15.40)