The straight 8 shootout premiere is back at Cannes for the 4th consecutive year.

Presented by the APA and Cinelab London, straight 8 shootout is a company-to-company showdown to produce the best 2.5 minute film on Super 8 without editing or post-production with the final outcome seen for the first time at its premiere in Cannes.

straight 8’s rules dictate that every shot is taken in story order on a single cartridge of super 8 film, with no opportunity for retakes or editing. Any visual effects, coloring and titling must be done the old-fashioned way: as part of the shoot, with the camera. Entrants send their exposed film cartridges to straight 8’s partner Cinelab London to process and scan.

Super 8 doesn’t record sound. So adding to the difficulty involved, soundtracks are made by entrants without actually seeing their film, and must be original. straight 8 lines up each soundtrack with the first frame of each film and the first time that anyone sees even their own work is at the premiere where ALL of the films – good, bad or ugly – will be screened.

This year, 15 teams from creative companies all over the world have all made films with no creative brief, in a bid to win the showdown in Cannes and donate the prize money to their selected charity.

Get more info and tickets: www.straight8.net 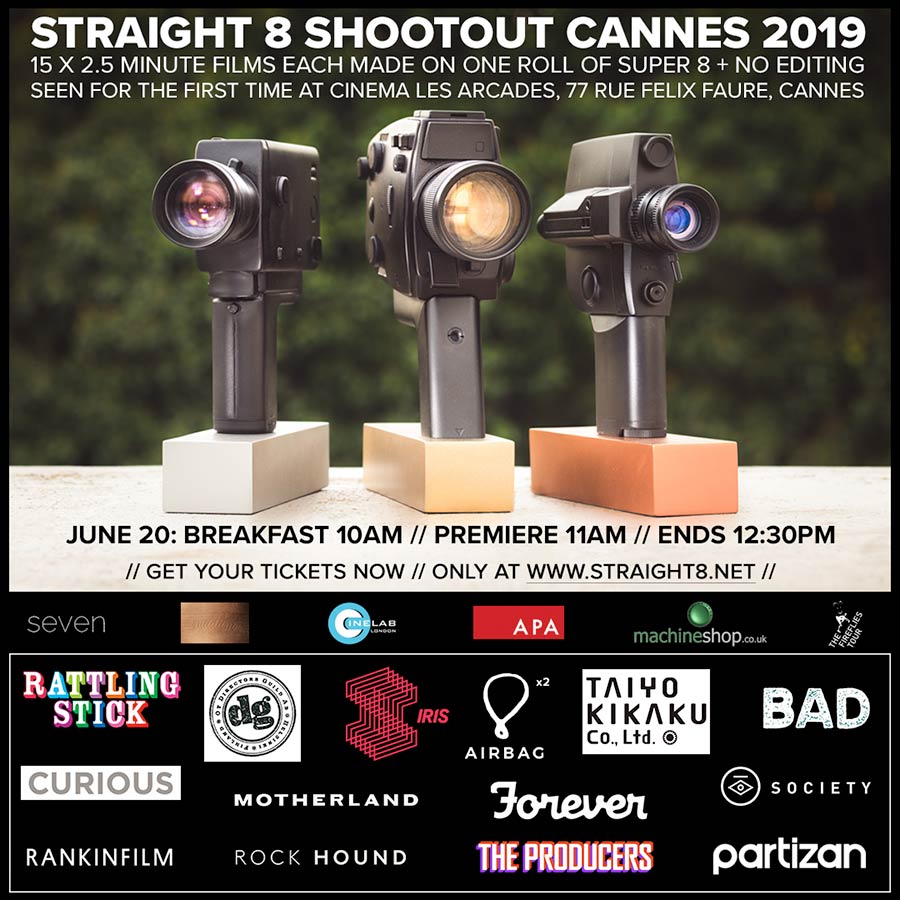 GOQii Calls on Leo Burnett India for Creative and Strategy