Wonhong Cho, executive vice president and chief marketing officer at Hyundai Motor, described the ‘#WhatsNext’ campaign in quite rosy terms for a potential market that has finally allowed women to get behind the wheel – what with, you know, it being 2018. 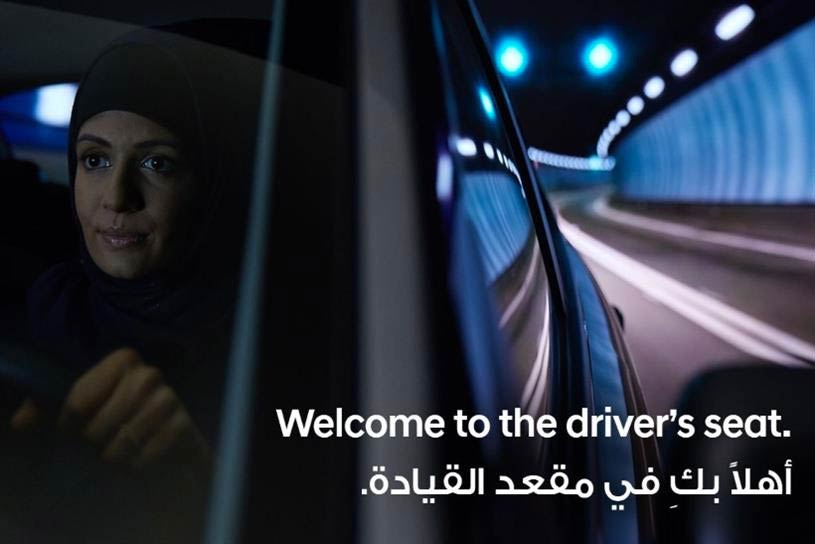 “We designed our campaign based on the unlimited potential that is being introduced to Saudi women, now that they have freedom in mobility,” said Cho. “Hyundai Motor will continue its support for not only Saudi women, but all millennial women throughout the world, who are becoming one of our most important main consumers.”

The ‘#WhatsNext’ campaign celebrates Saudi women’s past achievements and supports their future feats, whilst aligning with Hyundai’s vision to create freedom in mobility.

The main campaign film communicates Hyundai’s message of support to Saudi female drivers, through a narrative that follows a Saudi woman as she pursues her dream career as a fashion designer, movie director, teacher and track athlete.

An entire process that takes place inside.

“There are several societal changes occurring due to the previous ban lift, and Saudi women are welcoming these changes with open arms,” said Hyundai ambassador Bayan Abdulaziz. “I look forward to seeing the numerous roles that women will play in our future society, now that they can drive their own vehicles.”

According to the brand they have also prepared various customer experience programs targeting Saudi female drivers.

“To respect Saudi Arabian cultural sensitivities, which include keeping women’s physical exposure to a minimum, all locally-sold cars will also have pre-installed front door sun shades,” Hyundai said in a release, adding, “In an industry first Hyundai has also invented and installed an Abaya detector system, so drivers do not have to worry about their traditional attire getting caught in the car doors” – which would probably be useful to just about anybody wearing a dress or a long coat.