Samsung Group said 54-year-old Dongjin Koh will take over as president of the mobile communications business from 59-year-old J.K. Shin, who will remain head of the overall mobile division for Samsung Electronics and focus on long-term strategy and developing new growth businesses.

Today’s appointments appear to acknowledge the need to develop a management system that can more proactively respond to challenges from Xiaomi and other Chinese companies.

The move diminishes Shin’s influence on the mobile business as the former cash-cow battles to reverse a slide in its market share to rivals like Apple Inc, Huawei Technologies Co Ltd [HWT.UL] and Xiaomi Inc.

“While it’s true that Shin delivered remarkable performance in the past, it’s indisputable that the Galaxy S6’s results fell short of expectations so a new leader was needed,” Hansung University economics Professor Kim Sang-jo said.

“Today’s appointments appear to acknowledge the need to develop a management system that can more proactively respond to challenges from Xiaomi and other Chinese companies.”

The group’s annual announcement of management changes also saw another top executive moved into a strategic role, with TV and appliances division chief Yoon Boo-keun shifted out of the day-to-day operations of the appliances business.

Analysts said that while the moves at the mobile division were an apparent acknowledgment that change was needed, they did not expect a new strategy to emerge any time soon.

Analysts have said Samsung needed to step up its software and services offerings to revive its mobile business, but Koh, who has held mobile business roles since 2006, had an engineering background like Shin.

“There is no real change and Samsung appears to be continuing on the hardware-centric path,” Chang said.

Jay Y. Lee, 47, has been the de facto leader of the smartphones-to-construction conglomerate since his father and group patriarch, Lee Kun-hee, was hospitalised following a heart attack last year.

Under the younger Lee’s leadership, the group has faced mounting investor pressure to boost shareholder returns and find new growth engines as the smartphone business slows.

Shin, in charge of the mobile business since 2009, was instrumental in delivering record profits through the sales of Galaxy smartphones before a sharp earnings decline starting last year appeared to put his standing at risk. Some media reports said he was on the way out last year. 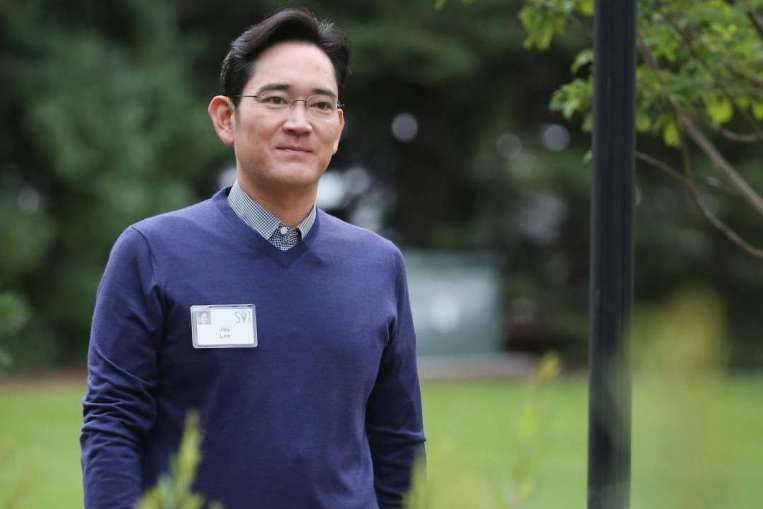 Samsung has implemented new designs and cut prices for high-end products to boost sales, but researchers say its global market share continued to fall from a year earlier during the third quarter.

“This is basically a retirement for Shin,” Chang said.

Others however said that Shin could still exert influence through his role as mobile division chief.

Samsung said Koh, previously head of Samsung’s mobile research and development, played an important role in the development of premium devices such as the Galaxy S6 and the Galaxy Note 5.

The company touted his experience in helping to develop software and services such as its mobile payments service and the KNOX security platform.

“Jay Y. Lee has yet to assume the role of chairman so there’s still some time before we see bigger-scale changes,” said Chung Sun-sup, head of corporate analysis firm Chaebul.com.