Salesforce generated $326 million in Q3 revenues in the APAC region, contributing to 10% of total revenue for the quarter. In the APAC region, primary monetization sources continue to be Sales Cloud, Service Cloud, and the marketing cloud.

According to the Worldwide Semiannual Software Tracker, Salesforce is the highest ranking provider of CRM software in the world for the sixth year in a row due to its functionality depth and its positioning as a digital transformation tool. Oracle, SAP, Microsoft, and Adobe are ranked among in the top five as well, as vendors of packaged business software. 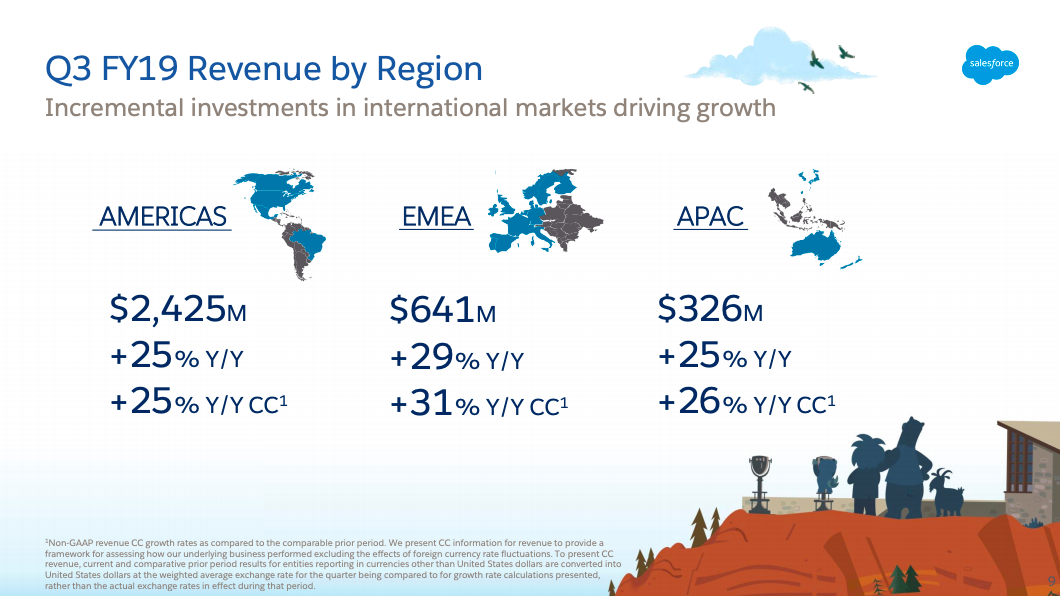 Due to regulatory restrictions limiting verticals such as banking from working with cloud providers that house data warehouses outside host countries, Salesforce also indirectly competes with internally developed enterprise applications created by IT departments. Companies such as Google and Facebook also count as competitors due to offering specialized automation services in in advertising, targeting, messaging, or campaign automation.

By 2019, companies such as Telstra and Telenor will also be categorized as competitors of Salesforce due to rollouts in internet of things (IoT) platforms coupled with AI solutions built on top of integration service providers and API management providers. 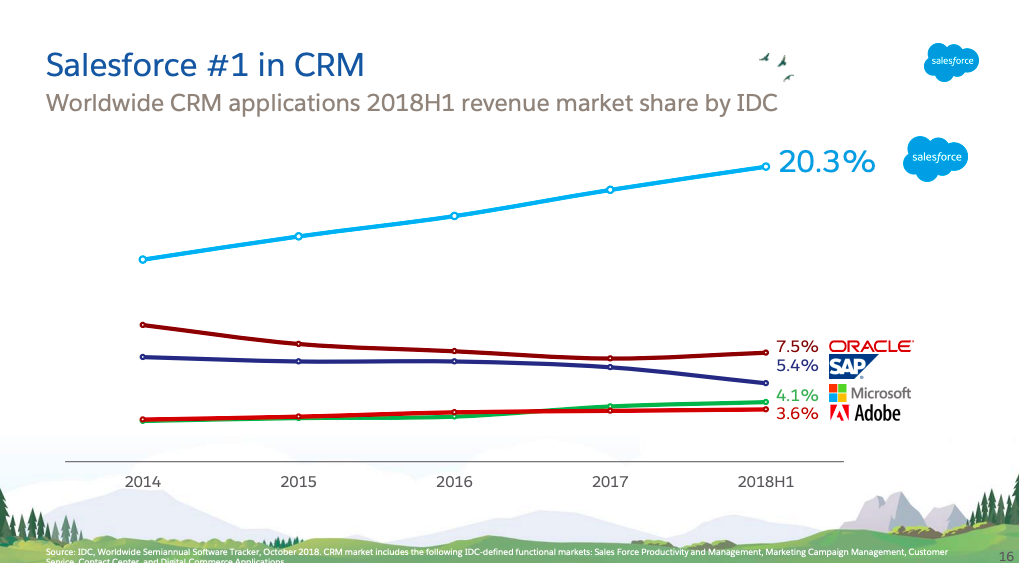 According to its 10k filing with the SEC, Salesforce acquired MuleSoft for $6.4 billion in Q2 2018 to provide its subscribers with the ability to integrate data across platforms. In the next quarter, Dataroma was acquired for $766 million to provide Salesforce customers with a platform that can integrate data across marketing channels and data sources.

Both acquisitions represent a need for Salesforce to build more capabilities into its process mapping, project management, and implementation service segment, representing roughly 7% of overall revenues.

While subscriptions and support represent 93% of overall revenues, a 10% customer attrition rate has been a consistent pain point of demand planning, with acquisitions expected to play a role in cracking down on the problem and growing loyalty. 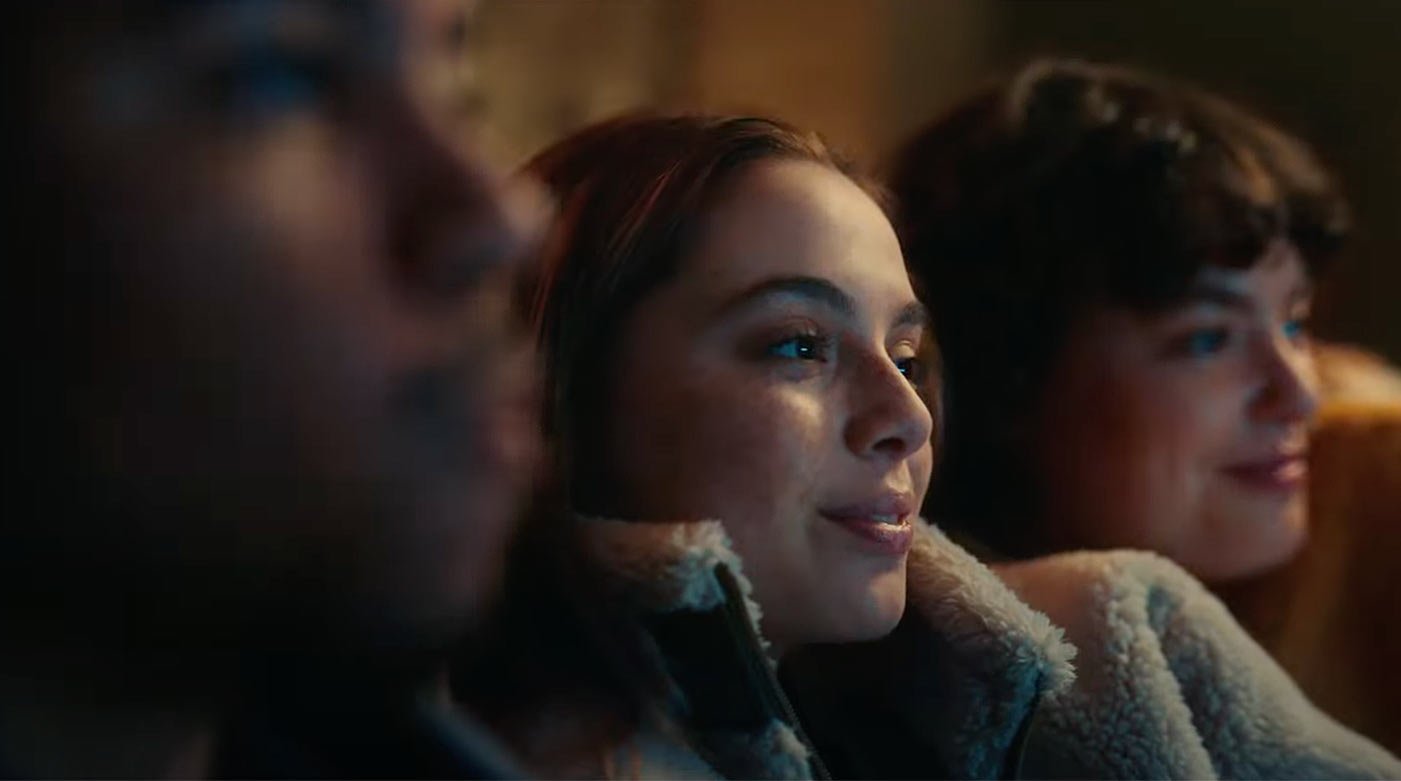 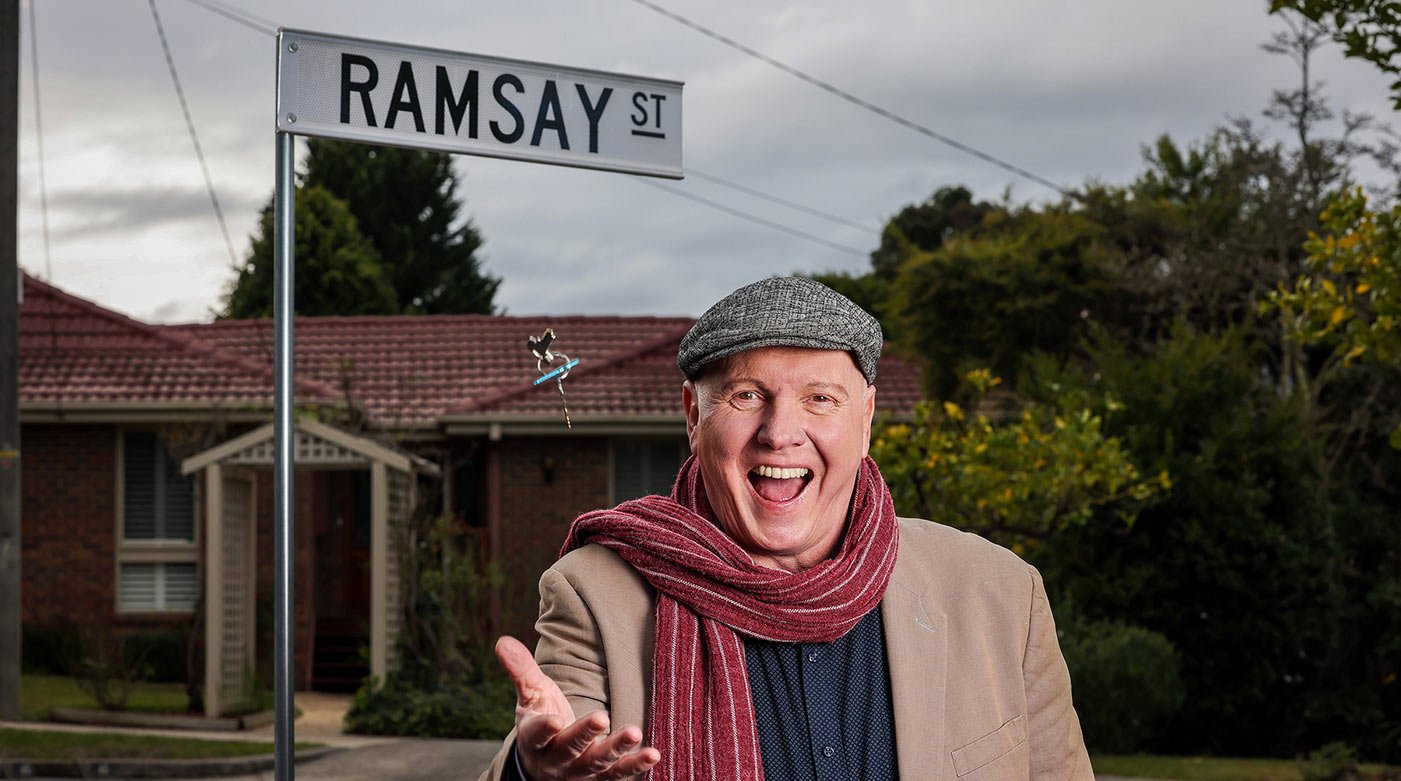 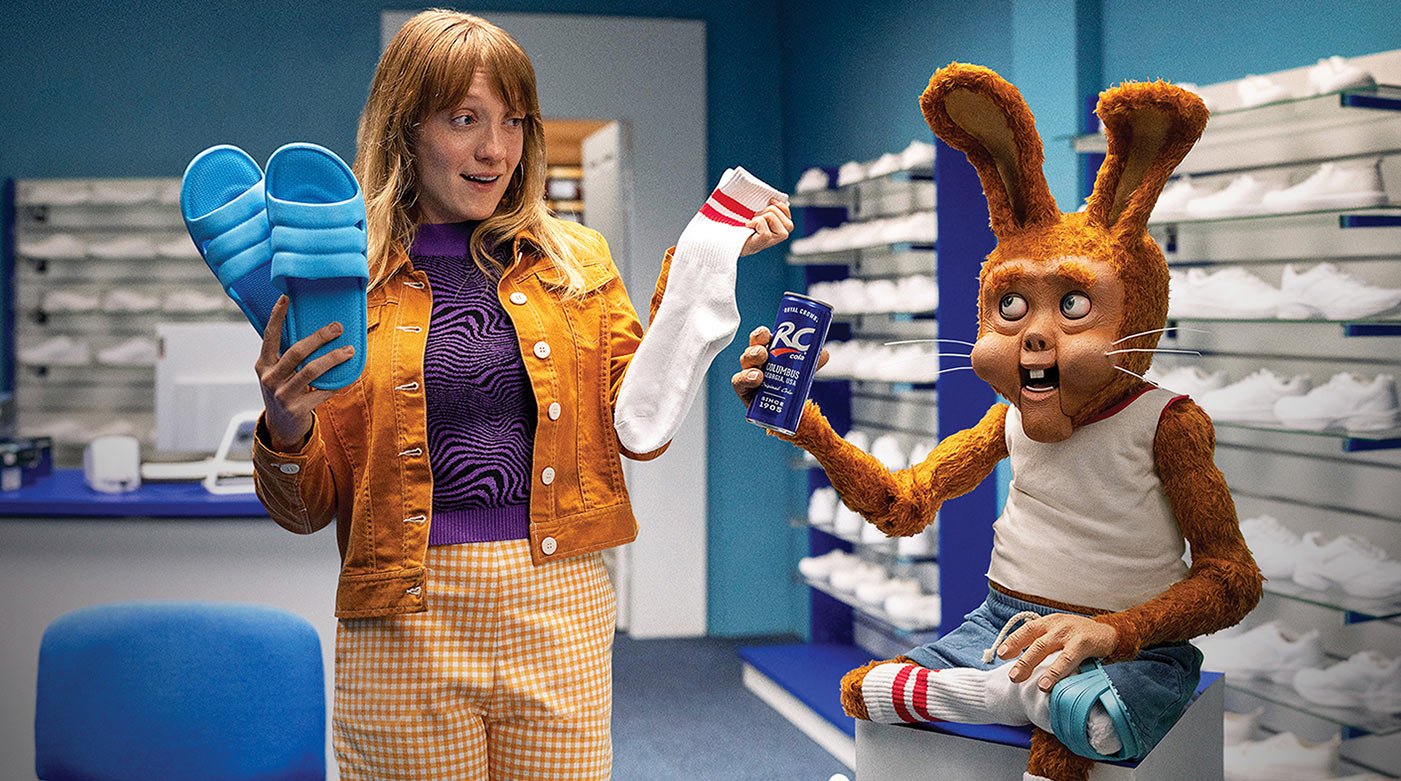