Sailor Moon, the popular middle school girl manga character who fights against evil, and has been called the essence of female power, is now fighting a new nemesis…syphilis. 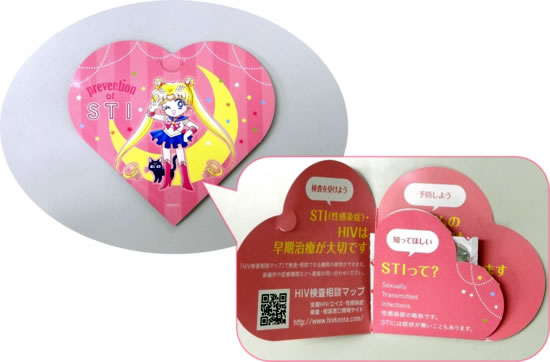 Condoms come in a heart-shaped package with prevention and testing info.

“Sailor Moon” was created by Naoko Takeuchi in 1992. It’s the story of magical schoolgirls that has aired in more than 50 countries with millions of fans around the world.

Usagi to the rescue

Along with text on the condom encouraging testing, the ministry will distribute 5,000 posters and 156,000 leaflets the junior high school character and a slogan that says: “I will punish you if you don’t get tested!”

However, not everyone is happy with the use of the beloved character.

“I don’t like it a bit. ‘Sailor Moon’ was a childhood heroine and a sacred figure for me. I still want her to be distant from this issue,” Twitter user @akaimihajiketa wrote Monday. “But I want the leaflet … I am still looking for words to explain my mixed feelings.” 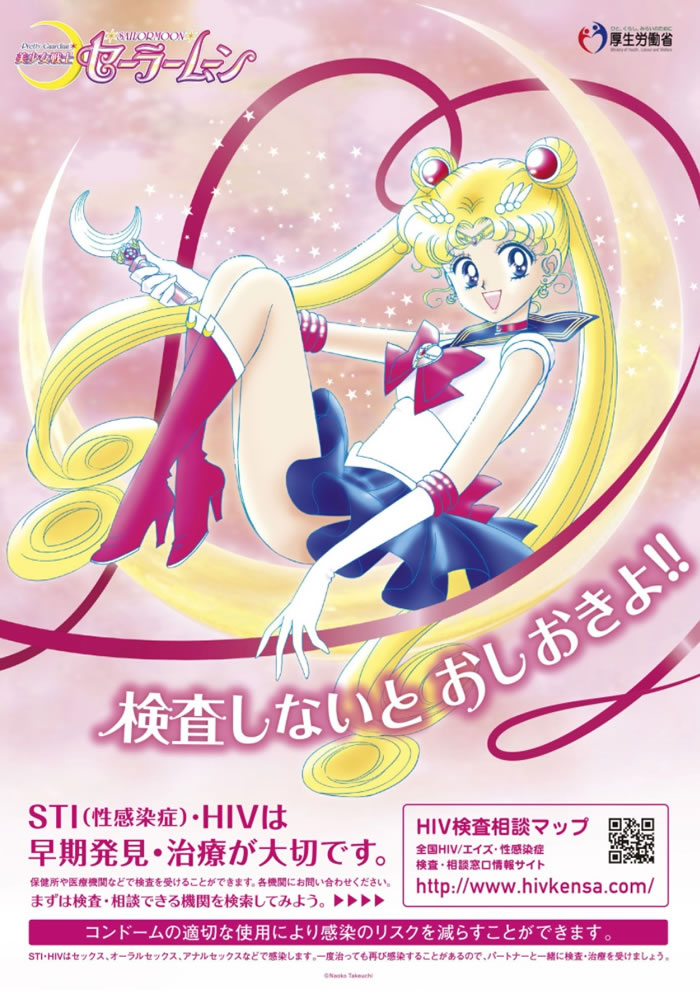 The tagline for the poster reads, “If you don’t get tested, I will punish you!!”

According to the Japan Times:

By turning to the popular character, the ministry aims to regain control over syphilis, which has made a rapid return among young people, said Kazunari Asanuma, head of the ministry’s Tuberculosis and Infectious Disease Control Division. He said the STD outbreak is especially serious among women in their 20s and men in their 20s to 40s.

Patients infected with STDs like syphilis and AIDS usually don’t notice the symptoms for weeks or even years. The ministry believes early testing and appropriate use of condoms are effective means of prevention.

Although Asanuma says that “Sailor Moon” is popular with people of all sexual orientations and may prove useful in bringing up STDs among those too shy to discuss them, some Usagi Tsukino fans are upset the junior high school student is being used as the “campaign girl” to broach the topic.

Dentsu Revenue Declines Over 14% in Quarter 3

AdColony and Anzu.io Team Up to Bring In-game Ads to APAC Gamers

Q&A: Jo Bjordal on E-Commerce in the Year of the Pandemic