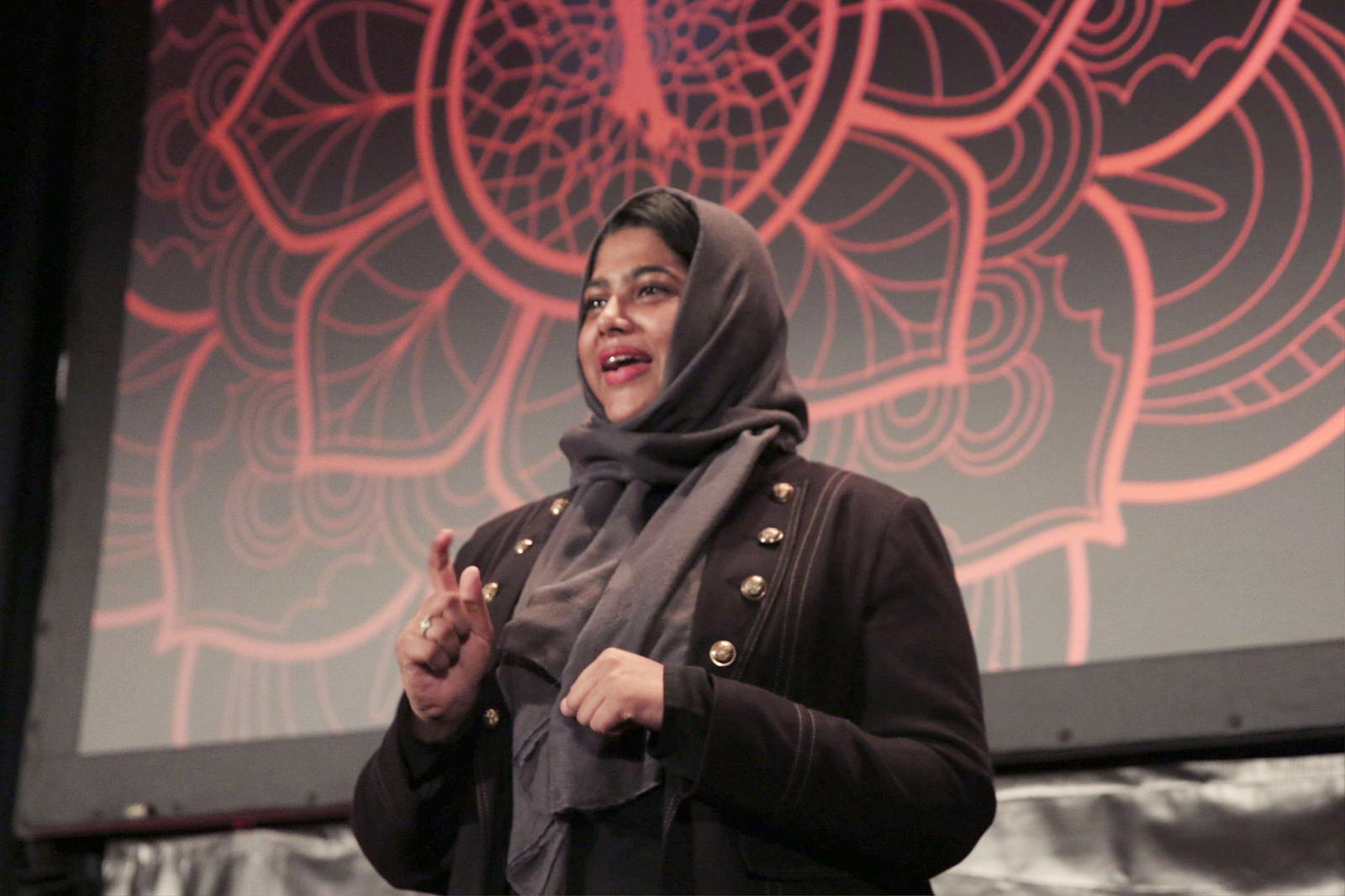 UK-based augmented reality firm Blippar is an interesting firm to watch in an increasingly mobile-centered world. Featuring technology which allows you to use your smartphone to view the real-world with enhanced objects, text and digital graphics, Blippar offers brands the opportunity to build increasingly engaging mobile-centered experiences with consumers.

Positioned as the “Wikipedia for the physical world,” Blippar’s Blipparsphere is a fascinating artificial intelligence app which allows users a visual search of objects they target with their camera –akin to an augmented reality Google search if you will.

Branding in Asia caught up with Richard Biggs, Blippar’s Growth Lead for APAC, to talk about the firm’s expansion across Asia since setting up shop in Singapore in 2015, and to discuss his view on the prospects that AR’s “visual discovery” offers the relationship building process taking place between brands and consumers.

What is Blippar’s current market reach? How do you expect this to grow in the coming years?

In terms of reach, we are not a reach platform. We are not broadcasting to billions of eyeballs. Hence, we are not trying to grow our reach for sure. However, what we offer for our clients and provide our consumers are deeply engaging experiences.

The idea is to use a smartphone to interact with the world around you, or the product or brand. The opportunity to have a very deeply engaging experience is what we really pride ourselves about.


Obviously, the more campaigns that we run, the larger number of users that come on board. I think it’s going to grow incredibly quickly. If you look at Asia, in particular, it’s the fastest growing mobile market in the world. Google just gave the prediction that it will be the largest mobile market in the world by 2025, particularly Southeast Asia, given the momentum that you have in populations there and the adoption rate of smartphone technologies.

What we offer is a deeply engaging mobile-centered experience that has a lot of stickiness, a lot of repeat usage.

For us, building the behavior of blipping, we see a real focus for that here in Southeast Asia because every single interaction through the internet is going to happen on the smartphone in the coming years. We want that interaction to happen through Blippar, so I hope that it will be very fast.

The overarching impression I get is that people are looking to evolve their mobile strategies very quickly compared to perhaps legacy markets, like the US or Europe, where people are still very centered on a desktop. In spite of some of the challenges, the appetite that you see from brands, from government and institutions here in Singapore, is really huge and that’s going to help us to evolve.

How has the Pokemon craze changed the rate of growth for augmented reality apps? Has it become easier to reach out?

What we say to them is: ‘Hey, look, you don’t want to do Pokemon Go because you don’t have that kind of intellectual property. What you are looking for is a deeply engaging mobile behavior.’ That is what the Pokemon Go craze is about.

That’s how we reflect on our platform and what we are trying to build. What we offer is a deeply engaging mobile-centered experience that has a lot of stickiness, a lot of repeat usage. What we then work with our partners is find a way of fleshing this out to become a behavior that uses their content, their brand, their messaging, their values, delivered through the Blippar platform. Using AR and image recognition makes it engaging and sticky and repeatable.

We are trying to latch onto existing behaviors, but also trying to shift them as well. We need compelling use to make that effective, which is why we are constantly evolving the technology behind the app.

With Pokemon Go, I think people feel that they suddenly discovered that ‘There’s this new thing.’ But, it wasn’t a new thing. It’s mobile, essentially; it’s mobile that’s been crafted the right way, with the right IP.

I think the barrier to entry for AR adoption has certainly been lowered by the Pokemon craze, which is great. I also think that, if you look at it from a mobile behavior standpoint, we have gone from phone calls to texting to selfies in less than a generation. Now, people have moved on to catching imaginary objects through the lens of their smartphone.

There are these jumps that happen in mobile behavior and these happen very quickly. Brands are looking to capitalize on those movements. That is what we are trying to do with Blippar here – offer another tool for them to have in their toolbox of a way of delivering that kind of behavior.

What is difficult about getting people to use AR apps repeatedly?

Consumers are distracted by many many different things; different brands and media and experiences, shouting at them all the time. As such, they place value in certain apps that they use every day; often things, like banking and communication and transport. 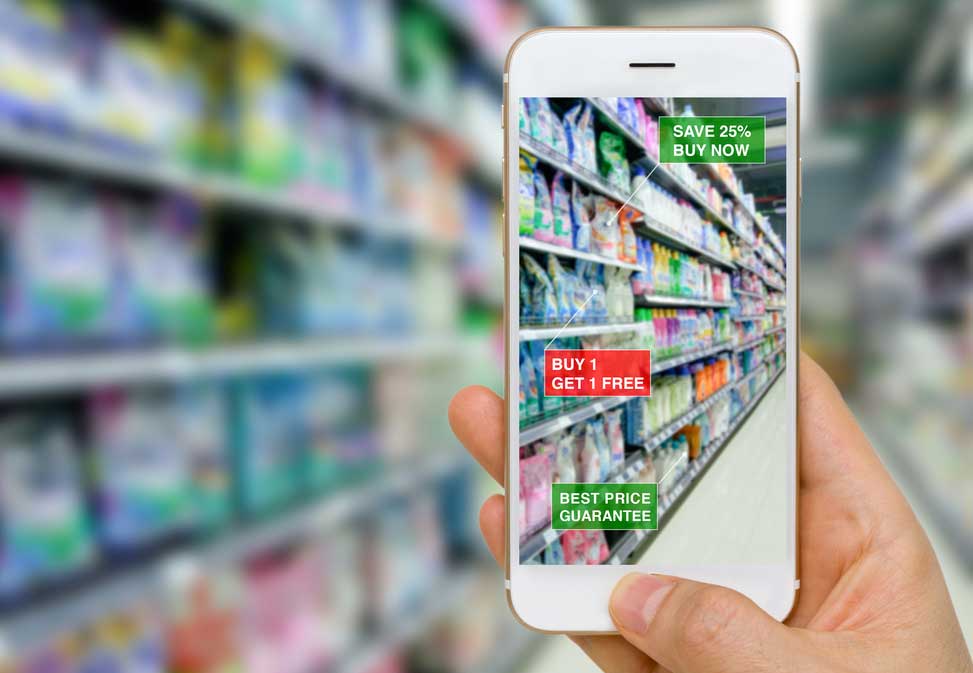 With us trying to own what we call “visual discovery,” we are trying to seed a new behavior there. Discovery is something that people do quite naturally. We want to start bridging that physical and digital world in the form of our discovery. We are trying to latch onto existing behaviors, but also trying to shift them as well. We need compelling use to make that effective, which is why we are constantly evolving the technology behind the app.

Any particular market, that you are focusing on because you see potential?

Singapore, of course, the obvious one, as a real trendsetter within Asia. Otherwise, we’ve been looking at populous markets, like Malaysia, Thailand.

The development stages of those countries is, obviously, an issue relating to smartphone penetration and mobile latency. Definitely Malaysia and Indonesia, Vietnam, Thailand; those kind of places will be on the list.

Is there a particular strategy that Blippar has adopted for Asia compared to other parts of the world?

If you look at the way that we work as a company, as a business and as a platform, we deliver client’s brand a primary content. Brands such as PepsiCo, Coca-Cola and POG approach us to use our platform to deliver interactive content to consumers. Blippar tries to deliver what those brands are trying to give in Asia. For example – GSK is targeting mothers in Asia, then we will deliver the experience of whatever campaign they have on our platform.

We are quite diagnostic regarding way that we present. We are a platform for brands to come through and communicate with consumers. At Blippar, we focus on ensuring that the brand experience is engaging and personalized to the particular target segment. For brands such as Nestle and Milo, we work off cereal box packaging to produce games for kids. And, for nutritional brands, we work with clients to deliver educational information for parents. As for alcoholic drinks – we give games and fun facts for adults. We tailor the content related to that particular segment.

For brands such as Nestle and Milo, we work off cereal box packaging to produce games for kids. And, for nutritional brands, we work with clients to deliver educational information for parents. As for alcoholic drinks, we give games and fun facts for adults. We tailor the content related to that particular segment.

The overarching impression I get is that people are looking to evolve their mobile strategies very quickly compared to perhaps legacy markets, like the US or Europe, where people are still very centered on a desktop.

In Asia, we tend to find that the ideas around personalization and customization influences decision-making. Blippar aids this purchasing journey, and that is where we tend to focus our efforts.

We are slowly, but surely, expanding our B2C efforts. This includes the upcoming launch of the ability to create your own profile using your face. This is a way for our consumer to own their Blippar experience in their environment and determine how they interact with the world. In the meantime, we are able to recognize the faces of over 70,000 public figures.

Would you say that the way brands are approaching marketing is changing?

Absolutely. They realize that pray and spray marketing on digital and mass TV advertising isn’t as effective as it once was. People are looking at their phones. How do you reach people? At Blippar we tell out clients to be there when the consumer wants to engage.  And, when they see something that interests them, they scan the product and get the content.  At that moment that’s the consumer you want to convert into a lifelong ambassador. That’s what we are trying to help and do.

What’s coming up for Blippar year?

We have launched our app with an entirely new user interface enabling us to better merge the AR and visual discovery technologies. This will allow users to explore the world around them in a more fluid way. This is a big push from us to reinforce the behavior of blipping.

We are also launching a facial recognition feature which is going to include tie-ins with well-famed celebrities.

In Asia, we are partnering with BBC for Planet Earth II, which is a world-famous wildlife documentary for BBC Earth. We are linking the content from Planet Earth II contents series to everyday objects in the real world, around us.

This is an edutainment-style experience that educates people about the connection between the human world and the natural world. It also provides entertainment by showing and sneak previews of the documentary itself, using the Blippar platform.

Nazhath Faheema is a digital branding and marketing enthusiast based in Singapore.