As part of Mad Stars Creator Spotlight series, here is Sam Ochonma, one of Nigeria and Africa’s leading creative entrepreneurs.

Ochonma leads one of the fastest-growing independent ad agencies in Nigeria, The Hook Creative Agency, and is tasked with driving the agency’s ongoing growth and expansion efforts into other emerging markets in Africa, as well as the United Kingdom.

He led his agency to deliver the critically acclaimed “O to ge” political campaign for the All Progressive Congress (APC) in Nigeria’s Kwara State. The impact of his team’s work goes beyond creating election-winning campaigns. but also driving growth for private sectors through impactful solution-driven communications.

Over the course of our conversation Sam takes us through his entrepreneurial journey, some of the challenges he’s overcome, and shares his perspective on the ad industry in Africa and its future.

Hi Sam, thanks for joining us today. How have you been? Has covid impacted your work?

I have been feeling positive about many things for a while now. There are a lot of reasons for me to be just that. The outbreak of the pandemic caused a lot of setbacks and new adjustments, but in its earliest days, I was focused on finding new ways to make the most out of the new reality.

At the risk of sounding cliche, I’d say my approach to work pre-COVID-19 outbreak was way different than it was when the lockdown happened. Normally, I’d visit clients and my business partners at an agreed physical location; which I actually preferred. But when we couldn’t see each other, I had to learn to use more digital tools and also take advantage of them for catch-ups and management tasks.

I saw a lot of Zoom, Google Meet, Gmail, WhatsApp, Instagram and House Party interfaces back then. Loads of video calls and even loads of texts, both long and short. I’d be frank with you, it was a lot to deal with. But I adapted well.

In fact, most times, I managed my team and partners via texts alone for days, no voice, no video, no physical meetings. Surprisingly, we all coped very well, team productivity improved, and although the friction of not seeing each other was there, my biggest takeaway from then was that speed of response or timeliness can positively affect the efficiency of your team.

This is a key work lesson I’m taking with me in a post-COVID-19 world.

You lead one of the fastest-growing independent agencies in Nigeria. Could you tell us how you came about creating The Hook Creative Agency?

Entrepreneurship has always been a part of my life. I actively look out for problems I’m capable of solving within my immediate environment. If it happened that I didn’t possess the skills to solve the problem, I’d either try to skill up or work with other people who are better equipped to solve the problem –– and we’d then split the proceeds.

This happened to me a lot when I was a creative executive at the earliest advertising agency I worked in Lagos, Nigeria. I’d often take jobs from small businesses that couldn’t afford to pay big agencies to craft advertising campaigns for them. My primary competence was in art direction, and in some of those jobs, sometimes, a copywriter would be needed to craft the lines and the scripts.

“My stance is that, as an agency, whenever we’re entering a new territory we mustn’t act like we know the territory more than the true locals. We’re Africans and while there are certain similarities in terms of outlook and socio-political norms, we’re different culturally.”

I remember I had good synergy with one of my copywriters, Toheeb Balogun, at the agency. We’d work together to deliver some of these jobs and make some sort of private practice out of it to earn extra cash while also helping small businesses get word out about their business.

After working two corporate jobs, I decided to become a full-time entrepreneur in 2017/18 and I went back to my friends, now business partners, Adebayo Owosina, Akinwale Muse and Toheeb Balogun. Together, we founded The Hook Creative Agency with one sole mission –– To create an impact that will spur socio-economic growth across Africa –– and four years into that journey, I’m proud of how far we’ve come as partners and as an agency.

You work in many territories. Could you tell us how you overcome cultural and language barriers?

My stance is that, as an agency, whenever we’re entering a new territory we mustn’t act like we know the territory more than the true locals. We’re Africans and while there are certain similarities in terms of outlook and socio-political norms, we’re different culturally.

In 2019, when we had the opportunity to consult for a Japanese photography company Fujifilm to launch their Instax mini camera range in the West African market, our approach was to look at how the 16 countries in the region are unique and to try to craft campaigns that work for each of those countries.

We kicked off with the Nigerian market, testing the waters and then positioning Instax as a lifestyle brand as well as a luxurious fashion item, the campaign was targeted at the Gen Z’s, younger millennials cutting across the alté community. 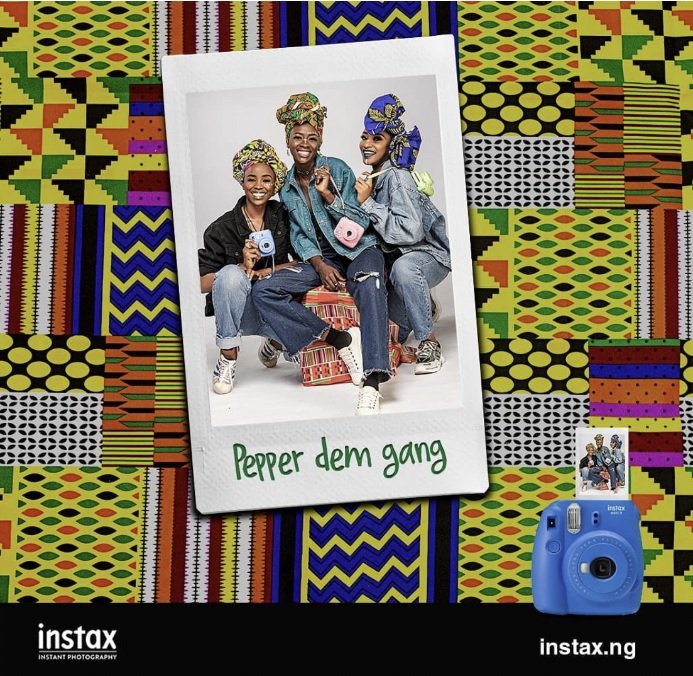 The brand became a must-have amongst Gen Z’s topping the list of their must-haves and birthday wishes. Generating over 1million impressions, 3000 plus generated leads and over 1000 purchases within a few weeks of the campaign.

Another example is how we use Google Translate (which is an incredibly useful tool) and local ears and eyes to balance our work. When we needed to craft a campaign for a political party in Kwara State, a Yoruba-speaking state in Nigeria, we looked outward to locals in that state.

So, where we had to translate “enough is enough” to the local language and dialect Google Translate would’ve recommended “o to” but when our local team took over they called it “o to ge” and that extra word made the difference.

We’ve made this a strong agency culture to always have local eyes and ears on the ground wherever the job might take us to. Whether locally within Nigeria or locally around West and East Africa. This approach has worked for us very well.

What does it take to make an award-winning campaign?

I think it’s about understanding the fine line between what is unique and what is familiar. Most of the award-winning creative campaigns have unique elements that set them apart, yet they share similarities to what has been previously done before; even if it’s in a different form or platform.

For example, when Volvo started their “Live Tests” campaign they weren’t exactly the first people to conduct a product demonstration. Now, consider their application of the legendary actor Van Damme in their “Epic Split” commercial and you’d arrive at an idea of what a uniquely familiar concept is.

So, as a creative, when you’re trying to create work that’d win awards focus on turning what’s familiar into what’s unique without losing the familiarity and you’d have an impressive outing in your career.

What’s next for the advertising industry in Africa?

The way Africa is set up, the advertising industry won’t witness a drastic change in how it is done – that is the storytelling and people aspect – for now. However, in terms of platforms and structures, the industry is about to witness a strong shift from a business model perspective.

The steady rise of independent creatives who also have massive following and influence across multiple platforms is going to impact client-agency-consumer flow for good and I believe agency founders and management teams should prepare to adapt fully to this before it reaches its peak.

“We encourage our employees to be entrepreneurial in their approach to work; to improve their side hustles; to come up with innovative solutions that can be funded to benefit society at large.”

We’re gradually seeing an uptick in the number of creatives who resign their jobs to found their own companies and are thriving at it. You can attribute this to the increase in startup investments over the last two years in Nigeria. Last year, Nigerian startups raised $1.6 billion. In South Africa, the figure is even higher at over $3 billion. Egypt and other African countries are also not far off.

But I believe this is less about funding and more about the fact that Africans are beginning to see that we no longer have to wait for others to solve our problems and that is one of the best shifts in the mindset I’ve witnessed in this era. From payment solutions to logistics and healthcare, in a few years, entrepreneurs will usher in a brand new Africa that we will all be proud of.

From an agency standpoint, my partners and I have always believed in running The Hook like a talent incubator. We encourage our employees to be entrepreneurial in their approach to work; to improve their side hustles; to come up with innovative solutions that can be funded to benefit society at large.

Do you have any closing remarks or words of encouragement for the creatives who have made some creative works that you will be judging this year at Mad Stars?

I think it’s important to note that the fact that your work made it this far means it’s great work. No matter the outcome, you can always do an even greater work that’d win in better categories. So, don’t stop creating!

You can learn more about Mad Stars here.

You can read more about the “O to Ge” campaign and the political impact here. 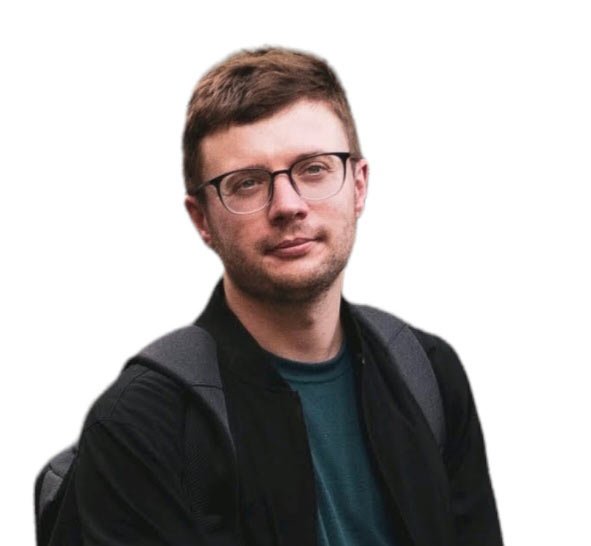 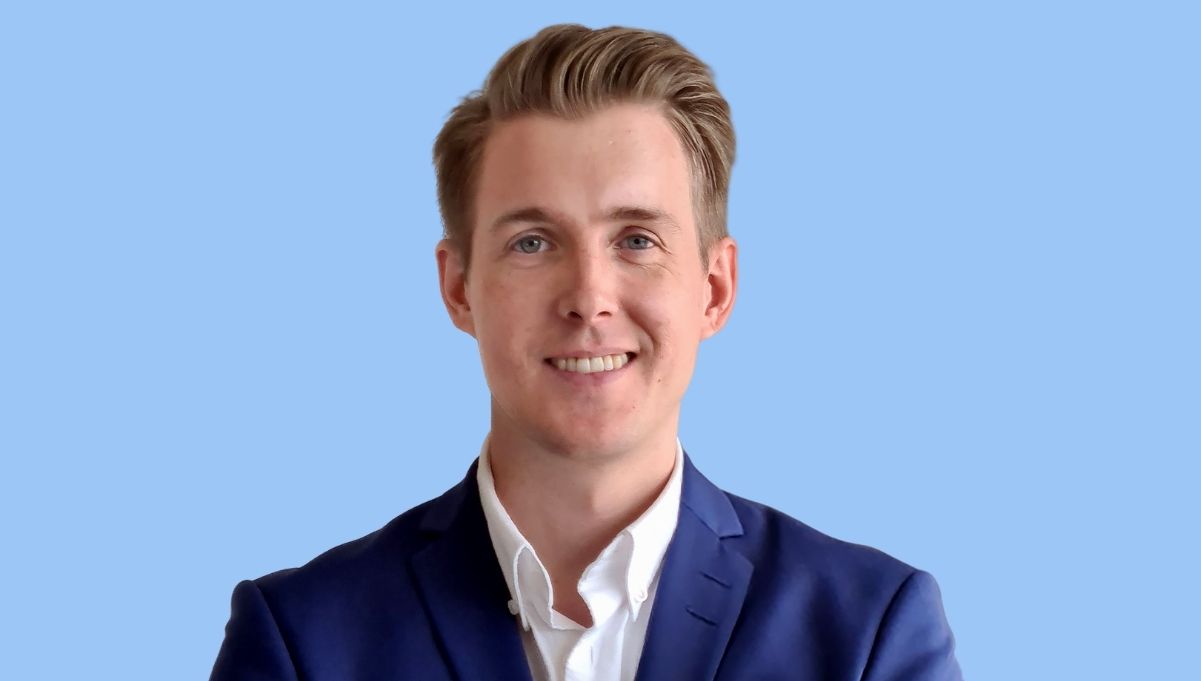 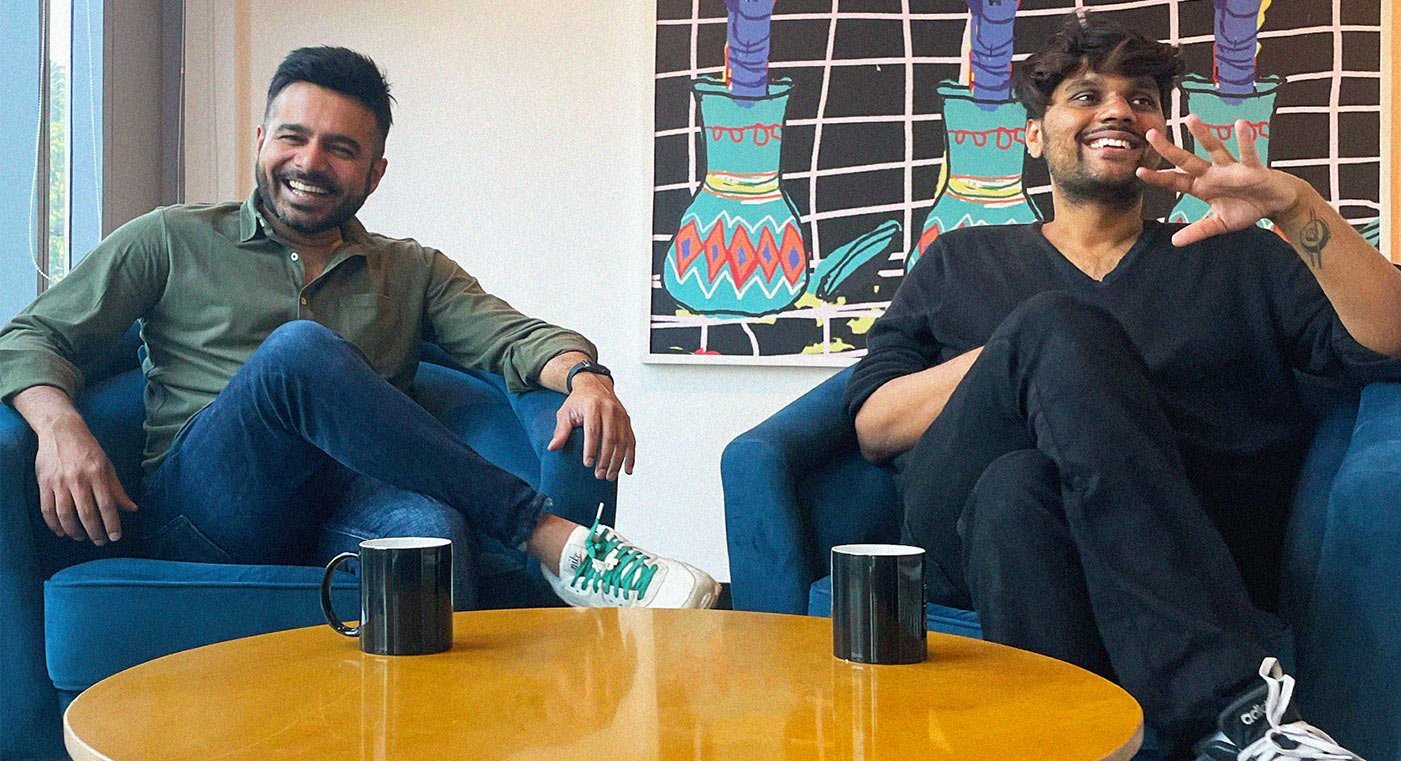 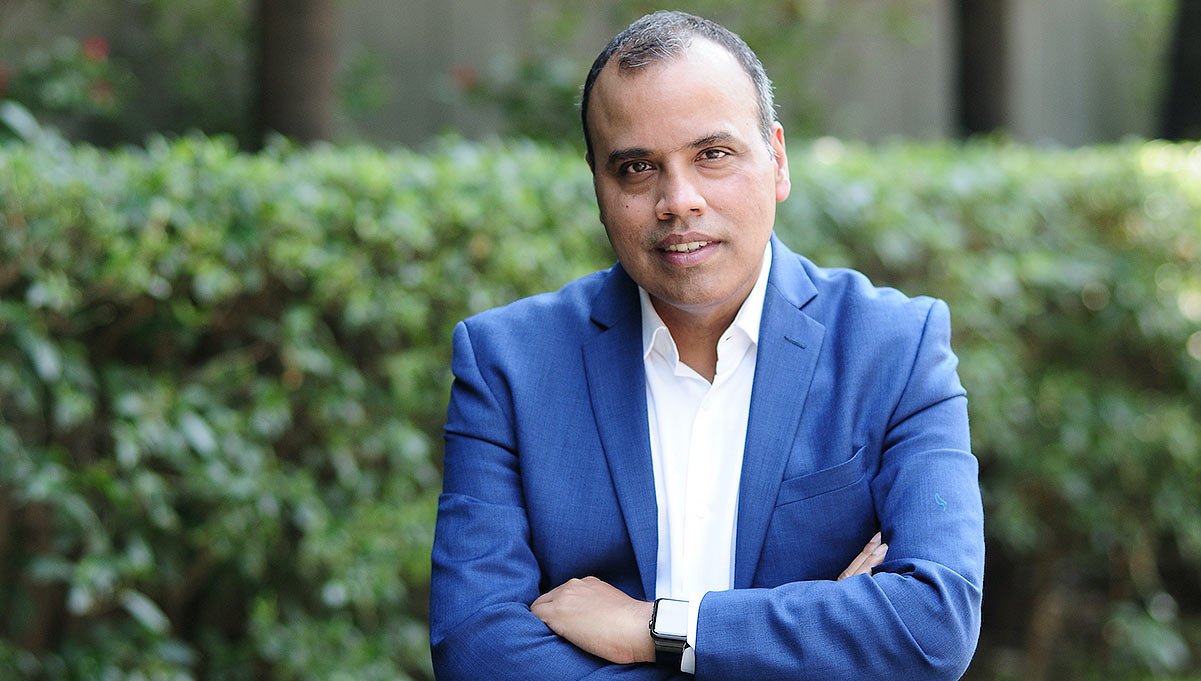 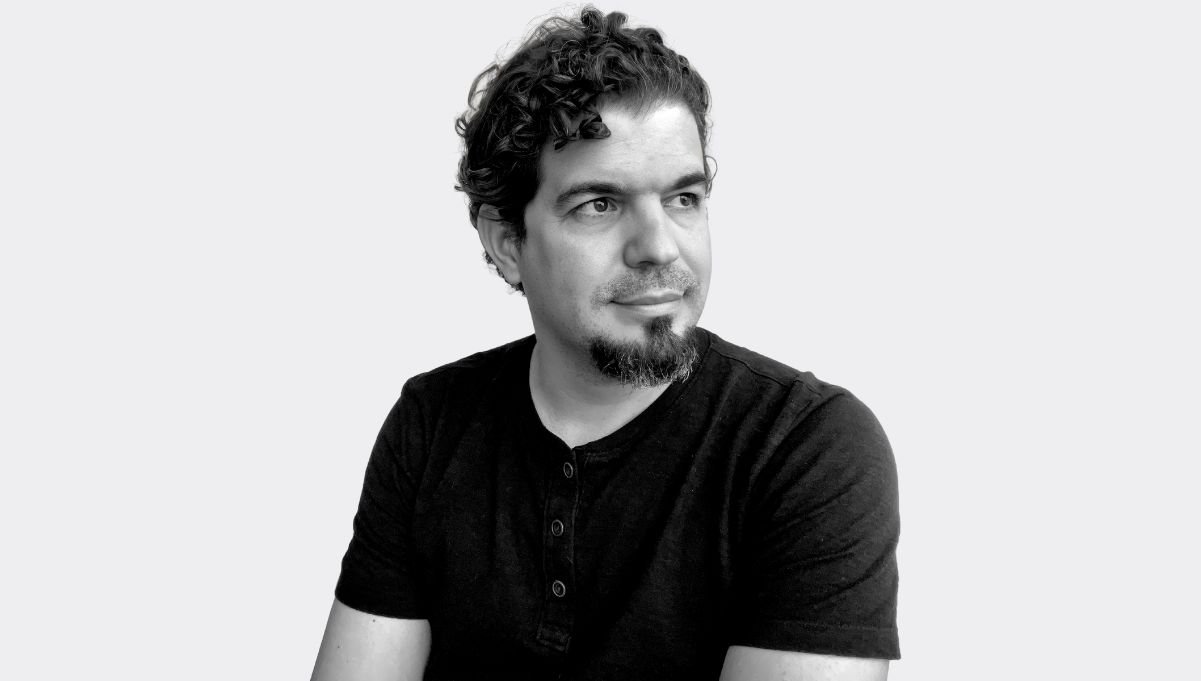 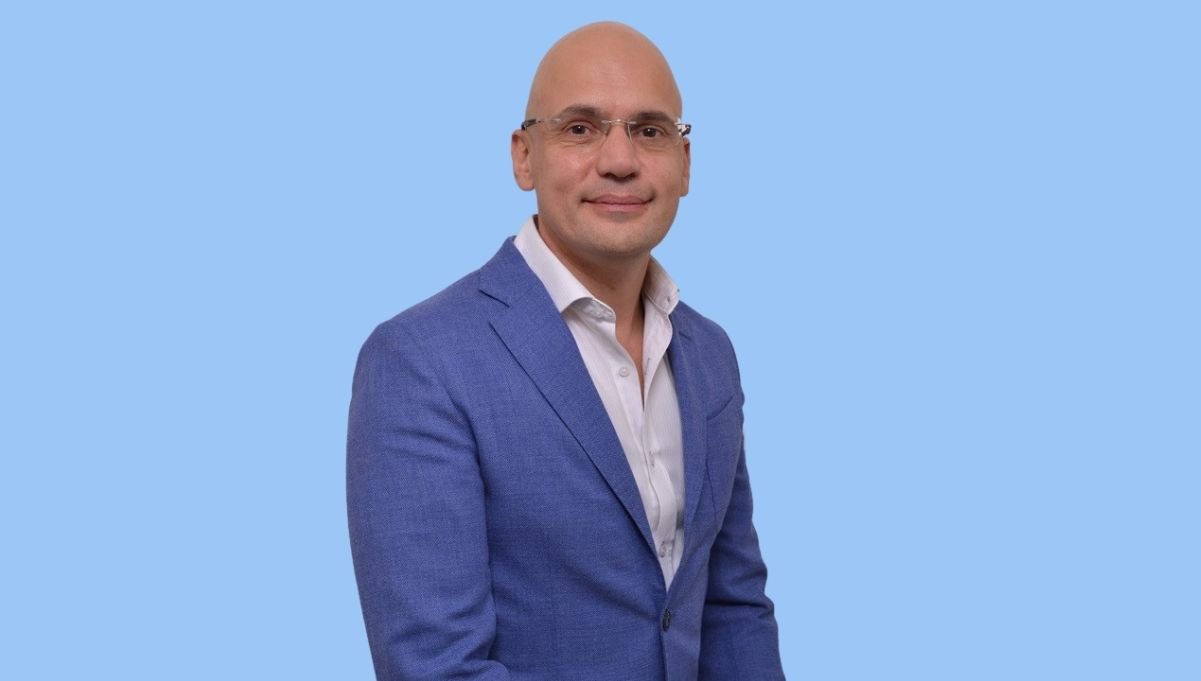