The public awareness campaign, done in collaboration with creative agency T&A Ogilvy, features a series of images of people hugging trees in an effort to highlight environmental concerns.

Recently in Vietnam, creative agency T&A Ogilvy teamed up with Ngo Van Hong, a Forest Researcher and Deputy Director of VARS, an environmental protection organization launched to help raise awareness of the dangers of deforestation in Vietnam while at the same time encouraging reforestation.

The ad campaign, called “Góp một cây để có rừng”, which translates to “Contribute one tree to have forests”, was launched with a series of photographs featuring people, including H’hen Niê, Miss Universe Vietnam 2018, actress Hồng Ánh, and model Minh Tú, hugging trees as a show of love for their importance to the environment.

“It all leads back to the marvel and gratitude trees fill us with,” a spokesperson for T&A Ogilvy told Branding in Asia.

“Throughout its life, a tree gives us oxygen to breathe, fruit to eat, shade to cool in, shelter, and it keeps water and soil together. It has a life of its own, yet it gives life to all living beings, not just us humans.”

We recently caught up with Ngo Van Hong to learn more about the campaign, what inspired it, it’s long-term goals, and how the public responded to the important message the campaign delivered.

What was the inspiration behind the campaign and how did it get started?

We are all aware of the crucial role forests play in the environmental ecosystem and how crucial it is to preserve these resources. However, people continue chopping down trees day after day. They do this to warm their homes and feed their fires or to make a quick profit.

Either way, deforestation continues eating away at our natural ecosystem – whether it is due to lack of awareness or due to callous disregard of the consequences – and is resulting in a backlash of growing severity.

We are suffering from pollution, threatened by climate change and the rising sea level, and are tormented by extreme natural disasters like acid rain and desertification.

Just recently, the world stood witness to the tragic floods in Central Vietnam in the second half of 2020 as a result of deforestation. Taking a long, hard look at our efforts to conserve our natural environment, we realized how untenable the environmental situation was. That is why we have set up this project to contribute to the restoration and conservation of forests across Vietnam.

The primary aim of the “Góp một cây để có rừng” project is open for donations from the community to fund the planting of native plant varieties to preserve and restore forestry resources without tilting the environmental balance. Besides mobilizing funds for forestation, the project also works to inspire people to go out and plant trees on their own and to protect Vietnam’s natural and artificial forests.

How long will the campaign run and what are its primary goals for reforestation?

We are only at the very beginning of what we see as a very long road. We have only started reaching out to the community to raise awareness of the plight of our forest environments.

One of our very first activities is the campaign to help the community realize the gratitude we owe to our forests, with the images of our people hugging trees. We have also enlisted popular public figures (H’hen Niê – Miss Universe Vietnam 2018, Hồng Ánh – Actress, Minh Tú – Model…) to help spread our message and incite Vietnamese people young and old to take better care of our natural environment. 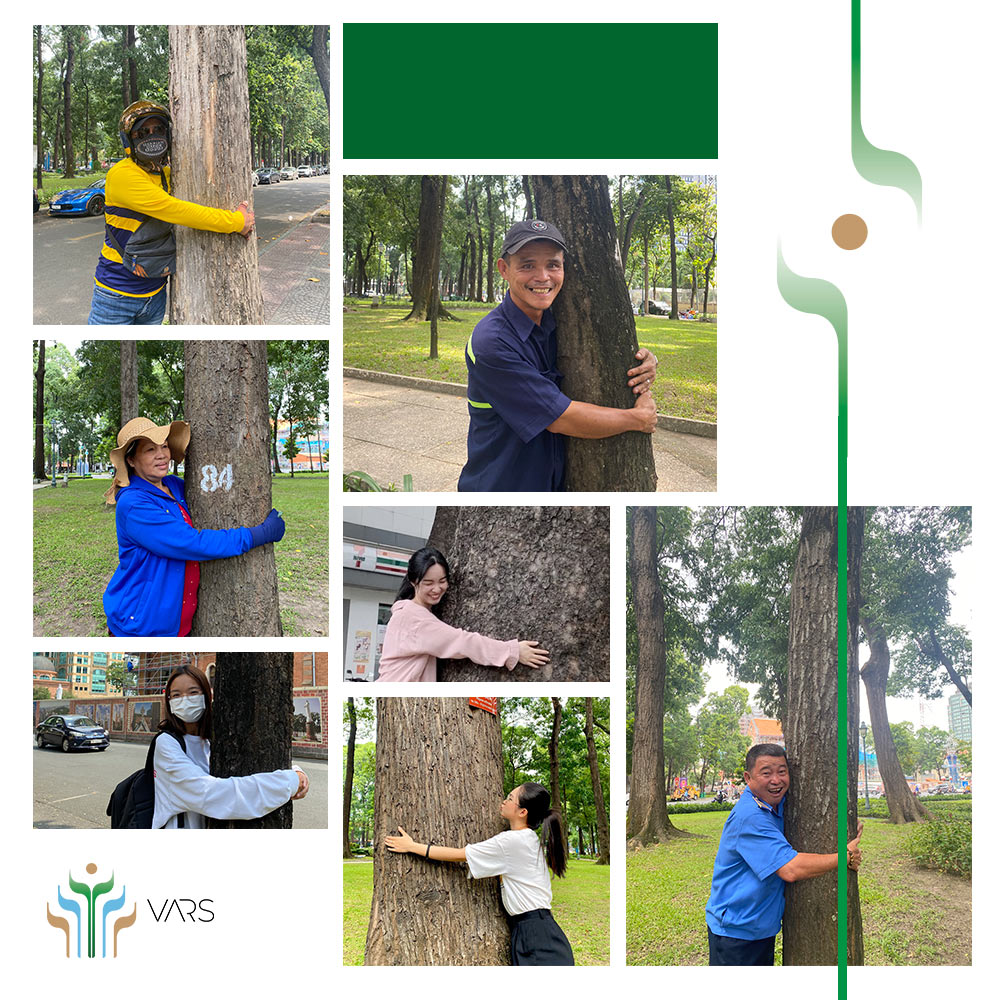 The road ahead is very long and Vietnam Afforestation and Reforestation Social Company (VARS) has very ambitious goals in protecting the Vietnamese ecosystem and returning our forests to their former glory. However, as a short-term humble goal, VARS aims at planting 100 hectares of forests within this year.

“Just recently, the world stood witness to the tragic floods in Central Vietnam in the second half of 2020 as a result of deforestation. Taking a long, hard look at our efforts to conserve our natural environment, we realized how untenable the environmental situation was.”

Our longer-term plans include the planting of 1,000 hectares of forest with the help of the Ma Lieng ethnic group living by Gianh Lake in Tuyen Hoa and Minh Ha Districts in Quang Binh Province.

Throughout the project timeline, VARS will recover and restore more than a thousand natural forests in watershed areas and mountainous areas with a diverse canopy in order to protect the environment and preserve the biodiversity of the natural forest ecosystem in Truong Son – Annamite Range and other ecological regions in the country.

How has the public responded to the campaign in terms of its effectiveness in spreading the message?

Within just two months of the launch, we received 700 donations to the tune of around VND1 billion, thanks to the support of various public figures and celebrities. Two other foundations have also agreed to partner with VARS in the next two to six years.

We are also in talks with other organizations, discovering new ways we can cooperate with each other and enhance each other’s activities. So far, we have raised about VND1 billion from organizations and foundations, raising our total funds to VND2 billion.

We are also in discussions with two other corporations to explore a potential long-term partnership to restore and rehabilitate watershed forest in Quang Nam and Quang Tri Provinces to protect two lovely and spectacular river systems namely Thu Bon and Hien Luong in these areas.

“Our longer-term plans include the planting of 1,000 hectares of forest with the help of the Ma Lieng ethnic group living by Gianh Lake in Tuyen Hoa and Minh Ha Districts in Quang Binh Province.”

We are also thankful to have T&A Ogilvy as our Creative and Communications partner. Thanks to their help, we have managed to raise awareness in the public and received invaluable engagement from various public figures and celebrities, thus contributing positively to the sustainability of Vietnam.

This is especially valuable for us as one of VARS’ primary goals is to raise awareness. We hope that together, we can protect our forests and natural environment – and create a ripple effect for years to come.

To learn more you can visit their Facebook page here.

Ellie is a contributing writer based in Vietnam.

Q&A: Satish Krishnamurthy – ‘For Consumers, Everything Exists in a Cohesive Experience’