Being funny is not an easy thing to do – especially if you’re signed on to create something funny that’s being televised to a national audience. And of course, you have to make the client laugh, too.

Netherland-based commercial director Miron Alexander has spent his career behind the camera creating funny ads – over 350 by his count, for a wide range of countries and cultures.

We recently caught up with Bilski following a shoot in Singapore with Publicis for the Health Promotion Board to talk about being funny, what works in some countries and not in others, his take on the creative scene in Singapore, and his three favorite comedic spots of all time.

I just wrapped up a production in Singapore and am back to shooting a commercial in the Netherlands. Next will be Ukraine and I’m also writing a comedy webseries. 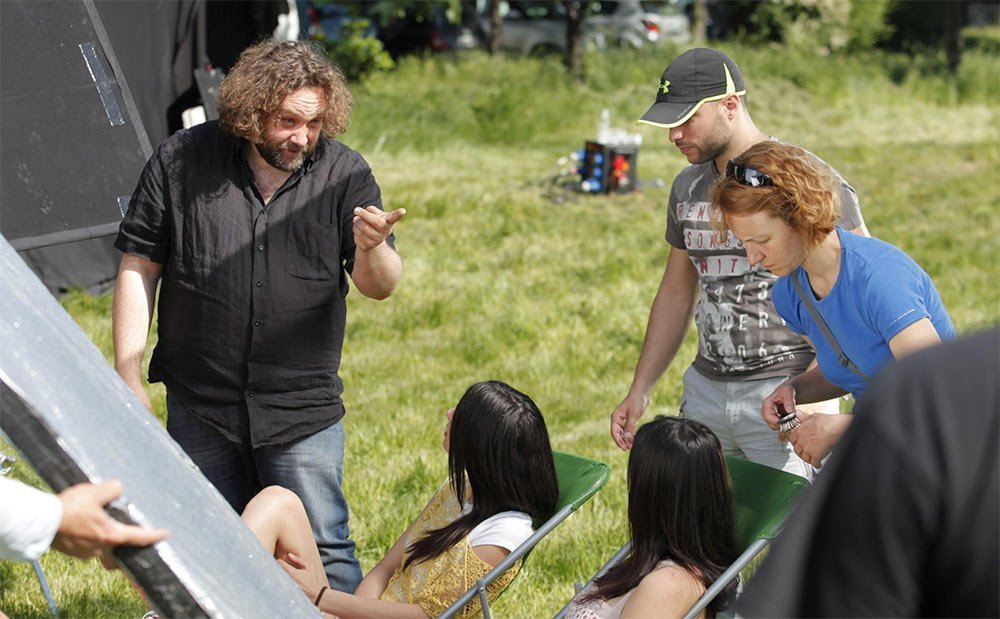 You’re known for taking a comedic route in your storytelling. Tell us about that.

I love working with actors and it’s well-known that comedy is the hardest to do of all forms of visual communication. But on the other hand, I love it when you can bring a smile on someone’s face and create stopping power. An audience pays more attention to a funny commercial than a factual one because you create an emotional connection between the story and the viewer. This way the viewer opens up to be influenced.

You’ve shot ad films in nearly a dozen countries across a variety of cultures in Asia, the Americas, and Europe. Which countries were more receptive to your comedic style, and which were harder to get a laugh out of?

Having shot over 350 commercials worldwide I have come to understand that humor is a universal language. Who doesn’t like Charlie Chaplin or Laurel and Hardy, right?

That said, we live in quite different times now and I’m always careful to consider who the commercial is meant for because now different things are funny to different audiences. The way it works is that humor should be recognizable, but it should be in a way connect to the advertiser.

I’m based in the Netherlands where there is a saying: “Just act normal, that’s crazy enough.” People are less prone to express emotions. With humor this roughly translates to a style where the humor is based on small expressions, let’s say it’s called the ’Swedish’ style of comedy, minimalistic, dry and understated.

If you travel further east, the humor becomes more expressive, absurd and over the top. So the ads I make abroad don’t always generate a laugh at home and vice versa.

For example here is an ad considered funny in the Netherlands:

While this is considered funny in Russia:

You recently wrapped up work in Singapore. What is your take on the creative scene there and how do you compare it with other markets you’ve worked in?

I love Singapore! The creative scene is great and very diverse. I think it’s great you have so many different nationalities working together and everyone ads inspiration from their own background to their work. While in Singapore working with Publicis for a film for the Health Promotion Board I caught up with friends working in other agencies: TBWA, BBH, BLKJ etc. It’s the openness of the agency creatives and vibrance of Singapore that is heartwarming. People are genuinely nice and creative and it was great to hear that humor is on the rise in Asia.

If you travel further east, the humor becomes more expressive, absurd and over the top.

Some markets I work in as a foreigner you are being treated as a foreigner. In Singapore people treat you for who you are. You are invited to co-operate and use your talents and there is an openness in this society that stimulates and gets the creative juices flowing.

What is some work you’ve done over the years that you are most proud of?

Combining CGI and humor has been one of my latest challenges. I am proud of the last film I did for the Health Promotion Board as it combines CGI, music and writing the lyrics to the song and most of all: humor.

Another film that I’m proud of was for AXA Insurance. In this film, we combined stock footage and seamlessly incorporated footage that we shot on set. It was shown globally and picked up a few prizes along the way.

What are the three funniest ads of all time for you?

This ad from a Dutch Insurance company Delta Lloyd:

Here is an ad I like for the casting, the pace and it’s unusual for a brand like Nike to use humor.

Dutch Insurance company Centraal Beheer made a series of iconic commercials with the tagline: “Just Call Us.” Here is one of several funny spots.

What do you do to satisfy your creative drive outside of work?

I spend time with my family and friends, like to watch good movies and takes walks in the forest. Also I write feature film scripts which takes up some of the time in between shoots.
Basic stuff really.