Q&A: Adrian Watkins – Gaming as an Industry Continues to Grow at Lightning Speed

Forecasts predict $175.8 billion in revenue this year alone from a booming gaming industry.

We recently caught up with Adrian Watkins, the Growth and Marketing Director in the APAC region for AdColony, to discuss in-game advertising, brand-safety, and the effects of the pandemic on a growing yet relatively new advertising medium.

Watkins has worked in a number of senior leadership roles within the media industry across Southeast Asia. He’s been with AdColony since late 2020, heading up teams for an advertising platform that’s present in 18 markets across the region.

Over the course of our conversation, we take a deep dive into gaming, one of the latest yet most promising markets for digital advertising. It’s a topic that’s been covered extensively here at Branding in Asia and one that’s almost certain to see extensive growth in the future.

By this year-end, Asia-Pacific will produce a whopping 1.2 billion mobile gamers, which means there is an abundance of opportunities for brands and advertisers to connect with their customers across APAC.

And yet when comparing advertising dollars between gaming and TV, brands are reportedly spending 40 times less on gaming as an advertising channel than on TV ads.

Why? Just with any new marketing channel, brands are still conservative about investing in-game advertising due to brand-safety and brand-suitability misconceptions. Marketers are often concerned that gaming environments are not right for their brand, or gaming audiences not their intended target market.

The reality is this couldn’t be further from the truth, as the perception of a gamer as just a young male with low-to-average disposable income is not reflective of the industry. The gamer demographic has evolved to encompass all segments of the population (male and female, young and old, low and affluent), and the motivation of playing games has evolved too.

“Brands are starting to realize, and embrace, the fact that their customers are now firmly located in the largest marketing channel in the world – gaming.”

For example, a mum may play a hyper-casual puzzle game while actively caring for her child, but when she has longer ‘me time’, she may become more engrossed in a community-centric game with her friends, such as Among Us, or become immersed in an open world game such as Genshin Impact.

Brands are starting to realize, and embrace, the fact that their customers are now firmly located in the largest marketing channel in the world – gaming. The more innovative brands (and their agencies) are now exploring ways to maximize the value of this lucrative channel to reach, communicate, and add value to their potential customers.

How has the pandemic affected brands’ willingness to spend on in-game advertising? Do you think these changes will remain after Covid subsides?

The global lockdown has resulted in increased digital activity for most people, especially playing games. In fact, many non-gamers have started picking up this activity, which has eventually become an important part of their lifestyle – yet, many don’t identify as ‘gamers’.

“In other words, games aren’t just a one-off advertising channel, they’re an entirely new marketing channel, and this will benefit brands looking to target audiences of all sociodemographics.”

Advertisers will follow where consumers are, and this means that ad spend within gaming will continue to increase long after Covid-19 subsides. Newzoo reports that the gaming industry will generate revenues of $175.8 billion in 2021, with an estimated 2.9 billion players around the world.

Gaming as an industry continues to grow at lightning speed, faster than we can imagine – both in hyper-casual mobile games, but also in the likes of esports, and there is still so much more to uncover.

In other words, games aren’t just a one-off advertising channel, they’re an entirely new marketing channel, and this will benefit brands looking to target audiences of all sociodemographics.

Similarly, how has the pandemic affected consumers and gamers?

With the steep rise of gamers over the past year, the label “gamer” no longer has any meaning.

Gaming has also manifested itself in places where we would least expect. For example, Gamification is already prevalent in our banking apps, health and fitness trackers, and even our virtual bookshelves via apps like Audible. In short, gaming is rapidly becoming more than a single aspect of our culture. It is becoming our culture.

Have any brands taken advantage of the current situation successfully?

Brands across all verticals, especially non-endemic brands, have seen success tapping into the gaming space, while one industry in particular has seen incredibly exciting gaming collaborations: high fashion and luxury brands.

Roblox is an MMO game that has seen some amazing in-game campaigns. Most recently, Gucci launched their Gucci Garden experience within the game which resulted in positive reception of the Gucci brand worldwide.

Louis Vuitton recently partnered with Riot Games‘ League of Legends to create premium skins for the League of Legends World Championship Finals in 2019. Marc Jacobs and Valentino designed outfits that were featured in Animal Crossing. Burberry created a myriad of games like B Surf, a Mario Kart-inspired surfing race with monogram outfits, surfboards, and circuit.

“Games are successful social mediums. This is due, in part, to the ‘watercooler effect’ — in order to assimilate into any culture, you need to be doing what your chosen community does.”

Afterworld: The Age of Tomorrow, Balenciaga’s retro video game, was released this year in conjunction with its Fall/Winter 2021 collection. Heralded as an iconic crossover of fashion and gaming, Afterworld immerses players in the Balenciaga brand using Epic Games’ proprietary Unreal Engine with real-time 3D technology.

This collaboration piqued the attention of consumers and searches for Balenciaga on the shopping app Lyst rose by 41% within 48 hours after the game’s release. In the most recent Lyst Index of fashion’s hottest brands, Balenciaga was ranked second – jumping three positions from the previous quarter.

Closer to home for AdColony, In-game advertising is now possible for brands like 7-Eleven, Spotify and Samsung, through Anzu’s integrated advertising solutions who we represent exclusively in APAC. Specifically for 7-Eleven, the one month campaign in Australia delivered 174% uplift in footfall for a 1 dollar slurpee. These successful brand campaigns led to AdColony last year winning 42 prestigious awards including The Wires and The Maddies. 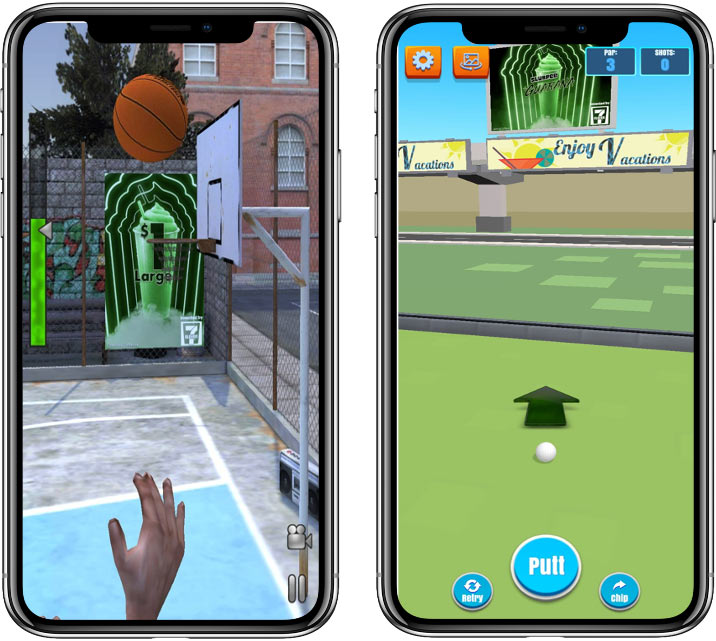 AdColony has stated that “The most successful mediums – just like the most successful content – are socially driven.” Could you expand upon that and what do you think social media looks like in 1 year or 5 years?

Social media and content will merge seamlessly with the gaming metaverse in the foreseeable future.

Games are successful social mediums. This is due, in part, to the ‘watercooler effect’ — in order to assimilate into any culture, you need to be doing what your chosen community does. Gen-Z’s are coming together to communicate with their peers within the game.

Take a look at the community that’s built up around Among Us, for example. Friends scattered across the world can reunite in a single time and place within the reality of the game. Over time, the Among Us community has grown beyond the gameplay alone to include a vast community of fans across multiple platforms who share memes, inside jokes, and strategies with one another.

In the past, there’s been hesitancy to get involved with gaming due to so-called “brand-safety.” Do you think this is wise for brands and do you think that gaming truly lacks brand-safety compared to other mediums?

A lot has changed in gaming in the past few years, and brand safety is one of AdColony’s core strengths, and an issue that we are educating advertisers and brands on. Our research records that gaming apps rank higher than social media platforms in providing a brand-safe environment for advertisers.

Gaming is an incredibly brand-safe environment, and there are many factors that contribute to this, including:

However, while the gaming environment is prime, brands should also do their due diligence in ensuring that their campaigns meet the following criteria: brand safety, brand suitability, trackability and contextual relevance.

On the game publisher front, brands need to look at their own image and values, and map them to the most appropriate genres. They also need to think long term, especially if they are planning to have blended in-game ads.

When working with influencers or esports athletes, some vital considerations include the individual’s category exclusivity, character and moral standards, and previous track records to ensure that person is a brand fit.

As technology and society evolves, new threats will arise, which makes stopping all brand safety threats impossible. Yet, brands, advertisers, and the gaming industry alike can mitigate the risks through various tools and strategies.