A new campaign from PepsiCo working with VMLY&R is encouraging mobile users across China to showcase their passions by transforming any blue surface into their own Pepsi multimedia experience through the use of augmented reality.

The PepsiCo AR experience is part of the brand’s “For the Love of It” campaign, which aims to engage China’s GenZ, and launched in late June across both WeChat and TikTok. It allow users to scan any blue surface, which can then be used to showcase their own media content, allowing China’s GenZ to show off their football skills on a billboard, or see their own musical performance appear on the side of a building via their smartphone. As of today, the app on TikTok has attracted 2.7Bn views said the brand

“With no limit to the type of surface that can be converted, we are giving China’s GenZ an innovative space to showcase their passions and create their own definition of our iconic Pepsi blue,” said Lilly Yip, APAC CMO, PepsiCo.

“This is the first extensive commercial use of this technology in China, and we have already seen record engagement by millions of users across China showcasing what they love via the apps since launching just a few weeks ago.”

To launch the campaign, PepsiCo and VMLY&R China engaged popular celebrities and Pepsi brand ambassadors Jackson Wang and Zhou Dongyu, to showcase the technology to their social media followings, while also working with local TikTok vloggers to spread the word.

Since its launch, the campaign has seen users generate over 264,000 posters featuring user-generated content via its WeChat Miniapp, and more than 332,000 videos via its TikTok miniapp, generating tens of millions of RMB in earned media.

VMLY&R Shanghai worked end-to-end on the campaign, from concept to execution. The agency’s scope included digital videos, building partnerships with TikTok and WeChat, and creating the AR miniapps within the two platforms.

“PepsiCo is a brand that is always willing to push the boundaries in order to create innovative connected experiences for their consumers, which makes them an absolute pleasure to work with,” said Kevin Zhu, CEO, VMLY&R China. “This campaign harnesses creativity, technology, and culture to connect PepsiCo with China’s Generation Z, providing a next-level brand experience which is both fun and exciting and speaks to GenZ in a language they understand.” 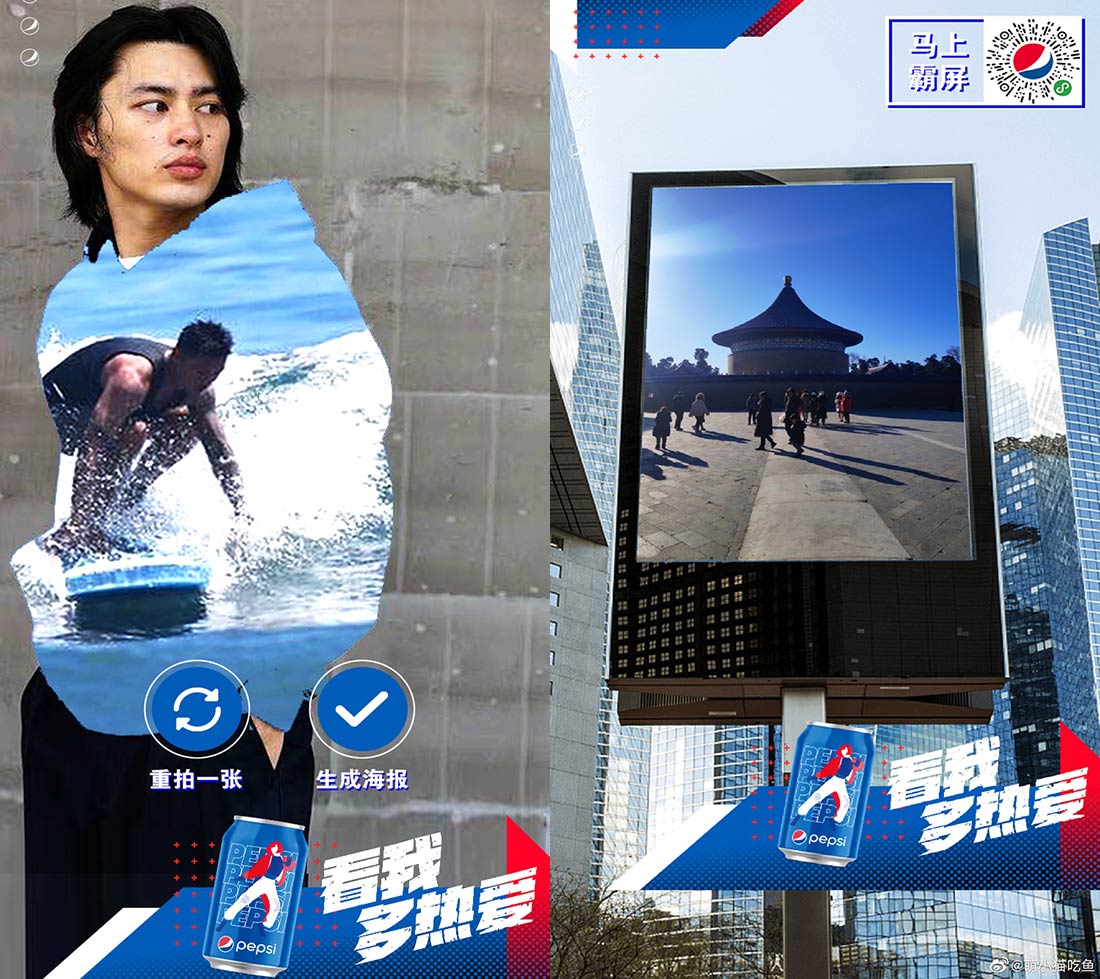