The Advertising Association of Nepal (AAN) organized Nepal’s biggest advertising award ceremony, the Crity Awards’, at Soaltee Crowne Plaza, Kathmandu. The Crity Awards was established in 2003 to honor and motivate the creativity in advertising industry of Nepal.

This year it was the biggest award ceremony with an estimated live audience view of around 1.2 million and event attendance of over 700 audiences from advertising agencies, including the leading businesses attended the award ceremony and media house representatives and government officials of Nepal were part of the event. Chief Guest of the event was the Secretary of Ministry of Information and Communications who along with other guests and dignitaries presented awards to the winning advertising agencies.

There were total 24 categories and 27 top most advertising agencies participated which were judged by 51 reputed professionals from the fraternity of advertising and communication. 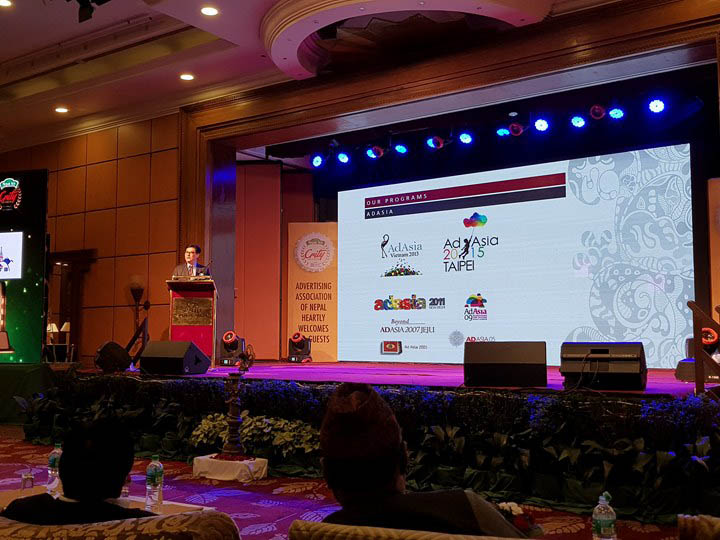 The program was marked by the presence of Raymond So, Chairman of Asian Federation of Advertising Association and Bharat Avlani, Chief Knowledge Officer. The four hour event was telecasted live by almost all major satellite TV channels of Nepal. Apart from that the event had the support of almost all dailies, TV channels and other medias.