According to the campaign, one in two camels dies due to eating plastic litter left behind by campers and tourists.

To raise awareness of the devastating impact of plastic pollution on desert ecosystems, BEEAH Tandeef partnered with the Dubai Camel Racing Club to launch the ‘Race for Life’ campaign.

Conceptualized by Leo Burnett Middle East, BEEAH Tandeef enrolled a camel named OKLAH in the world’s biggest camel race, which is televised across the Middle East. But when the race began, OKLAH stood immobile, drawing attention to the message on its body, ‘My race is against what’s inside me’, referring to the plastic items that are often found inside the bodies of camels.

“Camels made life in the desert possible in the past, they are an important part of the Emirati culture. But these days, 50% of camels in the UAE are dying due to eating plastic litter. So, on World Camel Day, we revealed the story of a camel named OKLAH who lost a race so that other camels don’t have to lose their lives.”

By standing still at the starting line, OKLAH became a walking billboard in the desert, drawing everyone’s attention to a critical message using the traditional technique of camel body art. This decorative hair style dates back several hundred years, and is still used as a cultural communication channel among people who raise and care for camels.

Speaking on the ‘Race for Life’ campaign, Mr. Rafael Sanjurjo Lopez, CEO of BEEAH Tandeef, said: “As a homegrown organization, we consider it a priority to preserve the UAE’s rich heritage, including our deserts and indigenous wildlife. Littering in desert areas is a growing issue of concern, and the consumption of plastic waste is detrimental to the health of camels. We believe this awareness initiative will help people to understand and act responsibly to keep our wildlife and our environment safe and clean.”

‘Race for Life’ launched on World Camel Day (22 June), a day that celebrates the stamina and resilience of camels, but this year highlighted the plight of camels in line with BEEAH Tandeef’s mission of building a cleaner and more sustainable world for all. 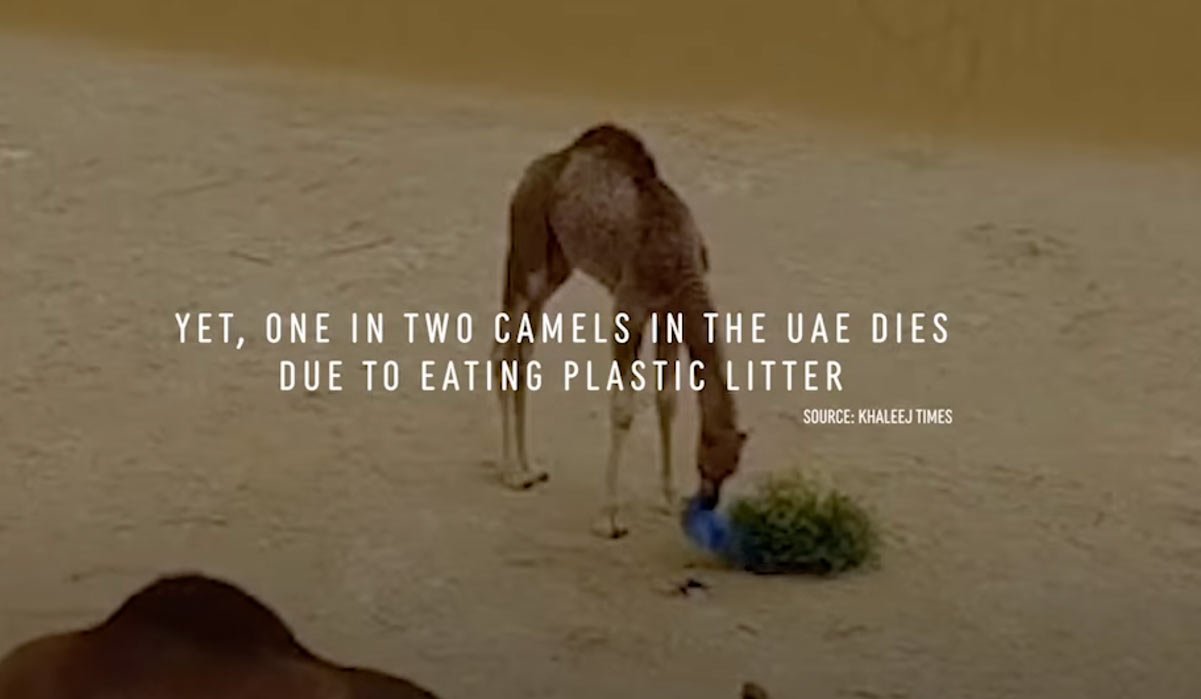 Over the coming year, BEEAH Tandeef will install dustbins across a vast area of the UAE’s deserts in collaboration with Desert Safari organisers, encouraging tourists and campers to dispose of their trash safely.

OKLAH’s image will feature on the packaging of sustainable products to raise awareness of the harm caused by plastic pollution, while ‘Race for Life’ will be made a part of the school curriculum, with kids learning about plastic pollution from an early age to understand why dead camels are often found with kilograms of plastic inside their stomachs.