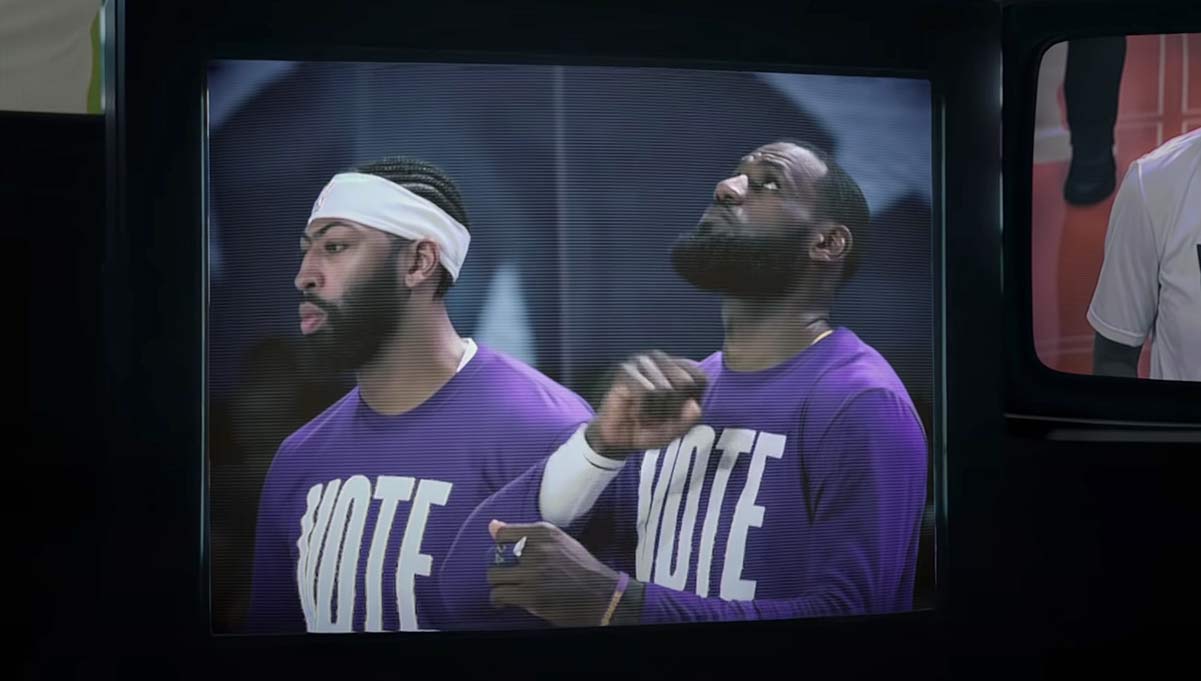 With the American presidential election just around the corner, Nike has released “You Can’t Stop Our Voice,” to illustrate how you don’t have to be a global superstar to make an impact.

Directed by Hiro Murai and narrated by actress Regina King, the one-minute film features athletes like LeBron James, Naomi Osaka, Odell Beckham Jr., Sue Bird, Ja Morant, A’ja Wilson, and Tim Anderson. In addition, Nike has partnered with transportation networking company Lyft to support early voting and access to discounted rides through October 30 in American communities who have historically had a harder time getting to the polls.

Earlier this summer, and on the 55th anniversary of the historic Voting Rights Act, NIKE, Inc. celebrated the right to vote with a commitment to Time to Vote, a nonpartisan effort to increase voter participation in U.S. elections.

Leading up to the November election, Nike additionally teamed up with nonpartisan expert Rock the Vote as a technology partner to create a platform for people to register to vote, check registration statuses and find state-by-state voting information. Nike also partnered with When We All Vote, a nonpartisan organization, to help provide information and resources to get out the vote.

In July, Michael Jordan and the Jordan Brand announced its initial partner donations from the $100 million over 10-years commitment to fight against systemic racism — including partners helping to tackle voter suppression. Converse has additionally supported efforts to raise awareness in civic engagement.