With more people staying at home under social distancing policies around the globe, Netflix released their Q4 earnings report, which soundly beat expectations for subscriber growth, though earnings barely per share missed estimates. Netflix said it is “very close” to being free cash flow positive and is considering stock buybacks.

While the global subscriber base grew by 8.51 million, beating estimates of 6.03 million, revenue was $6.64 billion versus the $6.63 billion expected, and earnings per share was $1.19 versus $1.36 expected according to Bloomberg.

Regarding subscriber growth, Netflix said it added 37 million paid memberships in 2020 and achieved $25 billion in annual revenue, a 24% increase year-over-year.

Netflix said in a statement,

“We’re enormously grateful that in these uniquely challenging times we’ve been able to provide our members around the world with a source of escape, connection and joy while continuing to build our business. With 8.5m paid net additions in Q4, we crossed the 200m paid memberships mark. For the full year, we added a record 37m paid memberships, achieved $25 billion in annual revenue (+24% year over year) and grew operating profit 76% to $4.6 billion.” 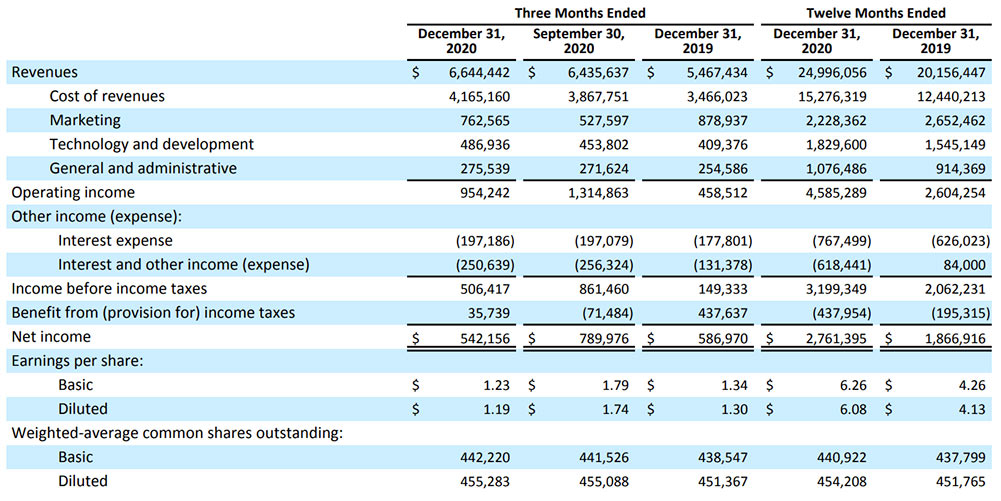 Consolidated Statement of Operations via Netflix

In scripted English language television, season four of “The Crown” was the biggest season so far and drove new watchers of prior seasons. The series has seen the number of member global households rise to over 100m since its initial launch. “The Queens Gambit” saw similar success with 62 million households watching in its first 28 days, which makes it Netflix’s biggest limited series.

The most popular original film of the quarter was “The Midnight Sky”, starring and directed by George Clooney, with an estimated 72m member households watching the title in its first four weeks. The animated feature film “Over the Moon” was noted for high levels of rewatching, while “We Can Be Heroes” had a projected 53m member households watching in its first four week 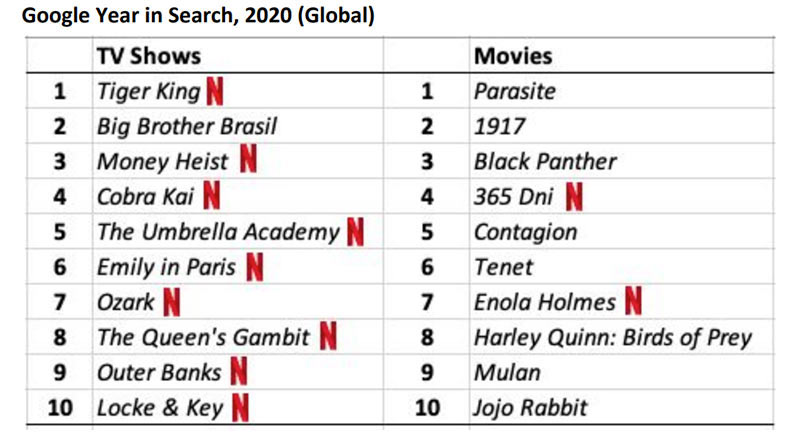 Data from Google via Netflix

Netflix said with an increasing number of streaming options available to consumers including Apple TV+, Discovery+, Disney+, HBO Max, caused them to step up production of original content to compete.

“The big growth in streaming entertainment has led legacy competitors like Disney, WarnerMedia and Discovery to compete with us in new ways, which we’ve been expecting for many years,” Netflix said in a statment. “This is, in part, why we have been moving so quickly to grow and further strengthen our original content library across a wide range of genres and nations. 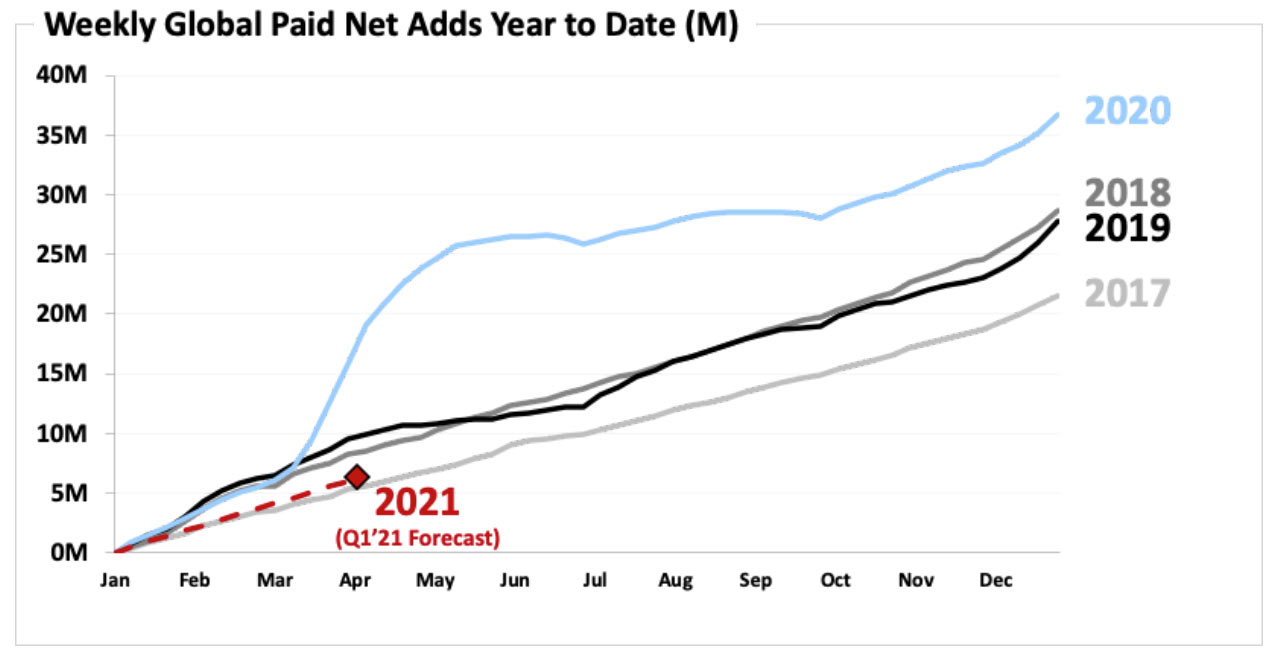