Kami’s mission is to revolutionize the digital world, making it an inclusive and welcoming place for people with Down syndrome.

Down Syndrome International (DSi) has partnered with creative agency Forsman & Bodenfors (F&B) and global digital modeling agency The Diigitals to create the world’s first virtual influencer with Down syndrome.

According to the initiative, despite being a more connected society, the digital world has yet to embrace diversity fully.  For example, avatars that allow us to choose an “ideal” face and body lead to the heavy underrepresentation and the reduced visibility of people with disabilities.

Down Syndrome InternationaI (DSi), F&B Singapore, and The Diigitals saw this as an opportunity to contribute to making a more inclusive digital space by creating the world’s first virtual influencer with Down syndrome. 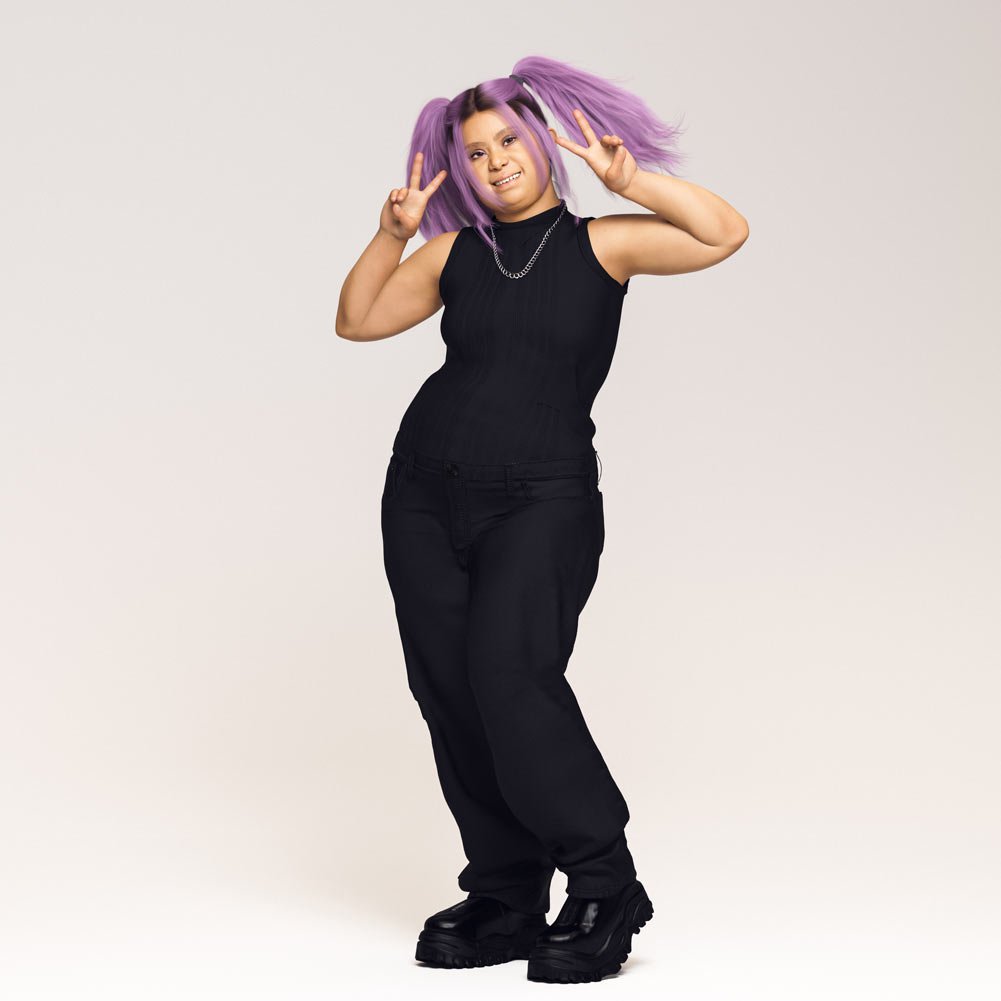 Short for the name Kamilah. It means perfection, and that is how they want the world to see her. By intentionally giving Down syndrome to someone who is universally known as ‘perfect’ in the social sphere, Kami serves as a powerful representation that Down syndrome is not a flaw or a mistake, and that she does not need ‘fixing’.

Kami’s mission starts with a pledge: Inviting the world’s most forward-thinking communities and brands to help her change the digital space for the better and make it a more friendly and inclusive place for people living with Down Syndrome.

“We want to make it impossible to ignore Kami and everything she stands for. As we get to know her, Kami’s true potential will depend on how the world embraces her in her virtual form.”

For DSi and the DSi global member network, it was important that the creation of Kami was a collaboration driven by the Down syndrome community and individuals living with Down syndrome.

For Kami to be a truly authentic representation of real women with Down syndrome, a panel of over 100 young women volunteers with Down syndrome across the DSi global network were consulted to collaborate on her creation as a virtual model – acting as the faces, physiques, gestures, voices, and personalities that Kami will embody.

“We have always been acutely aware that the digital space has had little or no place for people with Down syndrome,” said Andrew Boys Executive Director of DSi.

“Creating Kami as a welcoming and relatable representation in the digital space for young women with Down syndrome is an incredible milestone for DSi. We have high hopes for Kami and the transformation she can bring to digital diversity.”

One of the women volunteers with Down syndrome is Jaspreet Sekhon from Singapore.

“I don’t really see people with Down syndrome on social media. I wish there was more like us,” she said.

“If I saw more people with Down syndrome, it would make us confident in ourselves. Show people what we can do and then show it on social media.”

The process of creating Kami was part algorithm, part craft. The portraits of the 100+ women with Down syndrome were aligned, then added to a face averaging program that ultimately delivered a single image. Next the 3D character creator program Daz3D was used to generate the initial concept and face of Kami.

For founder and CEO of The Diigitals, Cameron James-Wilson, using machine learning to generate the first phase of Kami was critical to the process of creating a truly authentic and diverse 3D character.

“Generating the initial concept of Kami from an algorithm more than the touch of a human hand eliminated any notion of unconscious beauty bias into the character creation process,” said James-Wilson.

“We really wanted Kami’s DNA to represent all the faces and aspects of these women with Down syndrome, which the program allowed us to do.”