BTS can do wonders for the brands that have the cash to sign them.

Branding in Asia previously covered the chaos and mayhem caused by the launch of the BTS meal. The collaboration between the band and McDonald’s was just about as big a hit as physically possible.

In Singapore, the sky-high demand for McDonald’s paper bags adorned with the BTS logo resulted in fans reselling the packaging along with unopened sauces on an e-commerce platform.

But this isn’t the first time brands have leveraged the K-pop superstars’ global influence. iPrice Group has looked at how much brand interest surged in Singapore after signing BTS as their ambassadors.

According to their latest research, which listed down six of BTS’ notable endorsements or collaborations in the past three years, Google searches of a brand can jump up to more than 50% after tapping BTS. 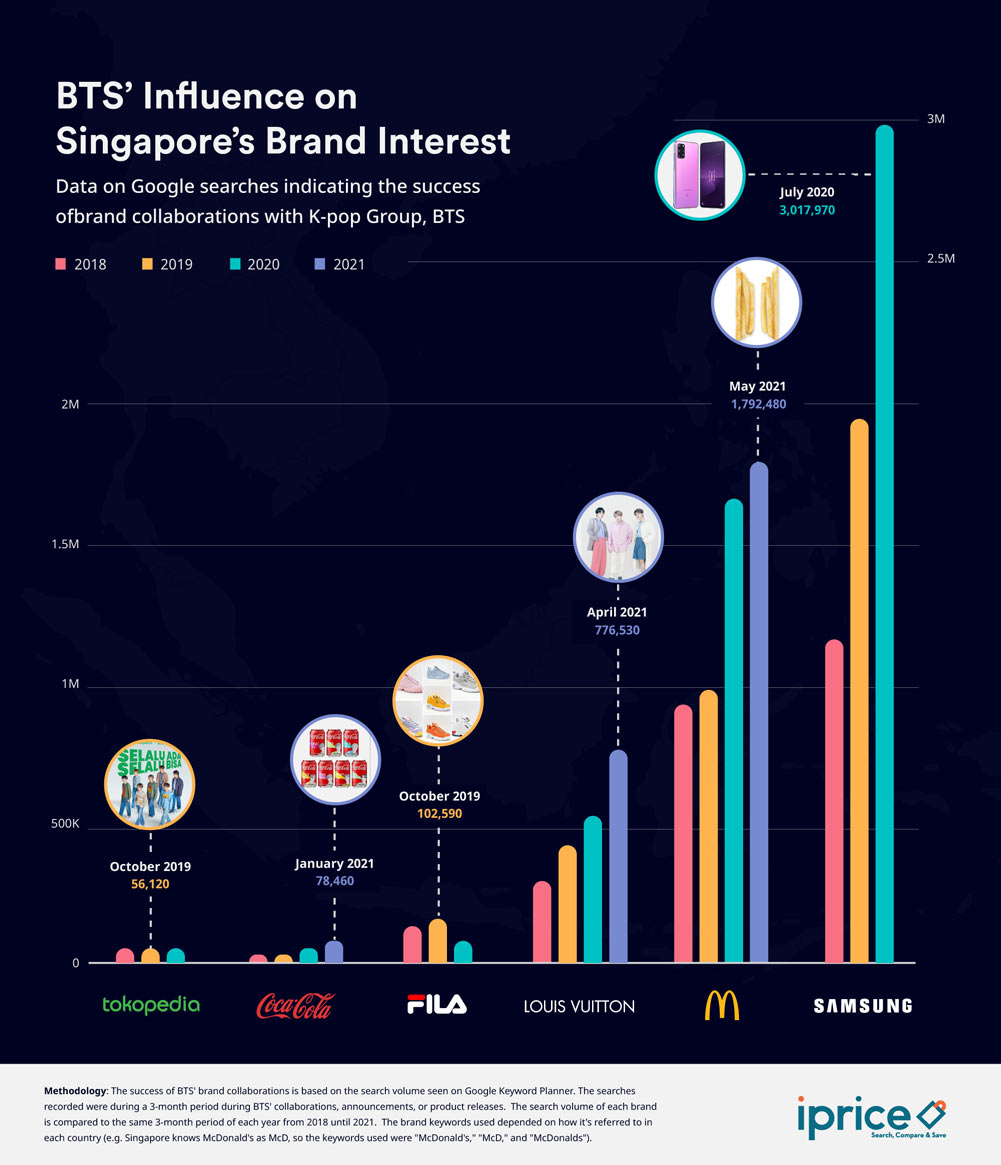 Other high-profile collaborations were with Louis Vuitton and Coca-cola, which have resulted in both brands’ search interests surging by 46% and 14% respectively, as compared to the same period last year.

In July 2020, South Korean multinational electronics company, Samsung, released a BTS edition of Galaxy S20+. The result revealed a 53% increase in brand searches compared to the same period in 2019.

Meanwhile, BTS’s collaboration with Fila gained a 16% spike in brand interest in 2019.

Driven by highly devoted fans who would spend an average of $1,422 on their merchandise, tickets, and albums, it is no wonder that BTS has been successfully making online sales across categories.

These brands have gained so much success from their collaborations because each of the Korean boy band’s members has a fan base of their own. K-pop fans have come up with a term called “bias,” which essentially means a favorite member. Keeping that in mind, iPrice also determined who Southeast Asia’s top BTS biases are. 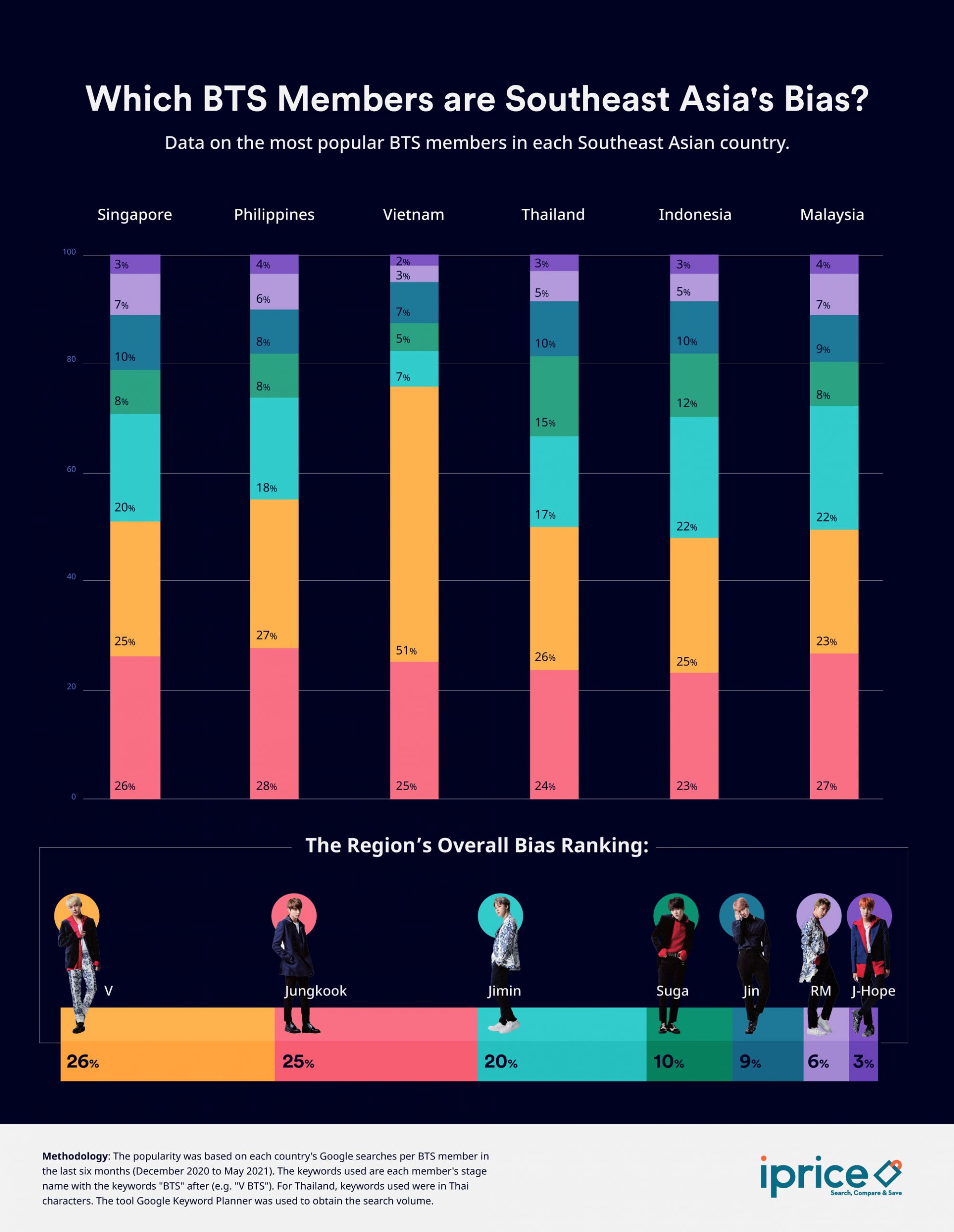 In Southeast Asia, people seem to be Googling V the most, earning 29% of the search volume, followed by Jungkook at 26%, and Jimin at 18%. However, Vietnam seems to have a soft spot for the oldest BTS member, Jin, as he ranks #3 in the country.

If brands can’t afford the full package, maybe getting one BTS member may still do the trick. After all, iPrice’s older study proved the huge success of a single Black Pink member’s collaboration with Saint Laurent last year. A single BTS member may just garner the same success or even more.

Audi Rolls Out a Fully Electric Sports Car in Singapore

Singapore Launches Music Videos to Encourage Seniors to Get Vaccinated

Audi Appoints Rice as its PR Agency Partner in Singapore

Sentosa Dives Deeper into the Island in Latest Campaign