Some product launches, while starting with the best intentions, can easily go real bad real fast. Such is the case with the McDonald’s McFizz drink in Japan.

Not the drink itself (or that odd name) but the cups that the drink is served in which features a young woman on one side and a young man on the opposite side – imagery that at first glance looks innocent enough when filled to the brim with the various flavors and colors of McFizz. 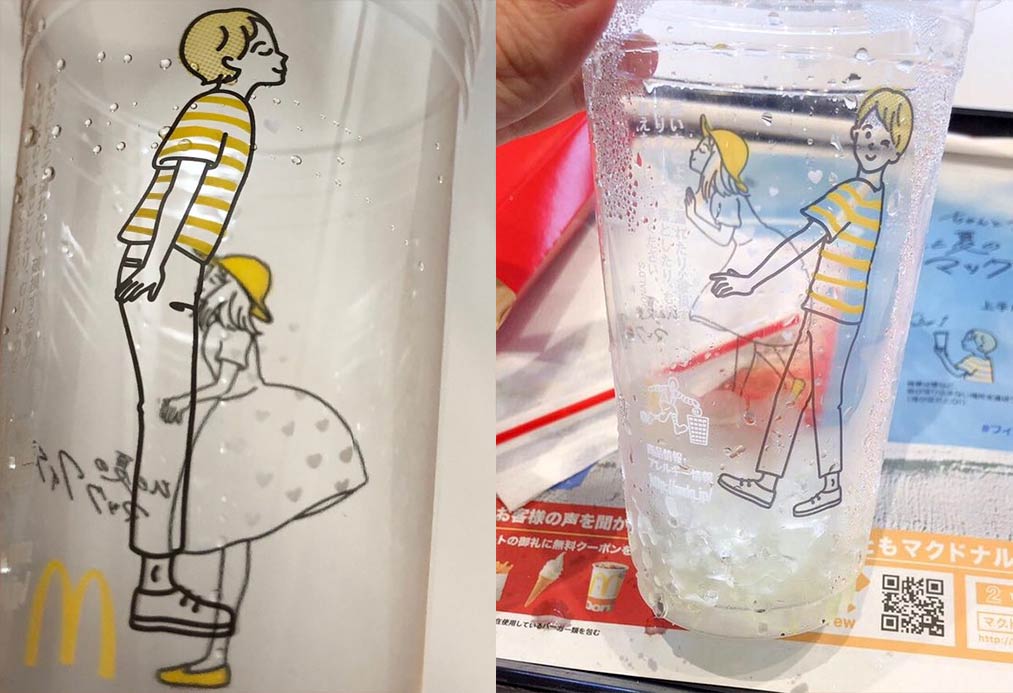 Oops. Now sure, this could be a simple case of “mind in the gutter”, but others on social media in Japan have taken to referring to the drinks as “大人の飲み物” (otona no nomimono) or “adult beverages”.

Mind in the gutter or not, it’s hard to not see their point – or unsee what they’ve seen.

McDonald’s intentions with the design seem to have been innocent enough – when viewed at the right angle, some of the designs are platonic.

According to SoraNews in Japan, Mickey D’s has yet to pull the cups, and a statement from the brand has yet to be released.

One commenter over at Japan Today viewed the cups from the bright side, albeit dripping with sarcasm when writing: “McDonald’s suggestive cups just trying to help the Japanese birth rate improve. The “family restaurant.”

Here is their ad promoting the McFizz.

In case you’re actually interested in the McFizz product itself, the beverage comes in Lemon Ginger, Blue Hawaii, and Blood Orange flavors.

Enjoy. The drink that is.