Maxim magazine, the often racy and sometimes controversial men’s publication that prints 16 Editions in 75 Countries, is being criticized for the the new cover of the Korean version of the magazine featuring Korean Actor Kim Byung Ok smoking a cigarette while the legs of a woman bound in tape hang out of the back of his car trunk.

The cover shot comes with a large caption, in English, reading, “The Real Bad guy.”

It is followed by subtext, in Korean, which translates to, “Women like bad guys? This is a real bad guy. Are you dying to love it?”

Inside, the full spread features the 54-year-old actor photographed in differing themes such as murder, kidnapping and abandonment. 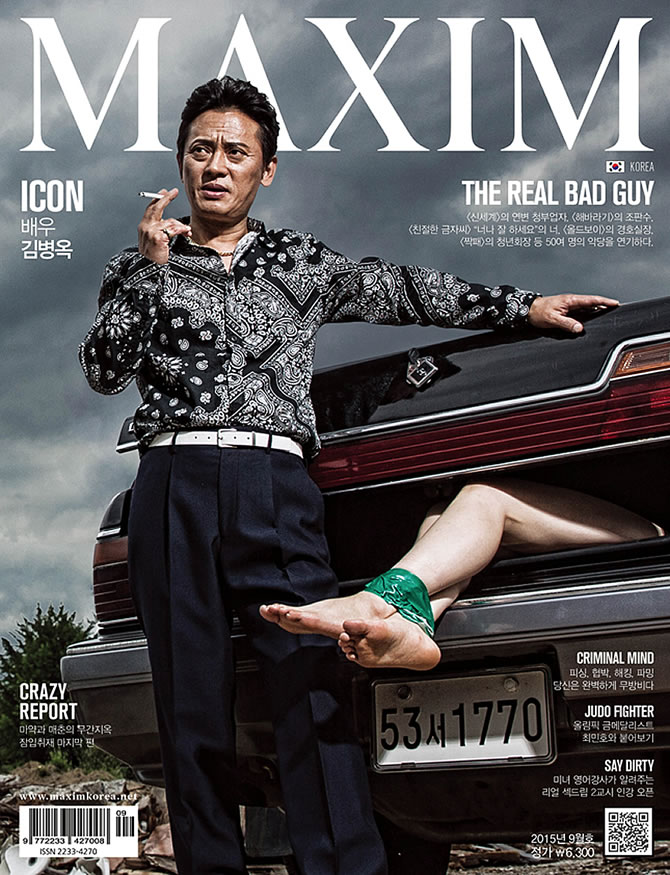 The cover and inside spread have ignited an outcry by Korean netizens who are calling it over the line.

Maxim Korea released a response to the criticism –website AllKpop.com ran a translation of the statement:

“Hello. This is editor Lee Young Bi of the magazine MAXIM. The male cover of the September issue of MAXIM featured actor Kim Byung Ok, who is the best at playing the antagonist. The editing team aimed to cast him in an antagonistic role in a Noir film. As you will be able to see from the total photoshoot, the theme cast murder and hiding bodies in a Noir mood, but there is nothing about sexual assault. We did not romanticize sexual assault as a sexual fantasy. We would be thankful if you can see the cut of the photo as a shot that shows the flow of the photoshoot in a condensed manner as scenes in movies do.”

Also responding to the cover, model Jung Doo-ri, who won the Maxim Girl model contest in 2014, wrote on social media: “I was supposed to be a model for Maxim’s cover this year, but I gave it up after I realized this magazine’s views on women.”