She worked on iconic campaigns including “I ♥ New York” and "I can't believe I ate the whole thing" for Alka Seltzer.

Ad world legend Mary Wells Lawrence, the woman behind some of the world’s most iconic campaigns, will become the first woman to receive the highly prestigious lifetime achievement award, the Lion of St. Mark.

The 92-year-old  Lawrence founded Wells Rich Greene in 1966 making her the first woman to found, own and run a major agency, as well as the first female CEO of a company traded on the Big Board of the New York Stock Exchange.

Wells Lawrence’s pioneering career has included resurrecting New York City’s deteriorating image with the now-iconic “I ♥ New York” slogan, as well as the branding of Braniff Airways into the recognized airline of the jet set with the ‘The End of the Plain Plane’; a campaign that injected a cultural mood of excitement and vitality with airplanes painted in pastel colors and the airline’s hostesses dressed in Pucci designed uniforms.

Speaking about the campaign, Wells Lawrence said: “It was the end of the plain plane. Airline advertising and marketing and design would never be the same. There were groans from other airlines. They complained that the paint made the planes heavy – every airline that told that silly story is now flying fleets of painted planes.” 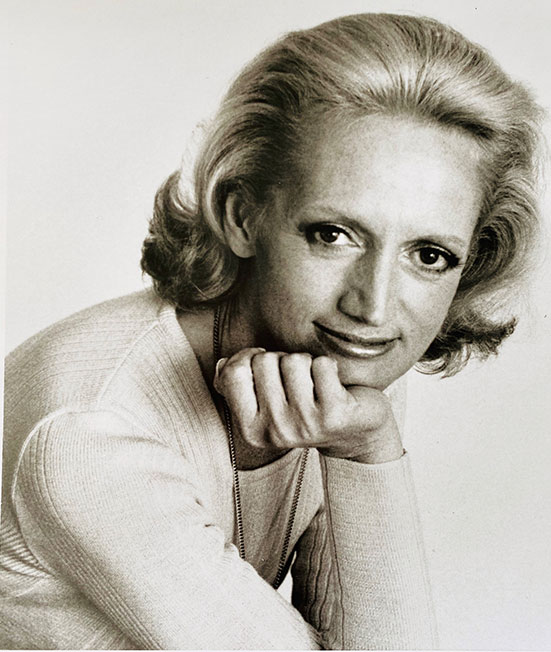 “Cannes Lions campaigns for creativity as a force for business but Mary was ahead of the game—she already knew this 50 years ago,” said Cannes Lions chairman Philip Thomas in a statement. “Her ability to inject entertainment and creativity into her advertising saw her transform the reputations and revenues of many a struggling brand.” That earned her “huge respect and admiration” within the industry.

“I think my particular strength is my belief in passion,” said Wells Lawrence in a statement. “I want to leave you feeling about it—nervous if you are doing something else. Like falling in love,” Wells Lawrence said.

Wells Lawrence will be honored as The Lion of St. Mark through the LIONS Live platform on Friday 26 June.