BTS Releases New Song in Collaboration with Hyundai – ‘IONIQ: I’m On It’

The song collaboration with BTS is part of Hyundai's campaign promoting it dedicated EV brand "IONIQ".

Hyundai has partnered with Kpop mega group BTS for the release of a new song called. “IONIQ: I’m On It.” The song is a follow up to Hyundai Motor’s launch campaign of its new dedicated EV brand “IONIQ in charge of turning the world”.

BTS’ first music project with Hyundai went live on the groups website today and a music video will premiere on Hyundai’s worldwide YouTube channel (@HyundaiWorldwide) at 11:00 AM (KST), Sep. 2nd.

“I hope Hyundai and BTS’s new collaboration song encourages the band’s global fan base as well as our customers to draw their attention to Hyundai’s vision for clean mobility, which is being realized through the new IONIQ EV brand,” said Wonhong Cho, Executive Vice President and Global Chief Marketing Officier at Hyundai Motor Company. 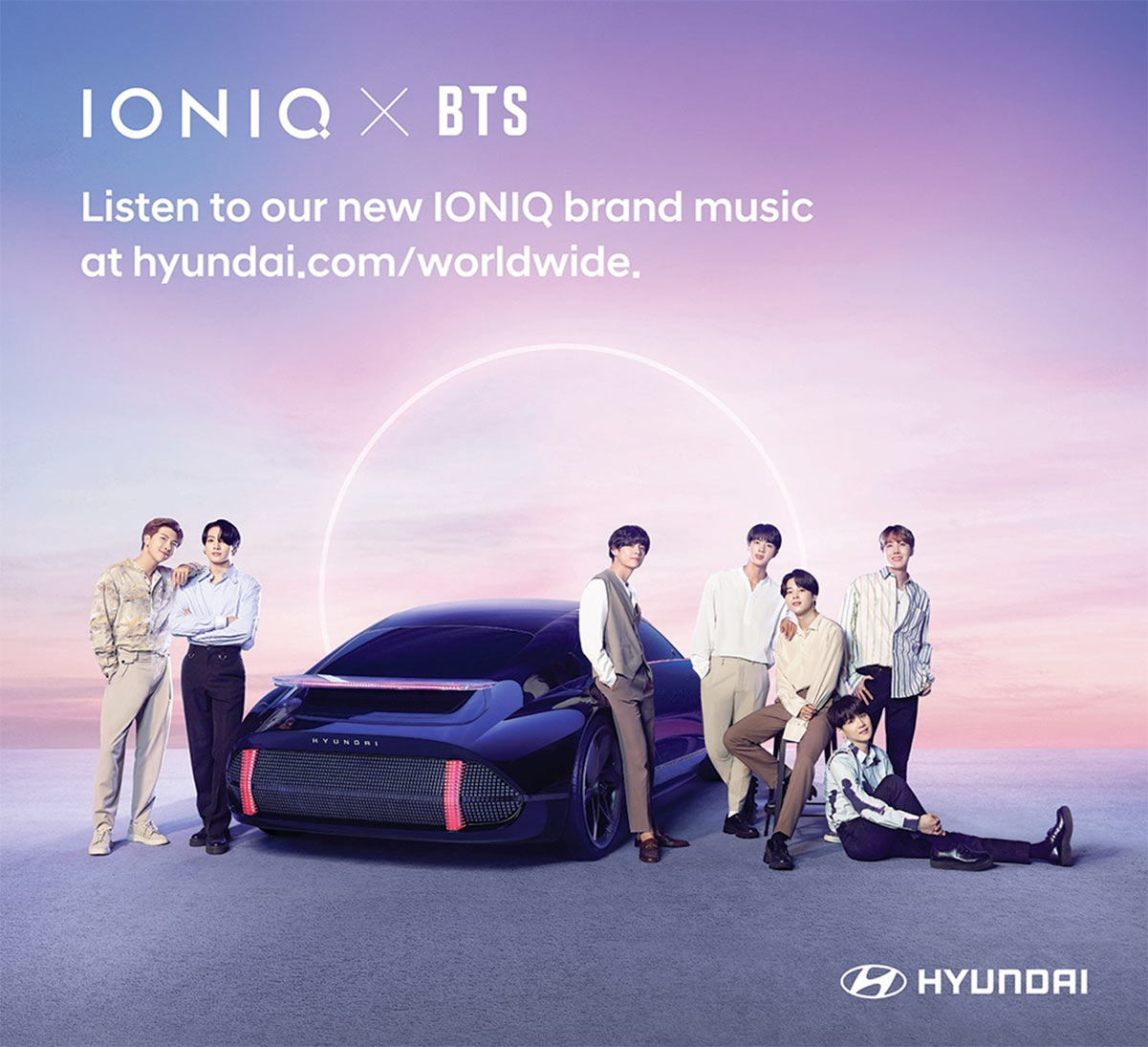 Fans can additionally participate in an online event for a chance to win a limited-edition cassette tape-shaped music player. The music player contains two tracks – “IONIQ: I’m On It” and individual messages from each member of the band.

Only a week left till #IONIQxBTS music is dropping! 'IONIQ: I'm on it' is about our experiences and everyday life that have changed through IONIQ. It will approach you closer by expressing the #future_oriented value of the eco-friendly #electric vehicle IONIQ in #BTS’s unique way! Hope everybody is ready to be on it. Stay tuned. ☝️31st Aug 2020 (MON) 'IONIQ: I'm on it' Music Release! ✌️2nd Sep 2020 (WED) 'IONIQ: I'm on it' #MusicVideo Release! #HyundaixBTS #BTSxHyundai #BTSxIONIQ #HyundaiElectric #HyundaiIONIQ #IONIQ #CleanMobility #ImOnIt #Hyundai

“Hyundai Motor and BTS have continued to collaborate to spread the value of the positive energy they pursue together beyond advertising specific vehicle,” said Global CMO, Wonhong Cho.

“The new IONIQ lineup is Hyundai Motor’s answer to environmental problems and sustainable global communities that Millennials and Gen-Z generations are concerned about, and we will show the substance through the acceleration of the EV vision for future.”

In case you want to sing along:

[Chorus: Jung Kook]
I’m on it. Chasing my chance
IONIQ takes me there

[Jimin]
When we’re together
I get my energy
the memory, it makes me go again

[Jung Kook]
I’m on it. Chasing my chance
IONIQ takes me there

“Looterature” Brings the Joy of Literature to Singapore’s Public Restrooms