Nike has never shied away from mixing politics and sports to make a statement – Colin Kaepernick, of course, comes first to mind, as the brand embraced his cause earlier this year to widespread praise as well as criticism.

Now the brand is once again crossing into the political fray with a positive and uplifting new campaign starring LeBron James in China entitled “DRIBBLE &_____.”

The title comes from a spat earlier this year between James and conservative Fox News host Laura Ingraham who infamously said that the NBA star should “Shut up and dribble” – rather than criticize President Donald Trump. 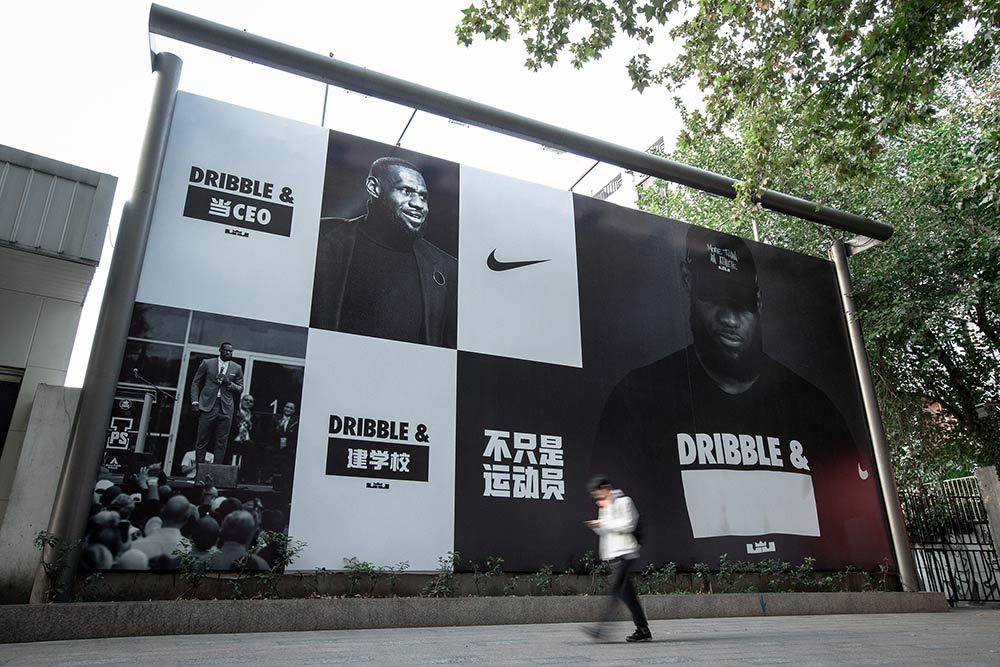 The war of words between the two saw Ingram stoop so low as to say of James, “This is what happens when you attempt to leave high school a year early to join the NBA.”

'Shut up and dribble' — Fox News's Laura Ingraham to LeBron and Kevin Durant after their criticism of President Trump pic.twitter.com/0BlokQDIIl

Now, Nike is partnering with LeBron to fire back in a positive way in the Chinese market, where the NBA and Lebron enjoy widespread popularity.

“This campaign was inspired,” Nike said in a statement, “By that moment, turning a call to be silenced into a platform to speak even louder.”

The campaign, created by Wieden+Kennedy Shanghai, aims at inspiring young Chinese athletes to keep following all of their passions, sports and otherwise – pointing to Lebron’s efforts off the court, from opening a school to starting his own business.

“DRIBBLE &____” shirts were for sale in retail, as well as the ability to personalize the shirts by filling in the blank. 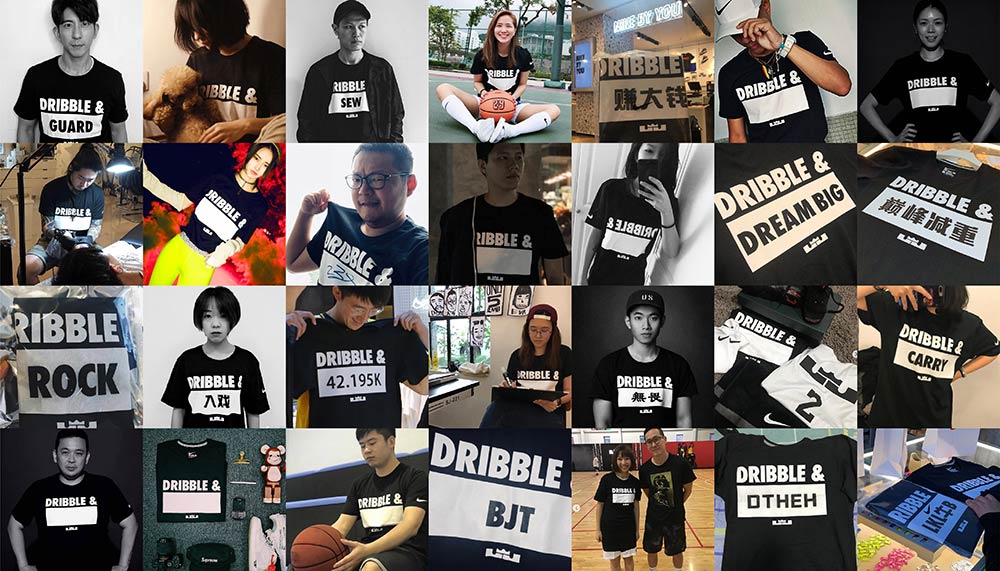 The campaign also printed up a “manifesto” which it displayed in stores around China. 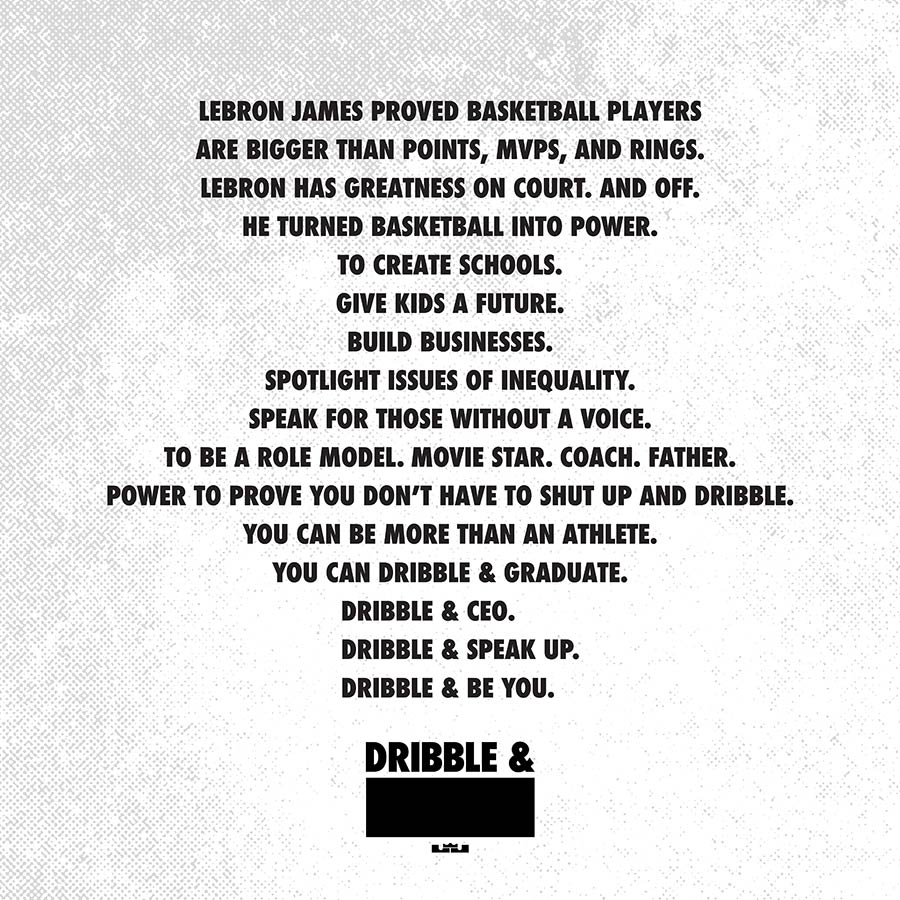 Of course, the irony is not lost on us that this campaign is taking place in China, a country that often restricts what its people can say – in effect dictating that they simply “shut up“.

Tinder Makes a Pivot in Thailand with ‘Friends with (Other) Benefits.’

Singapore Brings in Business of the Future