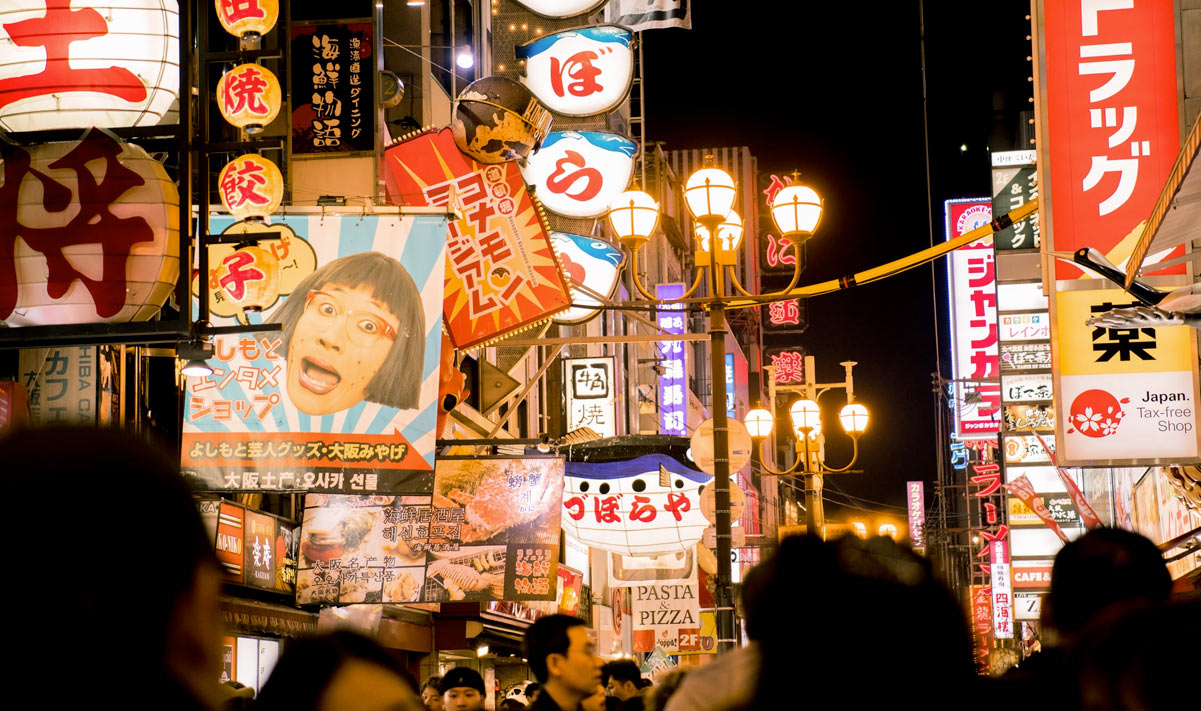 Following Japan in the top position for the Asia Pacific is New Zealand, Australia, Singapore, and South Korea.

FutureBrand has revealed its 2020 Country Index, providing in-depth rankings of global country brands. The report was conducted six months into the coronavirus pandemic, and reveals unexpected resilience during a year of crises, said FutureBrand.

Japan has once again retained its #1 spot in the rankings this year, a position it has held since the index was launched in 2014. Japan is joined in the top five by Switzerland, Germany, and Canada, with the UAE and New Zealand entering the top ten for the first time in 9th and 10th place respectively.

The U.S. and U.K. retained spots in the top twenty, despite a year marked by political tensions and the continuing fall-out from the coronavirus pandemic. Each country fell just one place in the rankings, taking 13th and 20th place, “indicating robust country brands in the face of crises.” 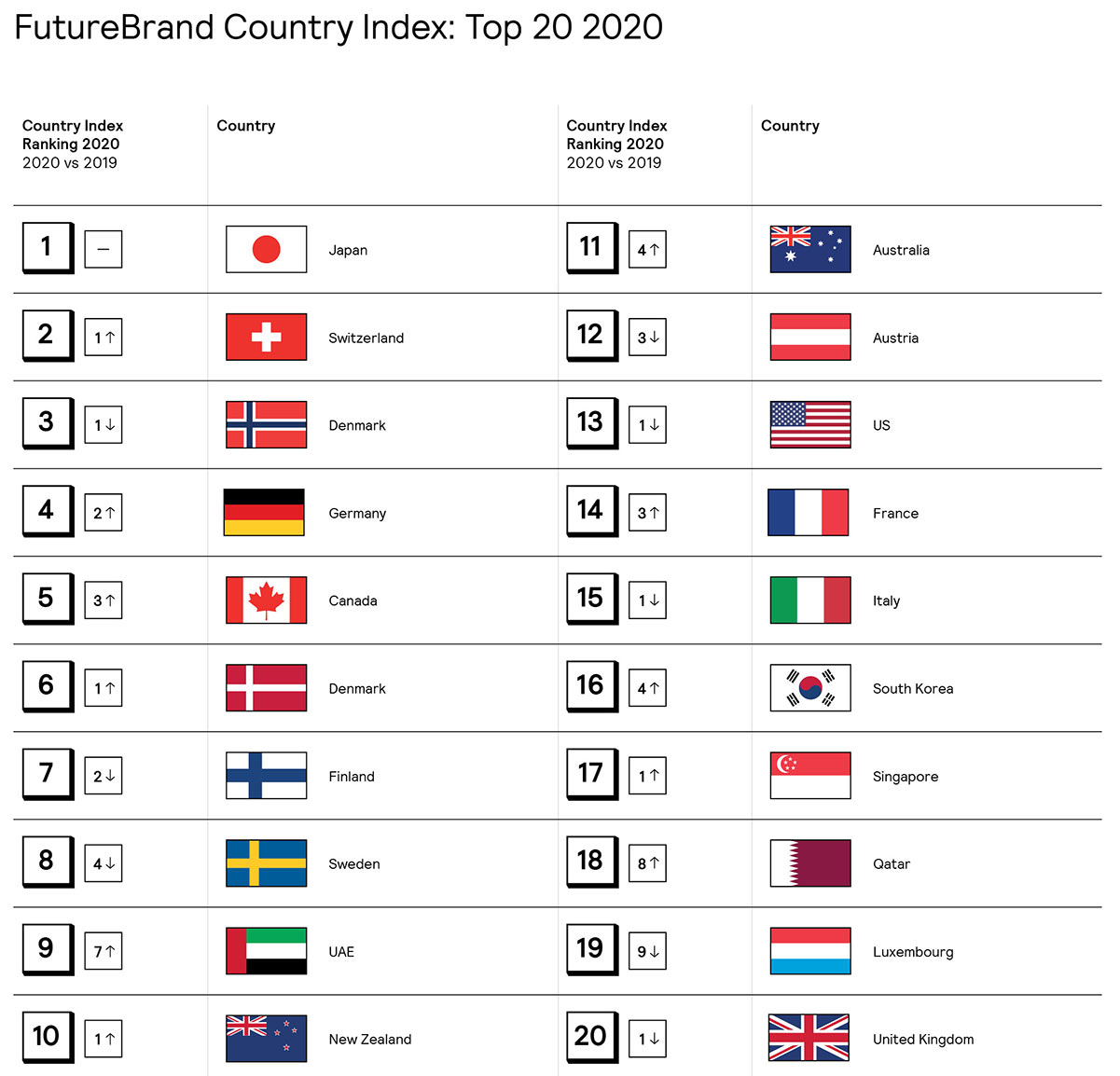 The Country Index draws on qualitative and quantitative data gathered from over 2,500 influential individuals, including chief executives, civil servants, and other high-ranking professionals across the globe. Each individual surveyed by FutureBrand’s research partner, QRi Consulting, has traveled internationally in the last two years and has either visited or is familiar with the countries they rated.

In the Asia Pacific, followed by Japan in the top position, New Zealand, Australia, Singapore, and South Korea rounded out the top five.

New to the Country Index for 2020 were questions related to coronavirus, including qualitative and quantitative data on the domestic handling of the virus in respondents’ country of residence. In the U.S., 29% felt the government has handled the crisis “reasonably well”. Just 14% of respondents felt it had been handled “extremely well”, mirrored closely by the number who felt it had been dealt with “very badly” (15%), said FutureBrand.

The report noted the regional advance of the Middle East with the UAE climbing 10 places since 2014’s index, with Qatar and Oman also improving their rankings.

The index also includes a ranking of the best handlers of the coronavirus pandemic. New Zealand secured the top spot on the list, followed by China in 2nd place and Germany in 3rd place. Interestingly, “don’t know” took 4th place, with qualitative data from respondents indicating more time was needed to properly assess the success of different governmental strategies. South Korea rounded out the top five, whilst the U.S. took 7th place. 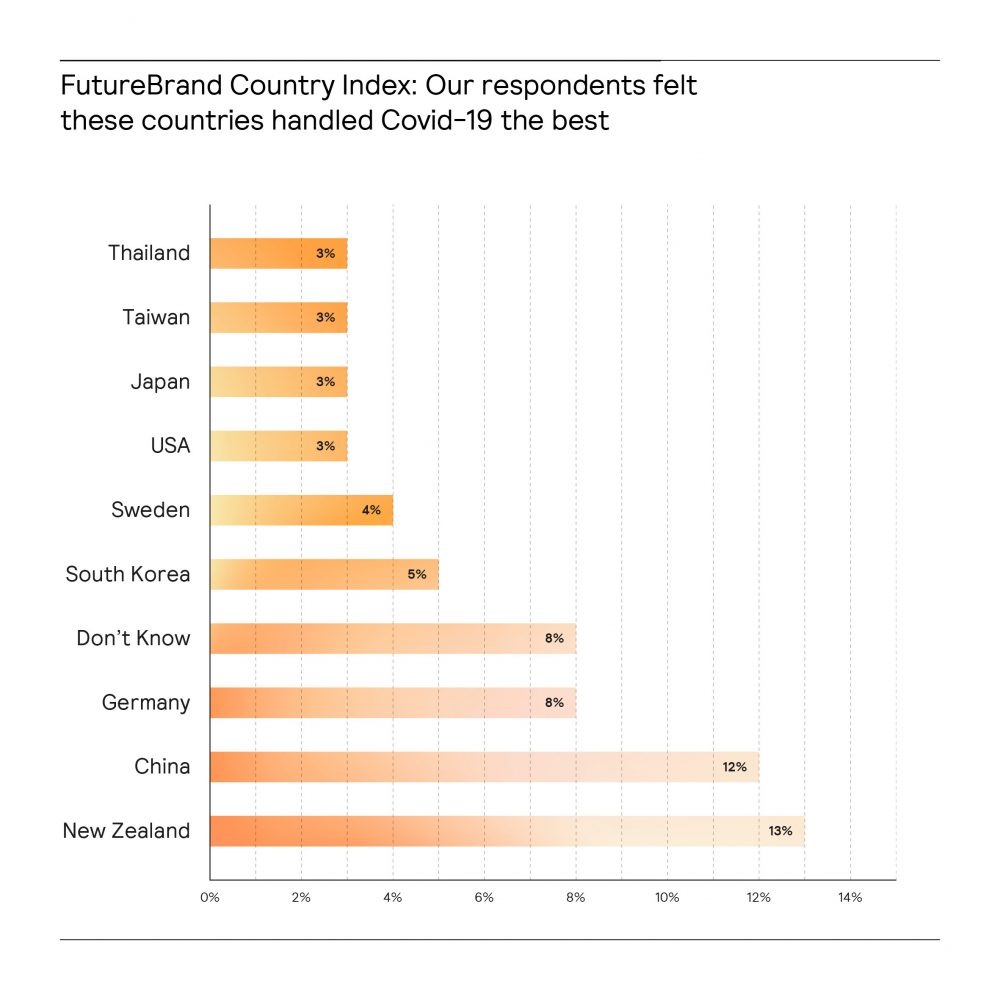 Certain nations have done far better than others when it’s come to the pandemic.

“This year’s index once again goes beyond GDP to take into account broader metrics such as perceived Quality of Life, Value System and Heritage, and Culture to inform up-to-date country brand rankings,” said Jon Tipple, Global Chief Strategy Officer, FutureBrand. “This more nuanced index of global country brands offers fresh insight into challenger countries, which may yet be unclear from their economic standing.

“Ultimately, it’s clear that countries which consistently invest in their global brand holistically are better placed to withstand the shocks of economic uncertainty, polemic news headlines, populist politics, and even pandemics.”

Other key findings include:

Use of Digital Video Ads in Australia for Brand Building Rises