Is Seoul Aiming for Yet Another Uninspiring City Slogan?

South Korea’s famed capital city has decided to finally scrap its long-running slogan, “Hi Seoul: Soul of Asia”, which was first introduced in 2002, and brand the city with something new.

It’s change that many will welcome.

While Seoul, the city, continues to garner international acclaim as a premiere destination, the “Hi Seoul” slogan has long been an object of mockery for its odd wording and amateurish design.

Not one to give up, the determined city toyed with other campaigns over the years –with little in the way of success.

There was the slogan, “Infinitely Yours” in 2009 and the do-it-yourself, “Seoul, my ______” slogan, which invited people to insert their own ending –a dangerous branding tactic by most any measure.

There was also the widely derided “Korea Sparkling” slogan, which long time Seoul based-Korea watcher and author Mike Breen once likened to sounding like a city that was trying to brand “a precious stone or mineral water,” rather one of Asia’s top destinations.

So, has the city of Seoul learned its lesson and let the experts handle things this time around? Have they hired a team of brand experts to distill the essence of all this great city has to offer? Well, no.

Much like in 2002, when over 7,000 people participated in a vote that created, “Hi Seoul: Soul of Asia”, the city has once again turned it over to the people to decide. Though it’s unclear if the people’s choice is represented in the three choices now up for a deciding vote later this month.

According to the Seoul city website, “16,147 ideas have been registered and the three finalists have been chosen.”

And, here they are:

I.Seoul.U. — According to the city, the concept here is intended to suggest that Seoul is a place where two individuals can co-exist.

seouling — The absence of a capital letter “s” (nor the addition of a new word to the English language) is not a mistake. This slogan represents a city under going constant change.

Seoulmate — This entrant is designed to suggest that the city can be friendly like a “soulmate”.

That’s 16,147 submissions, and those are your top three selections.

In Seoul’s defense, while none of these jump right out as great choices, who knows until the final choice is made and put out there into the public lexicon? It might actually catch on. Maybe.

The brand objective set by the city is certainly a lofty one.

According to the Seoul city government, the goal is “to attract 20 million foreign tourists and become one of the world’s top three global MICE cities. In order to develop the new city brand, the establishment of relevant infrastructure and the strategic management and use of city branding, an invisible asset, is critical.”

A bit wordy for a brand statement, but you’ve gotta start somewhere.

Is a slogan needed?

Does Seoul even need a slogan at all? As Mike Breen wrote back in 2009, when such ponderings on slogans were also being considered:

“The real job of national branding is not to pick a slogan but to “position” Korea in a way that is in keeping with the strategic direction of the country. If there is going to be a slogan, and there’s an argument to not have one, the final choice should capture the essence of that strategy or somehow further it.”

Do these three new offerings do that? That’s for you, and history to decide.

There was no mention of a write-in option, but people are invited to voice their choice for Seoul’s new slogan. Head on over to the official website for more information.

Official invite from the city of Seoul 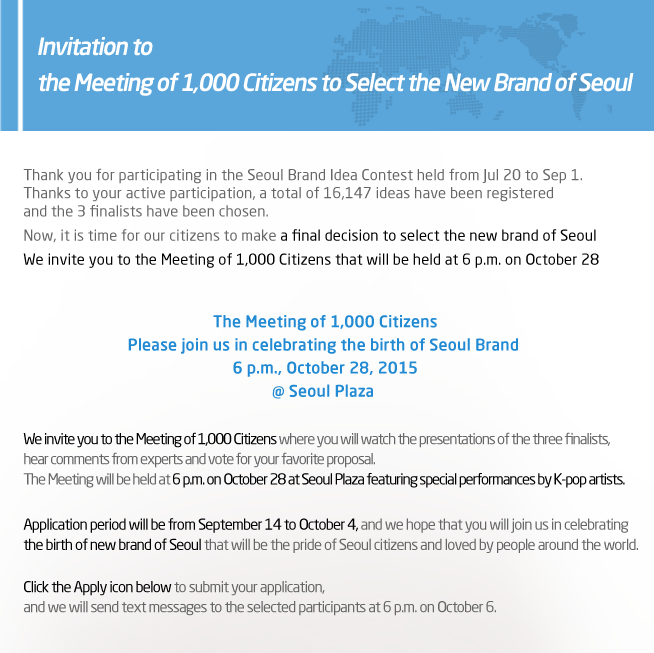 Jeff is the Editor in Chief at Haps Magazine in Busan, South Korea. 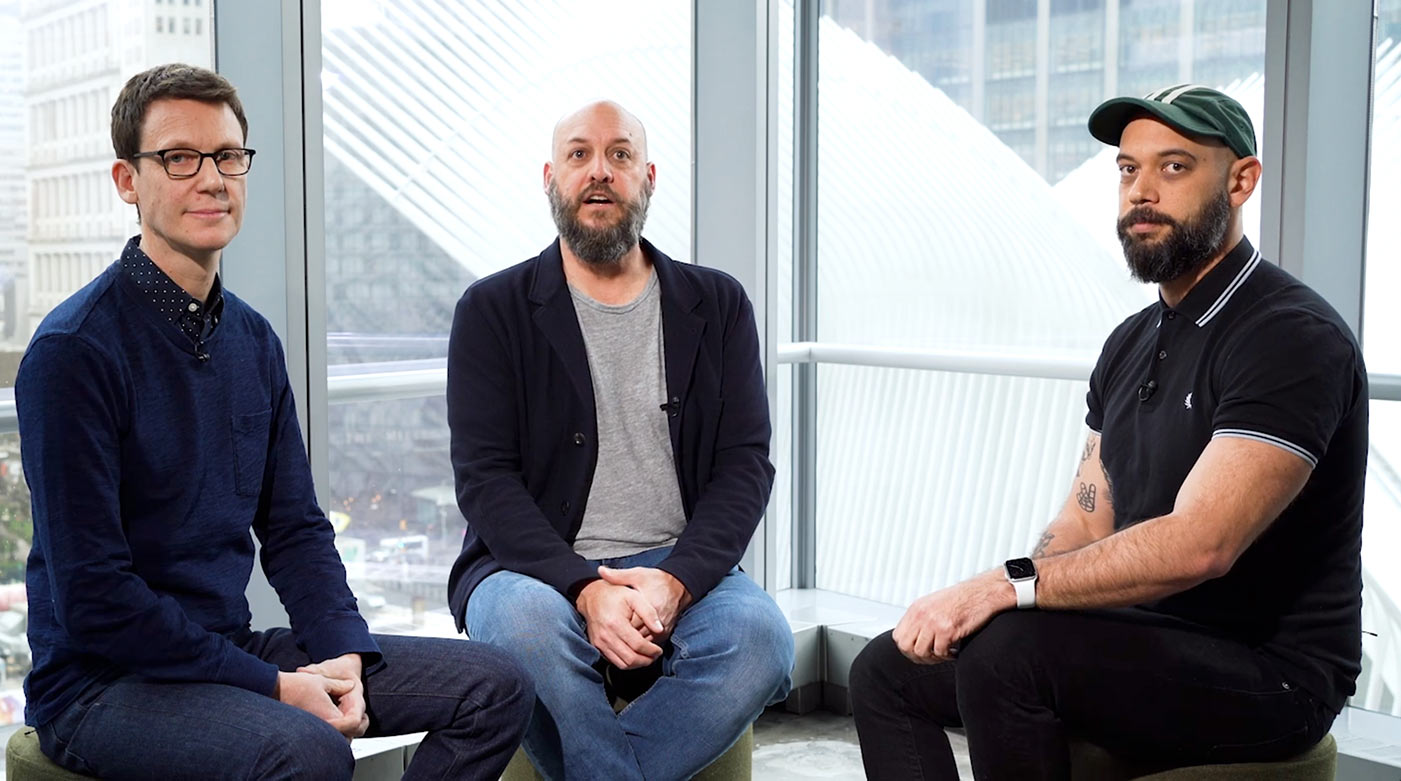 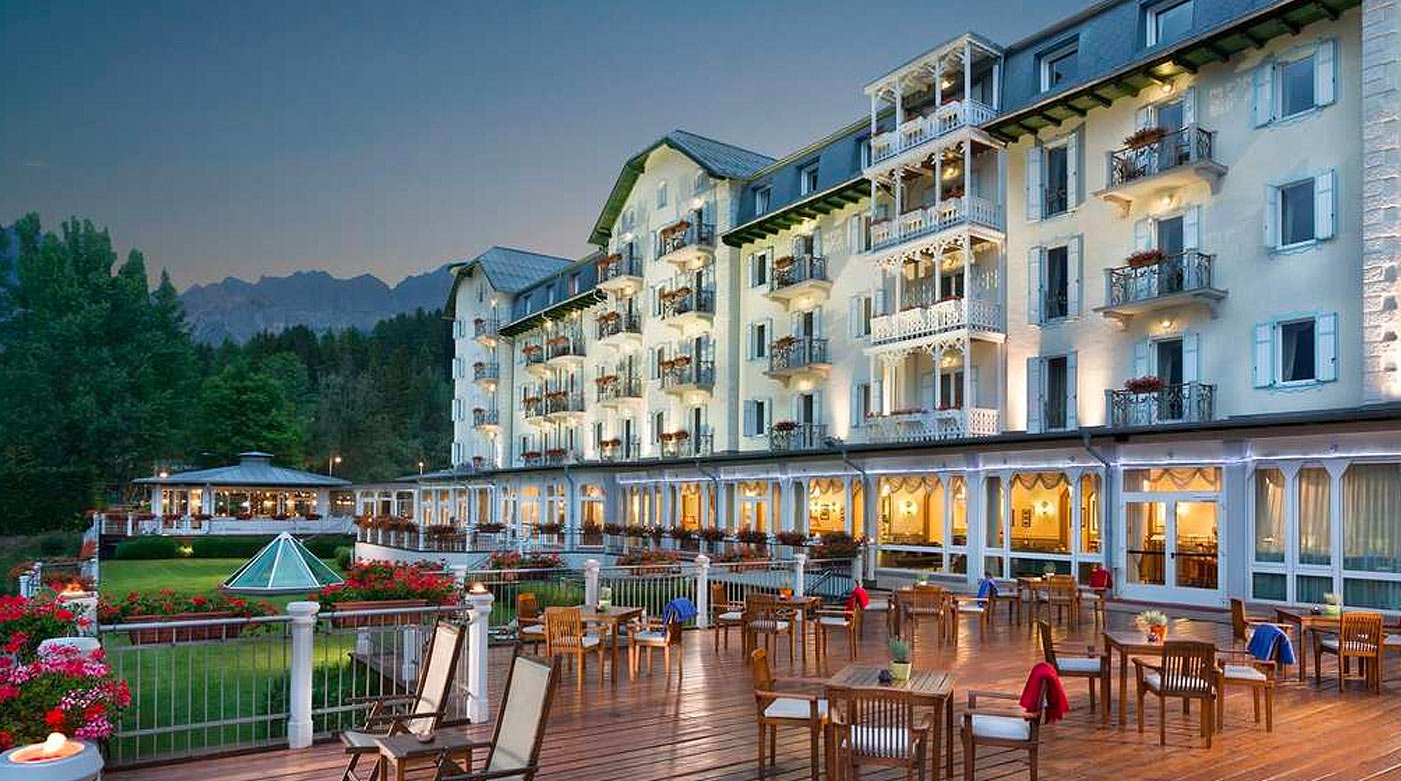 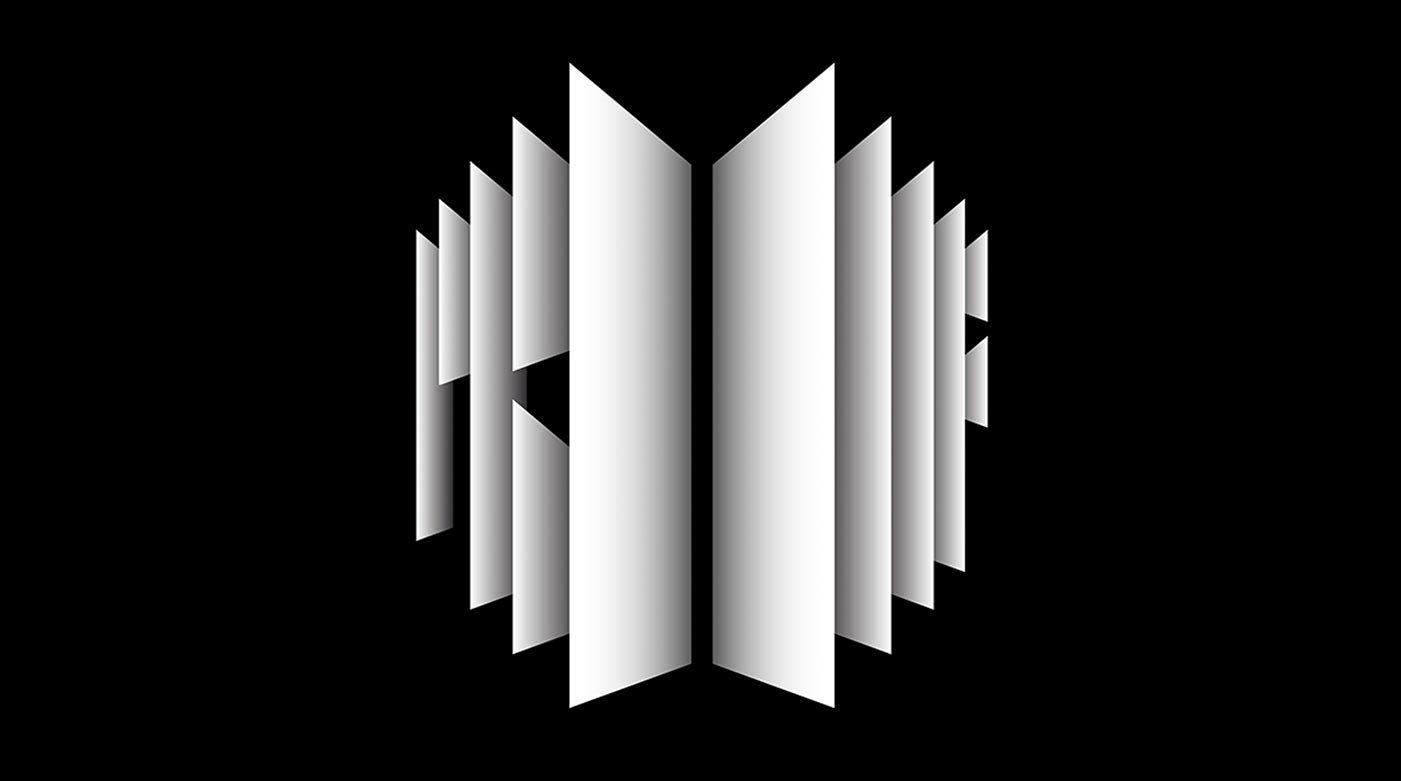 BTS’ New Album ‘Proof’ Gets 3 million Tweets in an Hour 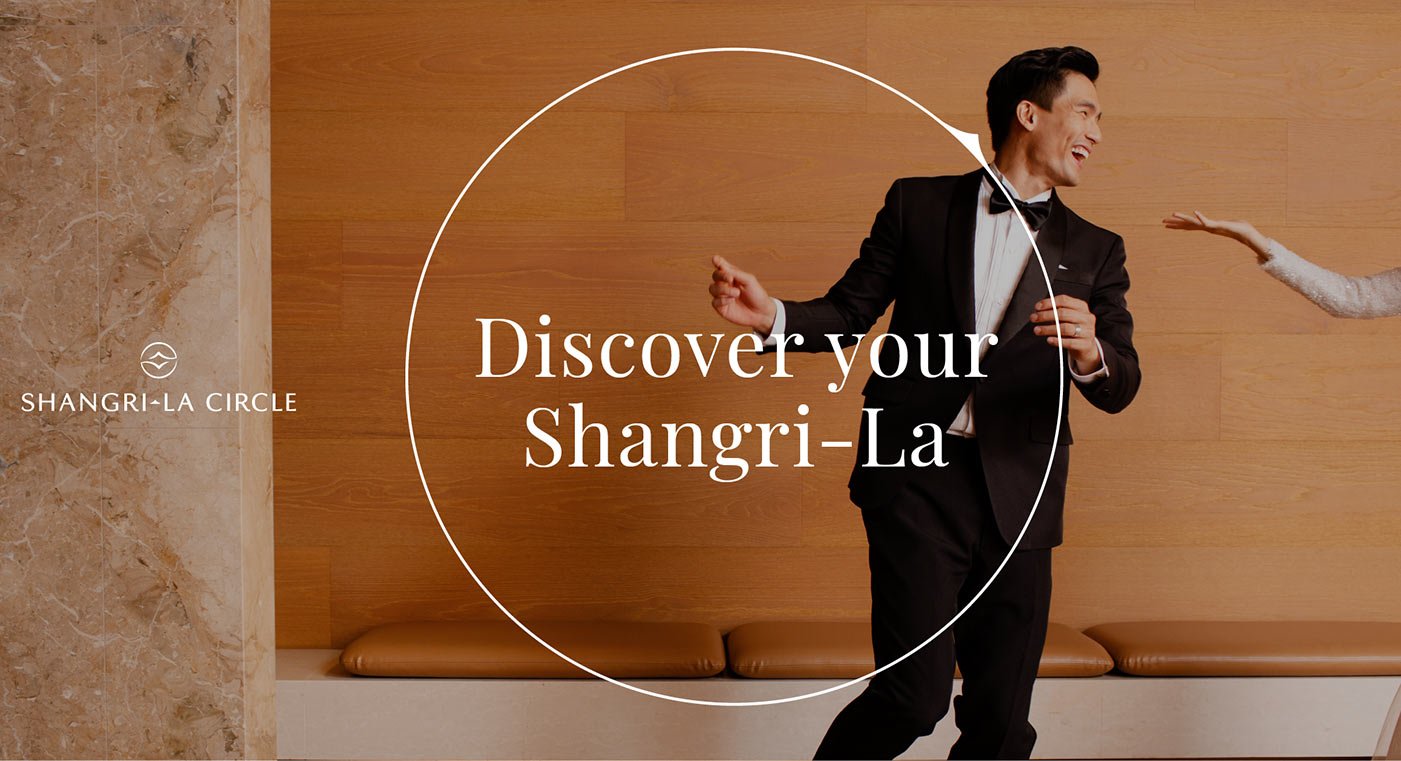 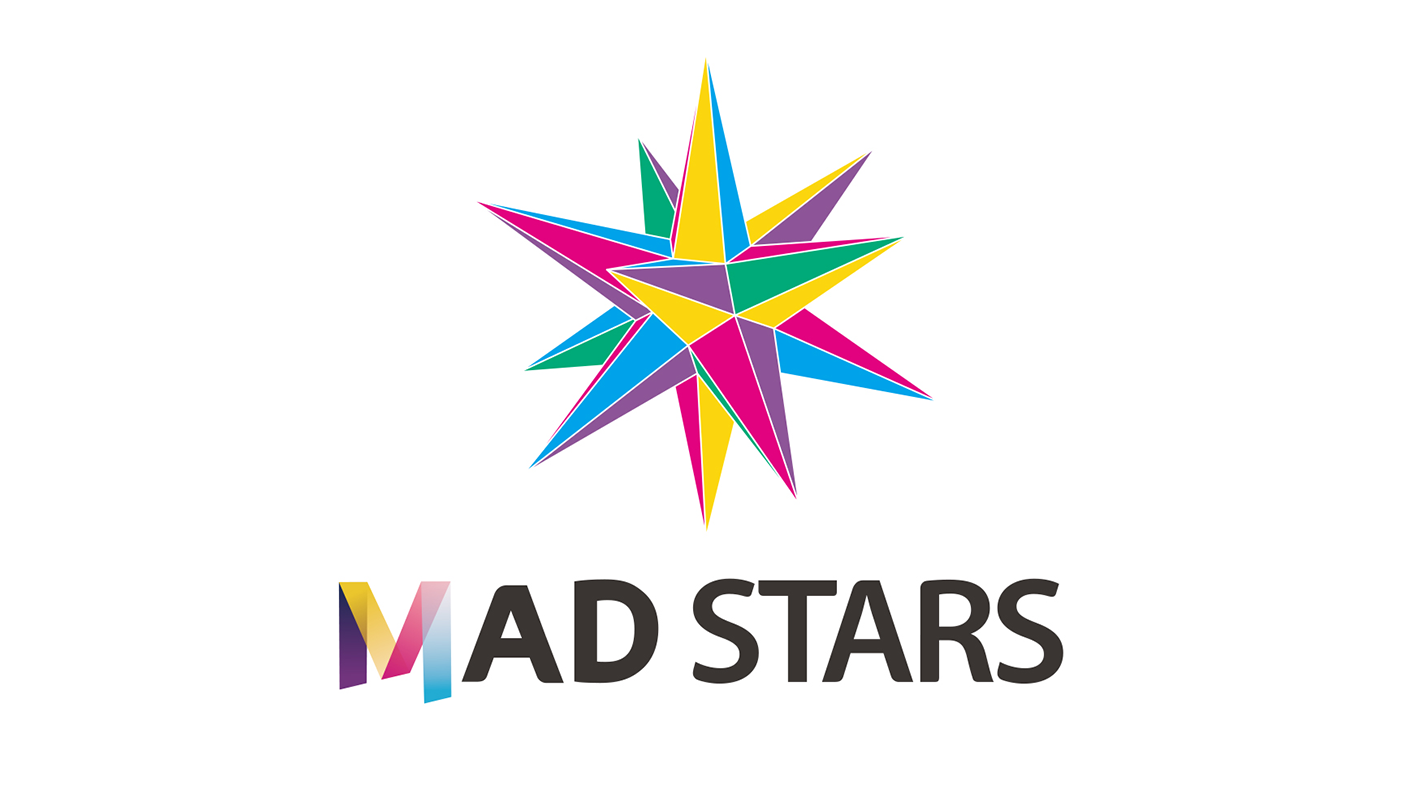