Hashtag Food Photos #mealforameal and Feed Someone in Need

If you can create a campaign that not only engages people but also helps people who truly need it, then you’ve done well for a day’s’ work.

Last year Virgin Mobile introduced a campaign asking people who share photos of their meal on social media, to do so with the hashtag #MealForAMeal.

For everyone who did, Virgin Mobile donated a meal to needy people in Australia.

As OzHarvest, Virgin Mobile’s partner in the initiative writes on their website:

According to research for Virgin Mobile almost half (49 per cent) of Australians regularly post food pictures on social media and as a nation we are posting a whopping 71 million food photos per year. Our newsfeeds are overflowing with pictures of food. However, two million Australians are reliant on food relief every year and 90 per cent of Australian food relief agencies are not able to meet demand. It would seem that while we’re sharing meals on Instagram, we’re not sharing them where they are really needed.

In case you didn’t, know the program is still going on and there are still an estimated two million Australians on food relief that could use your help.

The next time you take a photo of your food, tag it with #mealforameal and share your meal in a way that you never thought possible.

Perhaps the continued success of this campaign will inspire other large businesses to do the same in countries around the world. 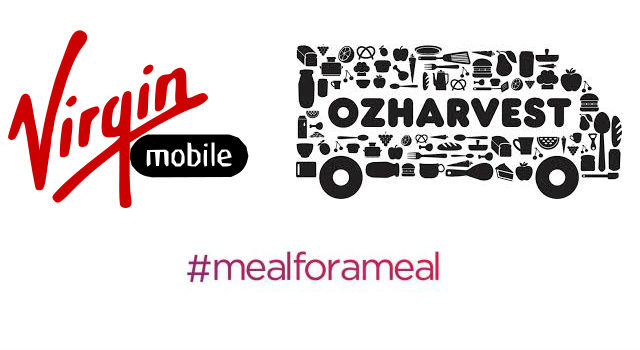 Just for fun, OzHarvest also posted this research from Virgin Mobile about people who take shots of their food.

The research also revealed 61 per cent of Aussie social media users admit to at least one of the below behaviours before they post their foodie picture on social media: 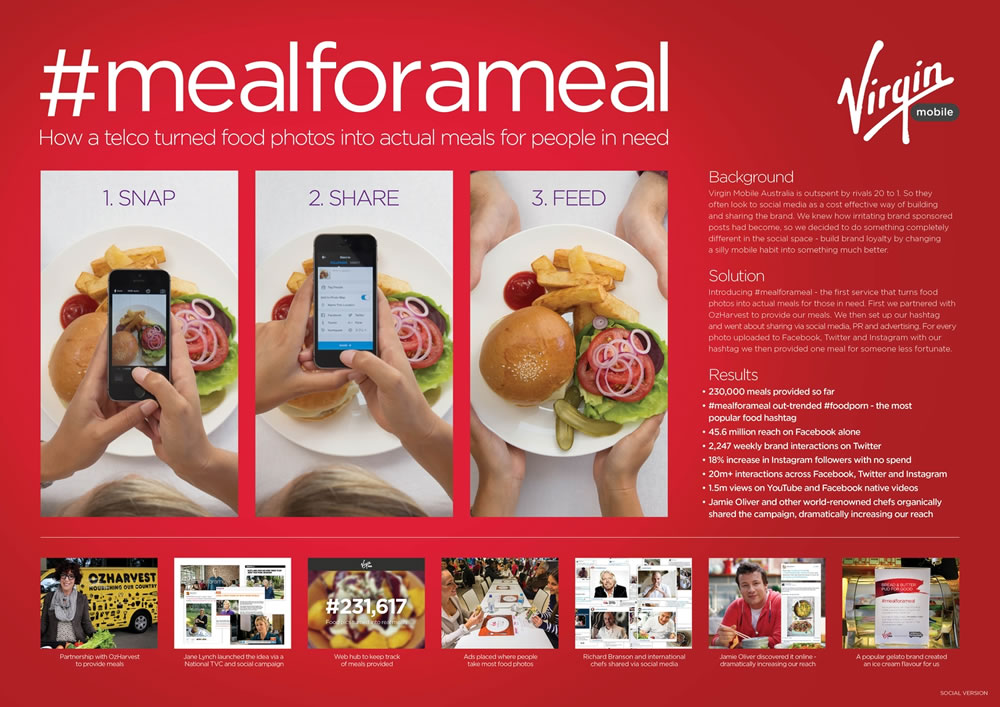