The campaign is a collaboration between the agency’s offices in Stockholm and Shanghai.

Häagen-Dazs has launched new campaign, their first with creative agency Forsman & Bodenfors after winning the global creative account for General Mills’ ice cream brand in a pitch that also called on vying agencies to demonstrate a commitment to gender inclusion.

As part of the campaign, a new spot scored to a remake of The Chemical Brothers’ song Galvanize, celebrates inclusiveness and embodies the encouraging and positive approach of Don’t hold back. 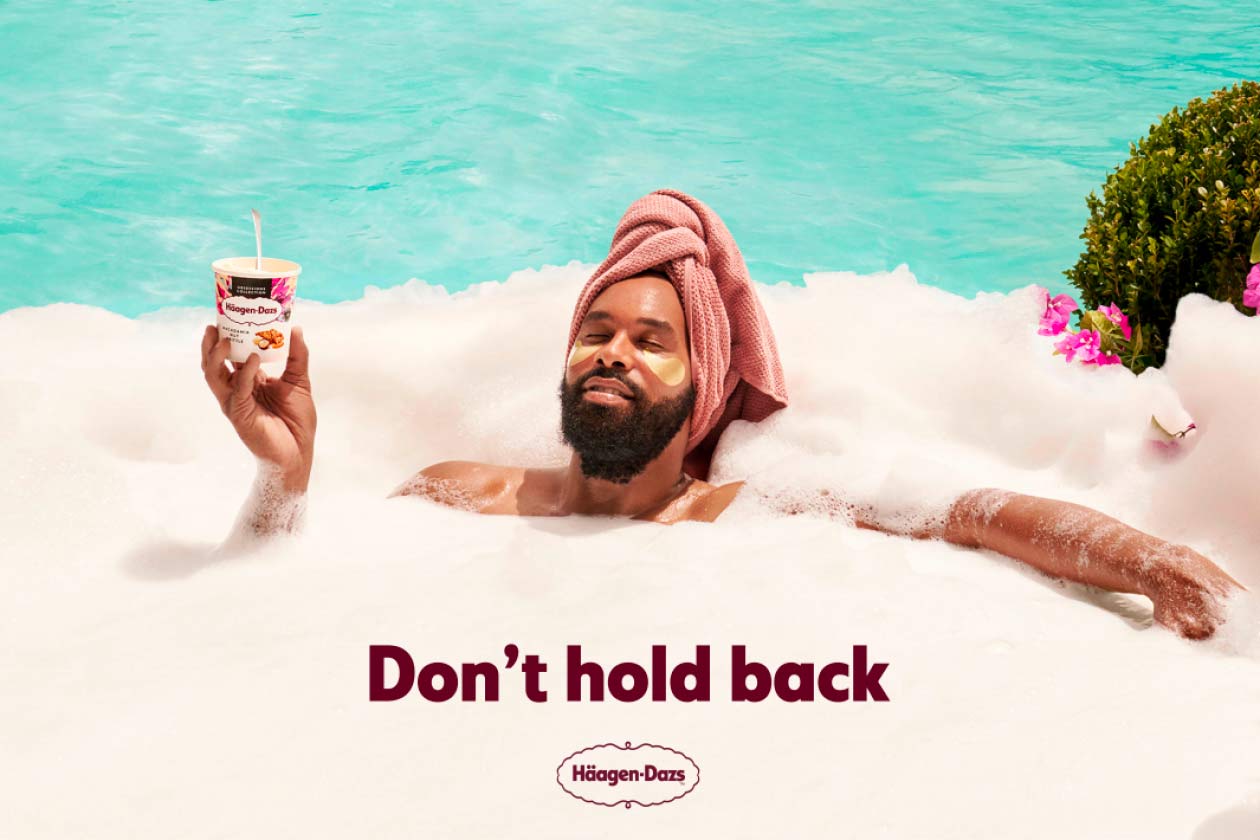 “Don’t Hold Back is a really important philosophy for us”, says Michelle Odland, Global Business Director for Häagen-Dazs.

“In an increasingly busy world full of pressures and expectations, we spend a lot of our life not being present. Time, genuineness, and real connection have become luxuries, as lives become simultaneously shared, but less open; connected, but lonely. The moments that stand out now are the ones where we let down our guard and let our authentic selves shine through.”

Its ICE-CREAM time! DON'T HOLD BACK on some virtual quality time with your loved ones over a pint of Häagen-Dazs Mango and Cream. Dress up. Dig in. #HDandMe #HaagenDazsMY #DontHoldBack #liveextraordinary #pints #summertime #goodtimes

Nissan’s ‘Dare the Impossible, Until it’s Not’ Campaign Warns You Not to Watch It