HP India has facilitated space in its 75 HP world stores across 15 cities for artisans.

Don’t be surprised if you see a local artisan selling their creations at your neighborhood HP World Store. HP this year has announced to host local artisans at its HP World stores in 15 cities across India. Capturing the invaluable role Indian artisans hold in representing our rich cultural traditions, HP India has launched a short film “Thodi Si Jagah Bana Lo” to celebrate the festive spirit of Diwali.

The Campaign film, conceptualized by Simple Creative, unveils heartwarming expressions of compassion and generosity to support traditional artisans and local businesses. The film emphasizes the unwavering importance of local artisans, serving as a reminder of their resilience over the years.

Aspiring to create space & empathy in our hearts, the film features Paresh, an elderly artisan, displaying his art on the street with his grandson, was asked to vacate the premises by the local authorities while shattering hopes for his craft to continue. A woman – a fellow buyer, working at the HP World store, witnessed the entire incident and came up with a solution to empower his dream. Echoing the tagline “Thodi Si Jagah Bana Lo “, the film captures the true essence of Diwali and sends the message that actions make all the difference.

Commenting on the launch of the film, Mr. Prashant Jain, CMO, HP India, said “Our continuous endeavor is to showcase inspiring stories, and the story of artisans is one of them which deserved attention from a wider audience, to showcase their art and scale their local products nationally. “Thodi Si Jagah Bana Lo” is a call for support for the local artisans that ignites a feeling of empathy and compassion. With this film, we intend to reinstate the presence of artisans, empower the artisan economy, and inspire the community to come together to support each other.

Elaborating on the creative thought, Sainath Saraban, CCO, Simple Creative Inc, said. “For Diwali, this year we have created a film that is not just emotional and powerful, but one that travels from the screen into the real world. Through this initiative, we want the artisans who preserve the rich and magical culture of India to have the opportunity and the space to show you the beauty of their art and talent. Our creative thought this year ‘Dil Main Jagah Bana lo’ – beautifully demonstrates the fact, that the first place one needs to make room is in their own heart.” 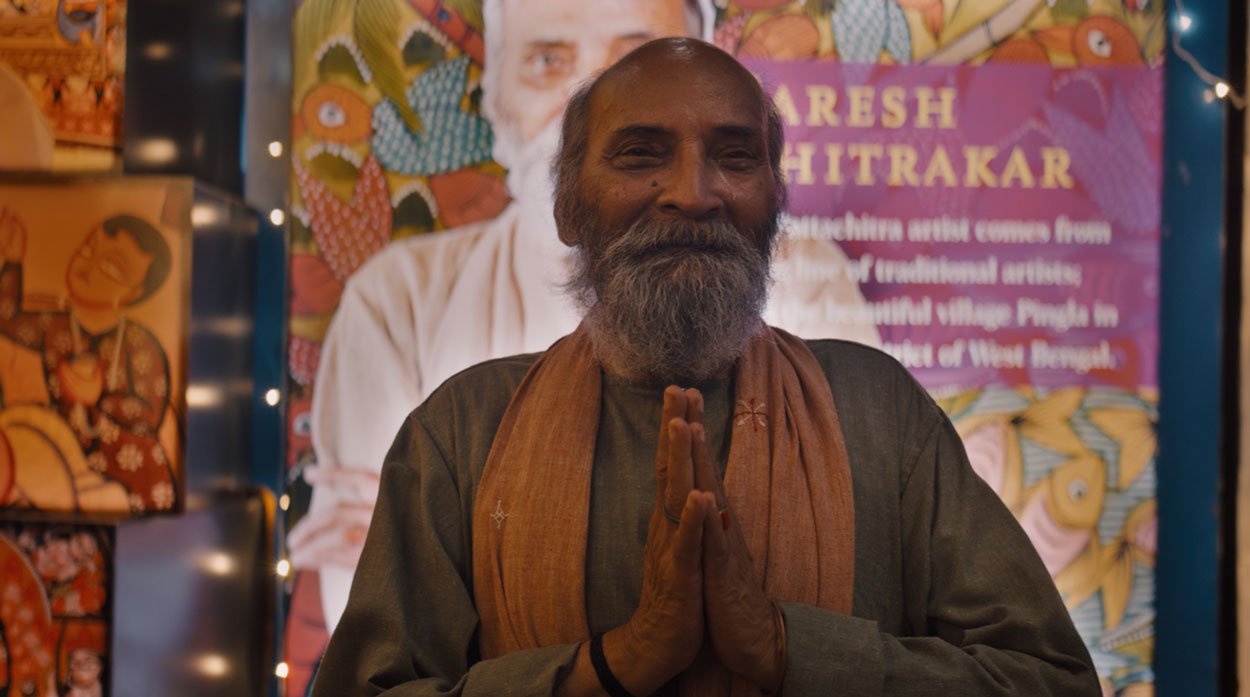 Following on this promise, HP India has facilitated space in its 75 HP world stores across 15 cities for artisans and their art starting 20th October. Cities include- Delhi, Gurgaon, Jaipur, Ludhiana, Ghaziabad, Noida, Lucknow, Kolkata, Patna, Pune, Mumbai, Ahmedabad, Chennai, Bangalore, Hyderabad, Cochin. You can do your bit by visiting these stores and scanning the QR code on the film or visiting www.hpworldstores.in/diwali to know the nearest participating store in your city and making space for the beautiful art in your homes.