Famous Asian Brands: How They Got Their Names – Part I

Joining the ranks of already established names, more and more Asian brands are making their way around the globe, becoming more easily recognizable based on their logo and unique visual cues.

Not only are they embedding themselves into the public consciousness, across a wide range of countries and cultures, they are also proving an abundant source of inspiration for start-up businesses looking to capture similar success.

We thought it would be fun to have a look at the story behind the names. Some you already know, others maybe you don’t, but all are quite interesting!

Incorporated in 2010, Xiaomi is a privately-owned Chinese electronics company that mainly produces smartphones, mobile apps, and other consumer electronics. The brand takes its name from the Chinese word for ‘millet’, but Xiaomi CEO Lei Jun once suggested in an interview that the name has a much deeper meaning.

According to Lei Jun, the ‘Xiao’ part ties in with the Buddhist concept that “a single grain of rice is as great as a mountain.”  The second half, however, is not so profound. Lei Jun said the “mi” is not only an acronym for “mobile internet’, but also Mission Impossible, which refers to the struggles faced when starting the company. 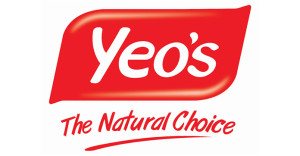 Yeo’s brand comes from the Yeo family name. Yeo Hiap Seng Limited, the company that owns ‘Yeo’s’ brand, is a drink manufacturer and an investment holding company that was founded way back in 1900 by Yeo Keng Lian. The “Hiap Seng” in the brand name – 杨 協成 – signifies unity, harmony and success. The old-style Chinese character for “hiap” signifies the unity of Christ – there is a cross, together with “strength” repeated three times. This was the cornerstone of the business – that great success can only be achieved with God’s blessing through unity and harmony in the family.

Established in Singapore in 1980 by Ron Sim, it originally started as a household and electrical appliance manufacturer that produced clothes drying rods, knife sharpeners, knives, washing machines, coffee makers, and other electrical appliances. Today OSIM is a global leader in healthy lifestyle products and a leading Asian brand in over 30 countries. The brand’s name was officially launched in 1993 and is a portmanteau of “Sim” (the surname of its founder) and “O” which represents the shape of a globe.

Baidu – Baidu it, and you’ll Know

It’s become almost cliché to say it but yes, Baidu is the Chinese Google. The name Baidu originates from a quote taken from the classical poem “Green Jade Table in the Lantern Festival” written by Song Dynasty era poet, Xin Qiji, more than 800 years ago. Its literal meaning is ‘hundreds of times, represents persistent search for the ideal’. Let’s be honest: that is far more poetic than “Google” –which legend has it, was a misspelling of the mathematical term “googol.” 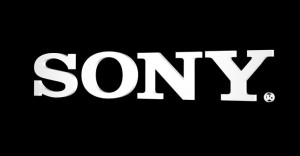 Though founded in 1946 by Akio Morita and Masaru Ibuka, the name ‘Sony’ wasn’t introduced until 1955 and is a combination of two words: “Sonny” (a common term used in America in the 1950s referring a ‘young boy’) and “Sonus” –the Latin word used to describe sonic and sound. It is unlikely they knew that years later parents would be yelling to their young boys (and girls) to turn down the sound coming from their Sony.

Uniqlo – Made for All 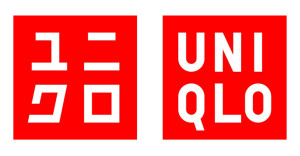 Established in 1949, UNIQLO Co. is a Japanese retailer, designer, and manufacturer of casual and formal clothing with locations in 14 countries globally. UNIQLO name is actually just a simple contraction of “unique clothing” and it’s brand message is all about keeping it cool: “UNIQLO is a modern Japanese company that inspires the world to dress casual”. Hmmm. Then why is company UNIQLO CEO Tadashi Yanai always pictured in a suit?

Founded in 1937 in Tokyo, Canon is a name that nearly everyone knows. Interestingly, the name was previously transliterated in English as “Kwanon” or “Kuanyin” –as it was originally derived from the Buddhist bodhisattva, Guan Yin, the deity of mercy and compassion. The brand was originally called “Precision Optical Industry Co”. Hardly that inspiring. But, in 1947, the company changed the name to Canon Camera Co., followed by a 1969 shortening of the moniker to Canon Inc.

Founded in 1989 by Wasna R. Lathouras and Vassilios Lathouras, NaRaYa is a Thailand brand that specializes in producing fabric bags and accessories. The name NaRaYa comes from the Supreme God of Hinduism, Phra Narai (commonly known as ‘Vishnu’), and was chosen for its positive meanings, but also, interestingly enough, for its ease of pronunciation for speakers of different languages. NaRaYa initially sold electrical equipment and automotive spare parts, but soon moved into the business of creating fabric bags and accessories –products for which it has earned quite a reputation. 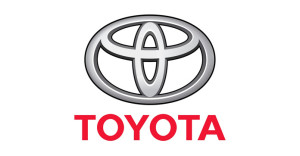 Among other things, the Tokyo-based Toyota holds the distinction of being the world’s first company to produce 10 million vehicles per year. The brand was founded in 1926 as the “Toyoda Automatic Loom Works Ltd”, after its founder Sakichi Toyoda, who gained fame and fortune inventing the world’s most advanced electronic looms.

In 1933, the eldest son Kiichiro Toyoda, spun off (no pun intended) a passenger-vehicle company, which he renamed the Toyota Motor Company. The changing of the final syllable was also a symbolic tweak — the word Toyoda literally means “fertile rice fields.” Thus, the change of name also prevented the brand from being associated with farming. That certainly worked!

Alibaba – To Make It Easy To Do Business Anywhere

Headquartered in Hangzhou, Alibaba is arguably the most recognizable name brand originating from China. The brand takes its name from the Arabic Story “Ali Baba and the Forty Thieves”, which is part of the collection “One Thousand and One Nights”.

According to Jack Ma, he was sitting in a coffee shop when he came up with the name and believes “Alibaba opens sesame for small-to medium-sized companies” in a similar way the phrase magically opened a secret door to a treasure trove in the famous story.

What about your brand? What’s the story behind the name? I’d love to hear it. Drop me a line: catherine@broc.com.sg and share your story with me and my readers.

Catherine is the founder of Broc Consulting and author of the book, From Bland to Brand. Based in Singapore, she has been working as a branding and marketing consultant for over 20 years.

Isobar India Takes a Look at a Touchless Pandemic World

New Study Highlights Need for Adaptability and Flexibility in Business