No product of the last century has captured our collective imagination in the same way as the car. Its arrival not only inaugurated a new era of personal mobility, but became a defining cultural moment, for this was the beginning of magical and epoch-defining love affair between us and the car. And yet, the car increasingly stands as a beautiful anachronism.

It was not all that long ago that the car objectified the mid-20th century de jour values of freedom, independence and possibility. A car was as much as passport as it was an object of desire. To own a car was to be successful – a major achievement on the road to consumer nirvana.

Imbued with such symbolism and mystique, it was inevitable that a distinct culture would develop around the car and the road – one capable of defining new heroes.

It was the unquestionable status symbol. Much like having a fridge in the kitchen, a car in a garage was a key marker of the ‘American Dream’. It is no accident of literary irony that Willy Loman’s symbolic final demise in Death of a Salesman should come at the wheel of his cherished automobile. 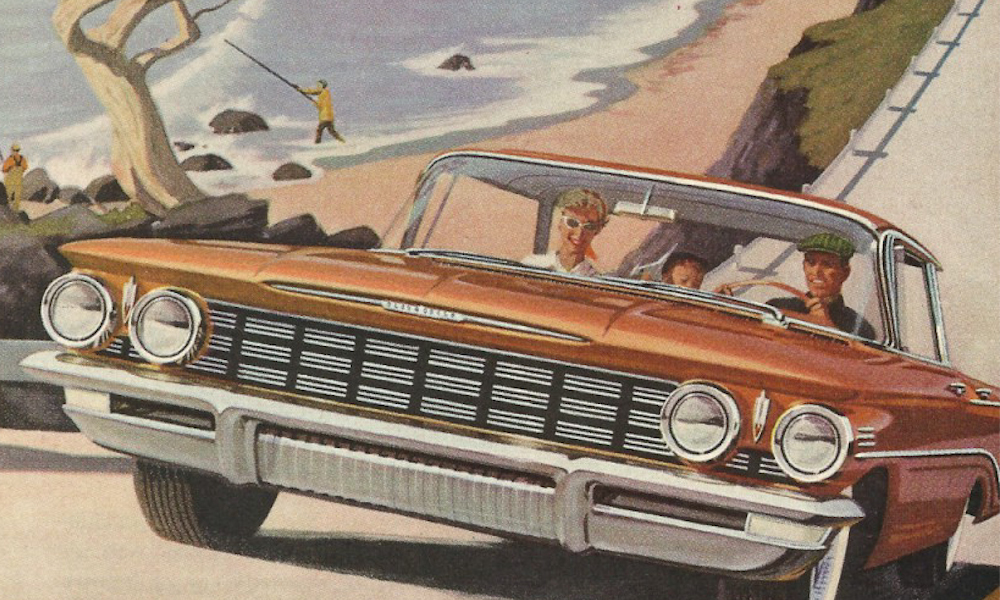 With post-war prosperity (in the West), car ownership rocketed, necessitating investment into the construction of intricate tarmac tapestries. Suburbanization, a defining demographic movement of the time, was made possible by the car. Country roads became main roads, main roads became motorways. It was a time of Route 66, autobahns and the M25: motion-sculptures of urban civilization.

Imbued with such symbolism and mystique, it was inevitable that a distinct culture would develop around the car and the road – one capable of defining new heroes. Truckers became contemporary adventurers and brave frontiersmen.

The 20th century found its purest expression on the road. But the world has changed; the car is now at an inflection point.

The car took on leading roles in Hollywood films – from Knight Rider to Herbie – and the car chase became a qualifying moment of any good action film. And at the same time, the car’s seemingly poetic quality inspired countless books and songs. “I love you for your pink Cadillac / crushed velvet seats / riding in the back / oozing down the street”, sings Bruce Springsteen.

And with every wild chase and adoring lyric, the love affair with the car and the open road deepened.

More: Two Ads I Like and One Not So Much

No wonder then that the narrative was quickly co-opted by advertisers too. With greater affordability had come greater choice, and so car manufacturers suddenly had to work harder to engage buyers. It was now that the idea of the car as self-expression– the theory that the car we choose is simply an extension of ourselves – found prominence. Like car, like driver.

Think adverts of cool, attractive drivers, perched in their open top convertible, set against a background of miles of untamed tarmac ready to be conquered. Think fanciful fins and hood scoops. Think racing stripes and exposed engines. Think testosterone fueled names like the Ford Thunderbird, Dodge Viper and Triumph Spitfire. It was a vision of pure lust that travelled far and wide – marketing cars from Manchester to Michigan. 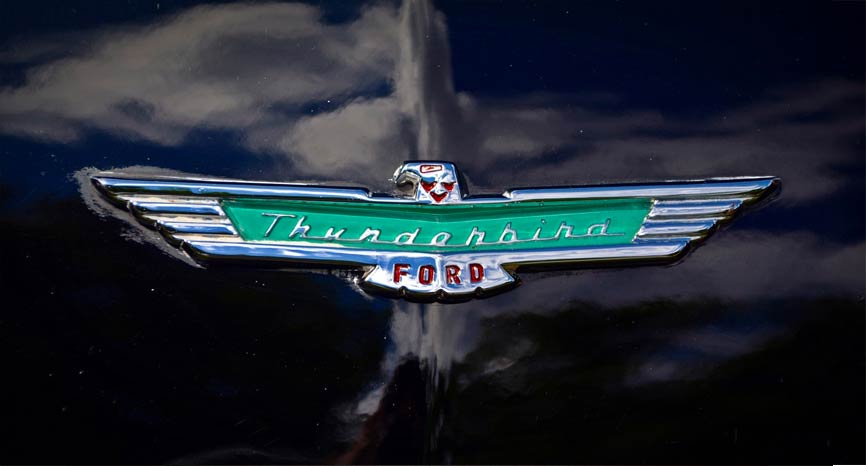 It would not be mad, then, to suggest that the 20th century found its purest expression on the road. But the world has changed; the car is now at an inflection point.

The fallacy of the open road has been brutally exposed. Relentless urbanization and the onset of the megacity has caused what might be termed a “global gridlock.”, in which the dream of freedom and speed simply cannot be fulfilled.

We live in a period of congestion, regulation and speed traps. If you sit motionless in the traffic of Jakarta or London for any length of time, it’s very easy to feel quite personally cheated by the false promise. Even on Germany’s autobahns, the fast driver’s utopia, speed is being steadily limited. The fantasy of full-speed is over.

Whilst it seems doubtful that Uber and its comrades will be able to cut the bond between us and the ultimate consumer product in the next decade or two, the operating conditions are, and will continue to become, more hostile for car brands.

Indeed, car culture may well be proving itself to be distinctly of yester-century. In Hot Rod’s list of the 40 greatest car movies, only 2 were made since the Millennium. Gabe Klein, formerly of ZipCar, is a little more damning in his assessment, calling the car a ‘symbol of modern living gone sour’ – a regretful fling in time.

In parallel, there has been an emotional transference of meaning amongst would-be car buyers. Once the very symbol of independence (often from the parental gaze) and agency, the car has now lost out to new modes of liberation and connection. The impelling desire to get in a car and discover what lies beyond is no longer as powerful in a world where the answer is a smartphone or Google search away.

Young urbanites no longer feel the pressing need to ‘get away’, but instead choose to ‘get lost in’. This is most evident in the declining number of of-age people obtaining a driving license or aspiring to own a car. The emotional value – the mystique – of the car is being steadily stripped away.

The risk is that the car will be reduced to its basic functional essence: an object of pure utilitarian value. The weak signals are already there. The ease of new modes of mass ride-hailing trumps the hassle of owning, and maintaining, a car.

The potential implication of this ‘Uberfication’ for (mostly mass market) car manufacturers and their sales model is sobering. The customer of tomorrow may well be fleet-buying ride hailing apps, rather than individuals – eroding hard-earned brand value as cars are purchased in bulk at lower costs. It has been predicted this shift to on-demand fleets, in extremis, could shrink the car industry by as much as 90%.

Car brands must, therefore, realize (and few have) that they are now in the business of selling ‘time well spent’ – which, of course, has far-reaching implications for how cars are designed, built and advertised.

And the more the car becomes a mere ‘transport service’, the more the driver will be infantilized. It’s only a matter of time (and investment) before self-driving cars become a truly viable alternative – posing the very real threat of an outright move away from ownership.

The early technology is already being installed in the cars we drive now: parking sensors, automatic braking and collision warning systems. We are being gently educated to cede control. In doing so, driving has become a wholly less rewarding experience. 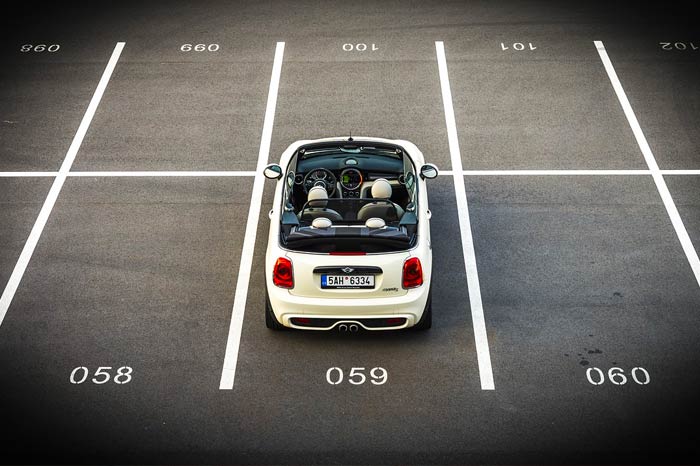 So, is this the end for car brands? Have we reached what the Washington Post called “peak car”? Not quite. There is still hope, but it will require a deep shift in mindset by car manufacturers. For many, it won’t be a comfortable transition – especially those who have built and sustained their brands around an engineering and mechanical heritage. But in today’s marketplace, what will drive the top-performing brands is agility – that is the ability to remain true to sacred brand equities while adapting to rapidly evolving realities.

The vital first step in this rehabilitation is to accept that the car and driving are no longer synonymous. The car category is reframed. It is no longer about ‘driving’ but ‘being’, where the new emotional value of a car comes from the time and space it offers. People still prize the momentary respite of being in their car – a brief chance to step off the social-digital grid or escape the stressors of modern life.

In the end, those that are willing to undertake the necessary metamorphosis and start selling new forms of branded (in)car experience will continue to win.

Ultimately, the feeling in a car should mirror that of sitting in the Rothko Chapel. Quiet, calming, decompressing. Lexus hinted at it back in 2002 with its feeling inside campaign, even if they didn’t land it perfectly.

Car brands must, therefore, realize (and few have) that they are now in the business of selling ‘time well spent’ – which, of course, has far-reaching implications for how cars are designed, built and advertised.

Most crucially, it shifts the balance of power from the exterior to the interior. The experience within the car now matters more than the external image. Successfully defining what that should feel like requires empowering the consumers, superfans and partners that make up a brand’s community to actively shape it. That includes (re)engaging with long unfashionable car parts suppliers who are suddenly regaining their verve by innovating around features like haptic sensor technology and infotainment systems, which are expected to account for 20% or more of a car’s value by 2019.

Development budgets are being put into features like in-car swivel chairs, to increase opportunities for human interaction on the move – turning the time once lost to traffic into productive time. Expect hero features like sound-proofing and wrap-around windows-cum-screens. Concept cars, like the Mercedes F015, conceived as visions of an imagined future, nod to this transformation of the car into a personal ‘living space’ – in which the ‘car’ itself is not the point, but rather the individual parts and features that make it up.

Concept cars, like the Mercedes F015, conceived as visions of an imagined future, nod to this transformation of the car into a personal ‘living space’ – in which the ‘car’ itself is not the point, but rather the individual parts and features that make it up.

The car’s exterior will still have a role to play, but it must abandon its precious motifs of speed and power. It will have to accommodate, not shape the interior. Aerodynamics simply don’t matter in stationary traffic.

Instead, maximum space creation, an expression of openness and respect for the surrounding environment will be the new design principles. Could the part-derided, part-cult Nissan Cube be a sign of things to come? Certainly, Bosch’s and Harman Industries’ (auto-part supplier) most recent concept cars had nothing to do with a sensational exterior, and everything to do with the inside.

The potential implication of this ‘Uberfication’ for (mostly mass market) car manufacturers and their sales model is sobering.

Whilst it seems doubtful that Uber and its comrades will be able to cut the bond between us and the ultimate consumer product in the next decade or two, the operating conditions are, and will continue to become, more hostile for car brands.

In the end, those that are willing to undertake the necessary metamorphosis and start selling new forms of branded (in)car experience will continue to win. Those that don’t face an uncertain future in the face of mass public-private transport and post-ownership realities.

Of course, there will always be those who yearn to put pedal to the metal. It has an inescapable allure. But, in the future, we may need to go to dedicated tracks to actually drive a car, just as riding horses has now been confined to the safety of farms and paddocks.

Forward Momentum in the APAC Region: The Reinvention of Social Context

What Are the Most Popular Promotional Items in Asia?

New Report Points to Lack of Brand Loyalty in Singapore