Will Facebook’s New ‘Downvote’ Button be Used as a ‘Dislike’ Option? Of Course it Will

After earlier this year confirming rumors that it was indeed testing out “upvote” and “downvote” buttons on user posts, the Facebook feature has started rolling out to a greater number of users worldwide.

Though it remains to be seen how people will actually use it, it is not a “Dislike” button says Facebook, but rather a way for people to flag what the company has defined as “bad comments” that have “bad intentions or are disrespectful.”

And while Facebook is framing it as that, I’ll lay you odds that it will be viewed by many, if not all people, as a “dislike” button.

Facebook’s hope for anything otherwise is wishful thinking or perhaps a veiled strategy to increase interaction.

The downvote button is, after all, modeled on Reddit’s downvote/upvote button, where it is used to indicate a users disagreement or agreement with a post. 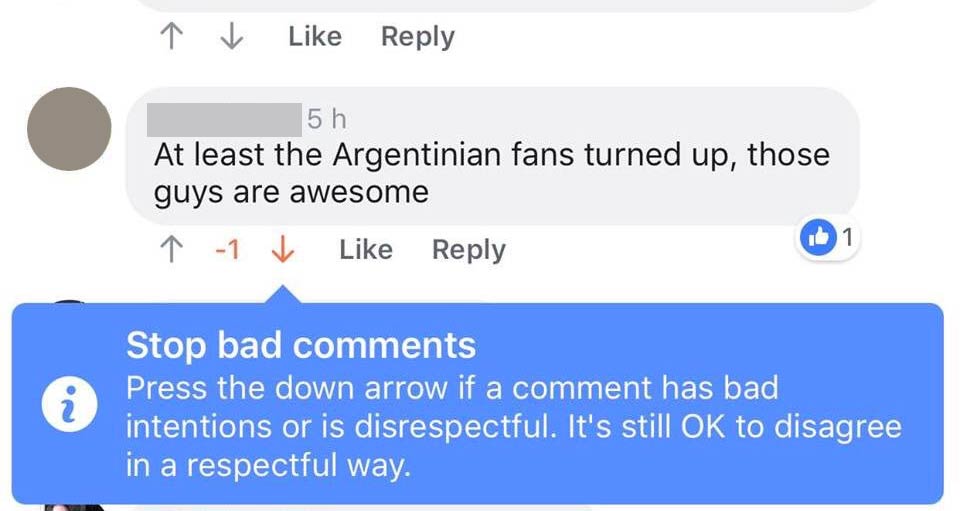 Screen shot from a user who now has the option.

Considering that Facebook has defined the “upvote” button as a way to highlight “helpful or insightful” comments the company must surely know where this is all going.

One also can’t help but wonder if people will stop using the “Like” button altogether in favor of the new option where they have a range of two reactions -“good/bad”- to a post.

Right now the rollout is increasing, as more and more users are posting screenshots of the upvote/downvote option on mobile and desktop versions of Facebook.

Hmmmm. Not sure I like the Upvote and Downvote feature of Facebook. Time will tell I guess. pic.twitter.com/hxvjW7HaTX

The feature has yet to become available to all users – currently, the majority of people who’ve gained access to upvote and downvote on posts in their feed are based in Australia and New Zealand, reports The Next Web.

Chances are it will likely be showing up on your news feed soon, but we’ll have to wait and see as Facebook dips its toes in the waters of public opinion.

For me, I give the idea a solid upvote.

The Value of Great Customer Experience and a Changing Digital Future

How Ramadan is Portrayed in Advertising

Dentsu Report Highlights the Rise of the Contactless Economy