Facebook named India, Indonesia and the Philippines as the top growth countries in the Asia-Pacific (APAC) region. According to David Wehner, the CFO of Facebook, APAC had the strongest regional advertising growth at 38%, followed by Europe and North America at 34% and 33% respectively.

“We’re building capacity to serve that Asian peak and those users are at a lower
ARPU so that impacts the overall capital intensity,” said Wehner during the earnings call. “We’re continuing to invest and we’re seeing increased CapEx in 2019, albeit at a much slower growth rate than we had in 2018.

In the APAC region, average revenue per user (ARPU) rose by 18% year-on-year while the regional revenue from payment services rose by 45%.

Representing just $188 million of Facebook’s revenue stream, the double-digit rise of “Payments and Other Fees” in the APAC region hints at market penetration and use cases to replicate the ecosystem of WeChat using WhatsApp and Messenger. 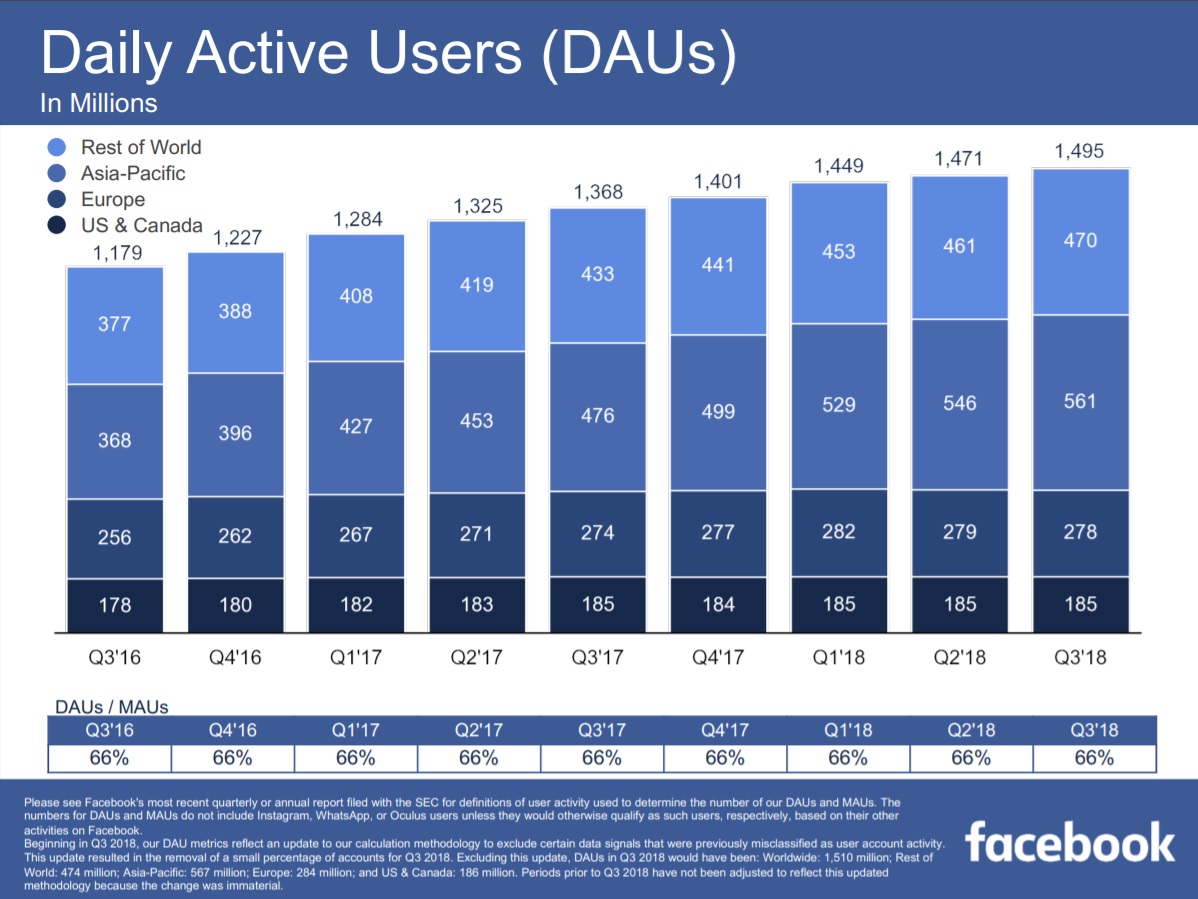 In August, Facebook launched the WhatsApp business API to help advertisers send information such as boarding passes and delivery confirmations to customers on the go. On the customer side, it assured users that they would be able to block any advertiser, regardless of the share of spend.

“On the business side of messaging, our first step has been to enable people to connect with businesses organically in ways they find useful, and then the second step is to give businesses additional paid tools to increase those interactions,” said Mark Zuckerberg, CEO of Facebook. “We’re well into step one at this point, with more than 3 million accounts
on WhatsApp Business.”

He said that the second phase has begun, with paid messaging and ads in stories. In charging advertisers and agencies to send messages, Zuckerberg believes that the content will, in turn, be more selective and personalized, suggesting that spam will not be a problem.

“Payments will make each of these services more useful for people and businesses even though we don’t plan to profit from it directly,” said Zuckerberg. “I’ll update with more progress on these efforts in the next few quarters.”