Eucerin is running interesting new campaign aimed at Korean women in their 20’s who might think that they are not quite old enough yet to focus on anti-aging skincare. The campaign was put together by Seoul-based digital marketing agency Innored.

Since 1900, German skincare brand EUCERIN has been a trusted name for skincare products. With the launching in Korea of the EUCERIN “Volume Lifting” line, the brand sought to build on this strength by appealing to Korean women in their 20’s who beginning to have concerns about their skin are slowly.

Read More: Q&A with Innored’s Min Seo on Work and Creativity in the Korean Ad World

Unlike women in their 30s, who already experience visible aging, most women in their 20s have little concern with anti-aging skincare. What many of these women don’t realize, however, is that their skin is gradually losing elasticity? – even though they don’t see it happening.

Campaign Concept: Your skin in your 20s – is it as good ag you think?

To highlight the importance of anti-aging skincare for women in their 20s, EUCERIN wanted to show that the loss of skin elasticity begins at a younger age than most women think. To demonstrate the importance of early skincare, INNORED created a test to demonstrate the loss of skin elasticity. The concept involved testing the skin of three women; one in her teens, one in her 20s and one in her 30s. 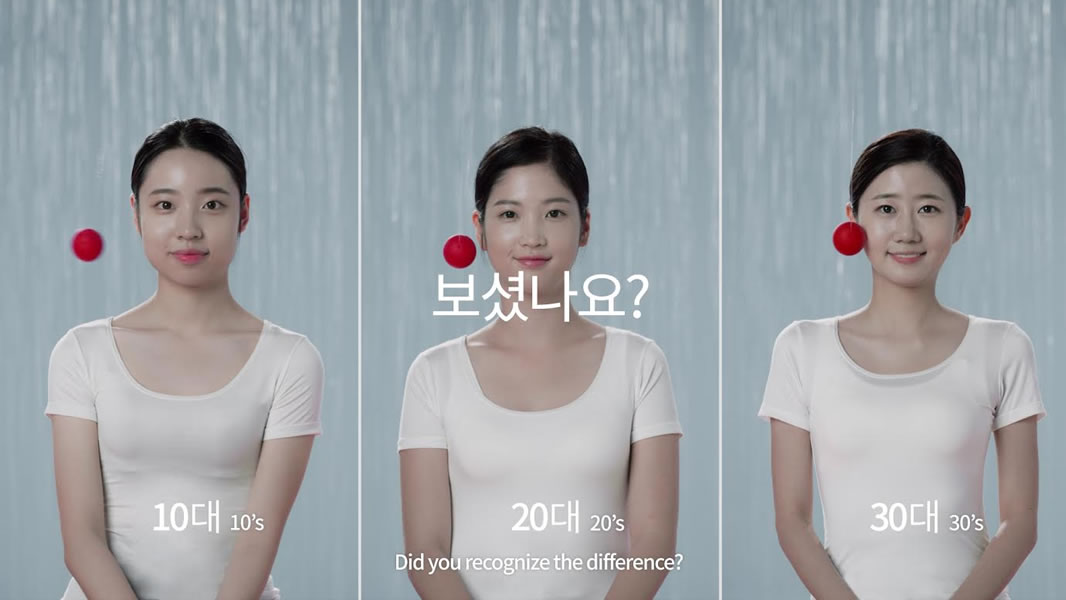 First, we asked several women in their 20s what they thought about their skin. All expressed great confidence that the elasticity of their skin was similar to how it was in their teens. Next, we put those perceptions of their skin to the test. With the three women from each age group sitting side by side, three small pendulum balls were dropped simultaneously.

As each made contact with the woman’s face and bounced back, it was recorded with a high-speed camera to measure the difference in elasticity for each participant. The results were that the women in their 20s, who confidently expressed that their skin elasticity was similar to a teenager, actually had skin elasticity closer to the participant in her 30s! Through this demonstration, viewers in their 20s were shown that they should be vigilant in with skincare that maintains skin elasticity regardless of visible signs of aging or not.

After going live, the campaign video received high viewer engagement on both YouTube and Facebook. Results also showed that the video particularly resonated with women in their 20s, who demonstrated strong engagement, leading to thousands of shares in Korean online communities and on Facebook. An additional ‘Face elasticity self-test’ campaign event was also conducted online which also produced high engagement and high participation. All of which led to a substantial increase in an interest to purchase EUCERIN.