The Epica Awards has announced the winners for 2018 including Grand Prix winners from the United States, Italy, Ireland, Germany, and Japan.

The annual awards, which is judged by journalists, named McCann Worldgroup Network of the Year, while Forsman & Bodenfors was awarded Agency of the Year and Blur Films took home the title of Production Company of the Year.

This year Epica received 4020 entries from 69 countries which marked a 20% increase from the previous year.

“I was astonished by the overall quality of the work, as well as the innovation and wit on offer,” said jury President Tony Chambers, former editor-in-chief and creative director of Wallpaper. “There were strong contenders in each category and it was always hard to choose one clear winner.”

The new Responsibility Grand Prix for cause-related work went to “Price On Our Lives” from McCann Worldgroup in New York. The campaign allowed the students of America to protest against gun violence with a potent symbol: the price of their lives as calculated by the amount of money the NRA donates to politicians, divided by the total number of students. The price tag amounted to little more than a dollar.

“Winning awards is never the motivation, but rather, the by-product of doing the right thing for our client’s business,” said Rob Reilly, Global Creative Chairman, McCann Worldgroup. “A big shout out to all of the MWG employees for always going for it, never giving up and making our brand partners wildly successful.”

The Alternative Grand Prix, also a new prize, went to Publicis Italy and Diesel for a campaign that struck back against counterfeit fashion. Diesel created its own rip-off brand, “DEISEL”, and sold it in a New York pop-up store during fashion week, before revealing that the clothes really were authentic – only the label was wrong.

The Digital Grand Prix was won by Rothco/Accenture Interactive for “JFK Unsilenced”, a project for The Times. It used digital technology to recreate the speech John F. Kennedy would have given at the Dallas Trade Mart had he not been killed by an assassin’s bullet on November 22, 1963.

“It’s a huge endorsement for us that the journalists working for marketing and communications magazines around the world have recognized our work for The Times and awarded it the prestigious Grand Prix,” said Jill Byrne, Director of Marketing for Rothco.

DDB Germany won the Print Grand Prix with “Highlight the Remarkable”. The campaign for Stabilo highlighter pens literally “highlighted” talented women who had been neglected by history and forced to stand in the shadow of their male counterparts. 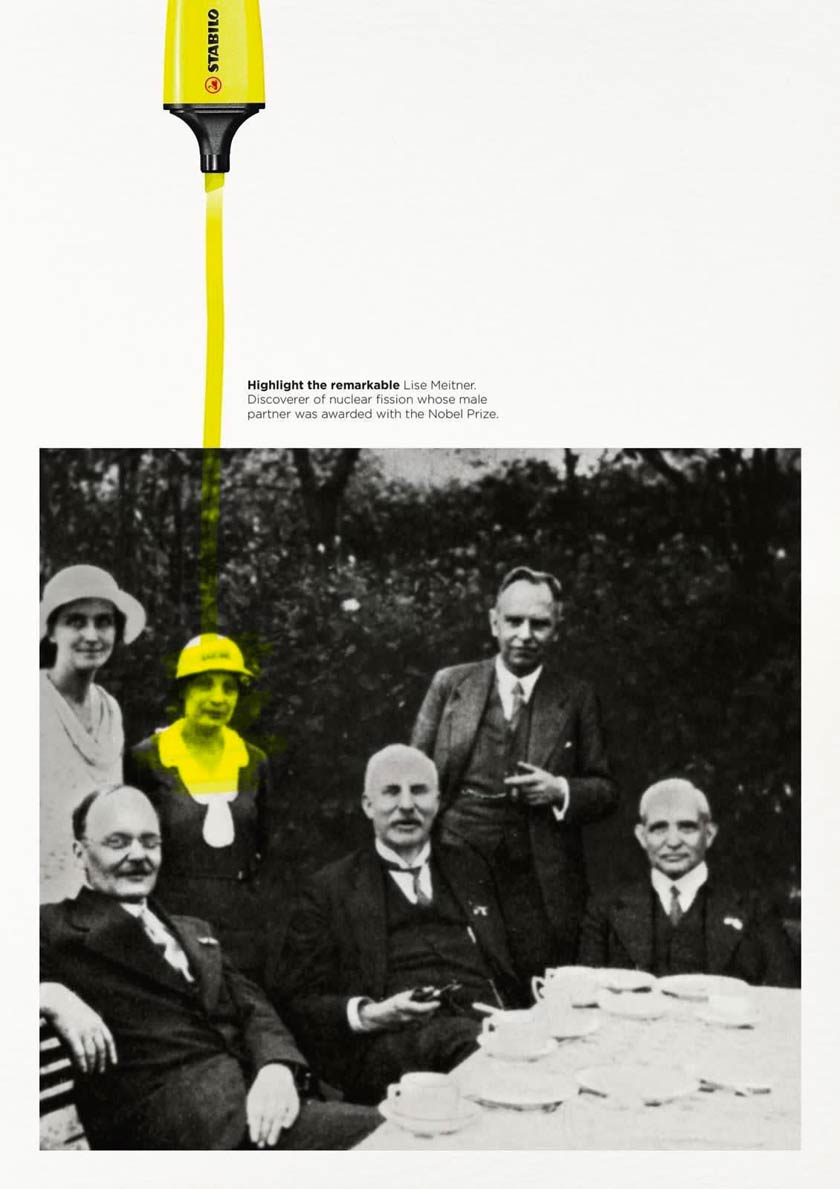 The Design Grand Prix went to 72andSunny, which created a new and dynamic identity, including a new logo for L.A. on behalf of the Mayor’s Fund for Los Angeles. 72andSunny’s

Executive Strategy Director and Partner Kelly Schoeffel said: “It was an honor to brand Los Angeles in the midst of a creative renaissance – from tech to entertainment to manufacturing. Our first-ever civic identity system celebrates the diverse community while supporting and funding local creativity.”

The Film Grand Prix was won by Shiseido in-house for its film “The Party Bus”, which combines animation, special effects, and drama to tell a contemporary fairy tale. The 3D animation required close to 2000 stop motion shots to give it just the right touch.

“‘The Party Bus’ was made to expand Shiseido’s reach to young people, said said Shiseido creative director Masato Kosukegawa. “We thought a lot about what we could do with makeup in this confused and divided world. In the end we arrived at the concept that makeup can be courageous and that doing your makeup your own way brings self-confidence. This led us to touch on the topic of LGBT. In Japanese culture, there is a strong conservative tendency, and stories of LGBT are not commonly told yet.”

The 20% increase on the previous was driven by the return of the Publicis Groupe networks said Epica, plus an enthusiastic response from Germany and Latin America.

The highest number of entries came from Germany, followed by the United States and France. New countries this year included Iran and Morocco. In terms of networks, BBDO and McCann Worldgroup were particularly well represented.

France was top in the country rankings with 53 awards including 12 golds.

Founded 31 years ago, Epica is the only worldwide creative award judged by journalists from the marketing, design and advertising press, as well as specialist reporters in fields ranging from production to VR and luxury branding.

You can see all of the winners over at the Epica Awards site, here.

Branding in Asia Founder and Publisher, Bobby McGill, was a member of this year’s jury.