Whenever you mess up, send flowers.

Easyflowers has launched a new 30-second TV spot, “I Left Behind.” The ad was created in collaboration with The Core Agency and is a piece of a larger campaign that will run across TV, print, digital and social.

Whether you forgot mom’s birthday or somehow didn’t notice the girlfriend’s new haircut for the ninth time, sometimes words just won’t cut it. In these all too familiar cases, a three-step remedy exists.

And just like that, all is forgiven—that’s the gist of this clever new campaign out of Australia anyway.

“It’s fantastic to be working with the Easyflowers team – people who clearly believe in the power of creative advertising to drive their business forward. There’s nothing more rewarding than seeing the results our campaigns deliver for entrepreneurial clients, and I know this new work will achieve the same for Easyflowers,” said Jon Skinner, founder and creative partner at The Core Agency.

Of course, children forgotten in the driveway can’t be won over so easily, but that’s a problem for another day or 30-second spot.

“We’re thrilled to partner with The Core Agency. They have extensive experience with digital brands and have created a fantastic campaign to communicate our message,” said Jacob White, deputy CEO.

“The Easyflowers brand has long been considered Australia’s easy choice for delivering love in the form of flowers and we’re confident the team’s energy and creativity will keep us relevant with existing audiences, as well as engage new generations of customers to come.” 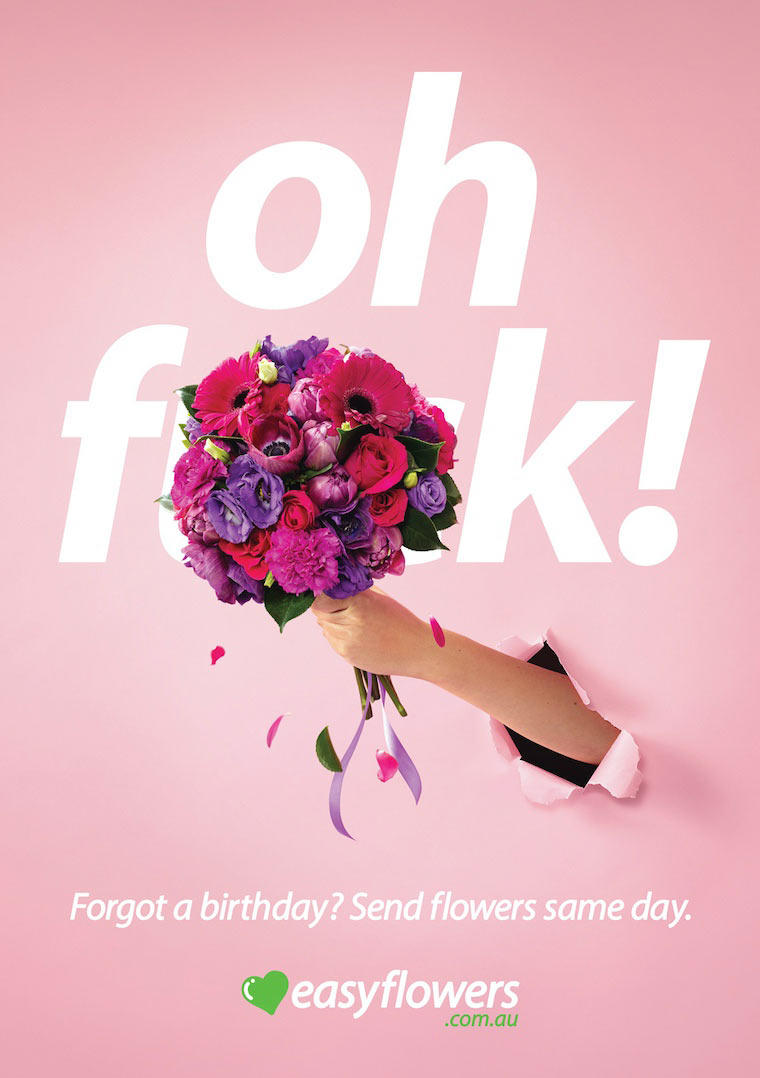