The co-founders of Italian fashion brand Dolce & Gabbana, Domenico Dolce and Stefano Gabbana have issued a video apology for a series of advertisements deemed “racist” by Chinese consumers.

The controversy began after the brand posted the videos to its official Weibo page – one, in particular, showed a Chinese model wearing D&G dress having difficulty eating Italian food like pizza with chopsticks.

There is also a bit of sexual innuendo when the voice of a male narrator asks “is it too huge for you?”

Following that, Chinese netizens rage erupted – saying the brand trivialized Chinese culture and made us of stereotypical, unflattering images.

After being forced to cancel its runway show in Shanghai, the controversy spread to products being dropped from China’s biggest online retailers including e-commerce giants Alibaba, JD.com, Amazon China and Yoox Net-A-Porter, among others. 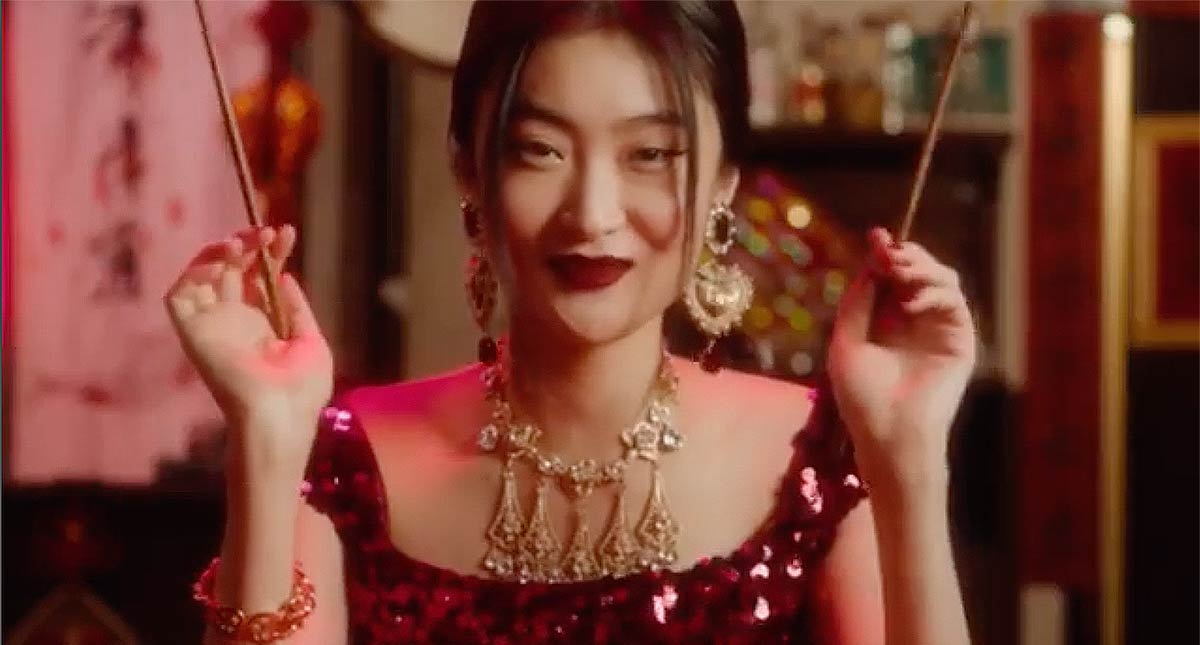 “We have always been in love with China,” Dolce said, according to a translation. “We love your culture and we certainly have much to learn. That is why we are sorry if we made mistakes in the way we expressed ourselves.”

“We will never forget this experience, and it will certainly never happen again,” Gabbana said, adding, “From the bottom of our hearts, we ask for forgiveness.”

The video apology marks the second for the pair following one issued on Instagram two days ago which apparently didn’t get the traction they were hoping for.

Rough Week for the Brand

Adding insult to injury, the racism charges got even worse when D&G founder Stefano Gabbana responded to the criticisms on Instagram by posting a series of insulting messages.

Screenshots circulated purportedly from Diet Prada, the verified account of Stefano Gabbana sent messages saying, “From now on in all the interview [sp] that I will do international I will say that the country of [series of poop emojis] is China” and “China Ignorant Dirty Smelling Mafia,”. 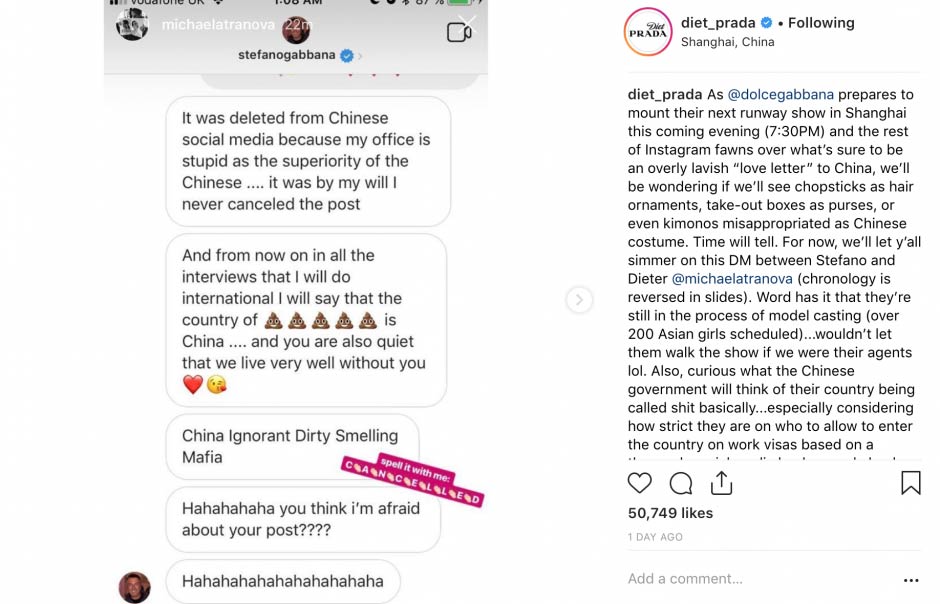 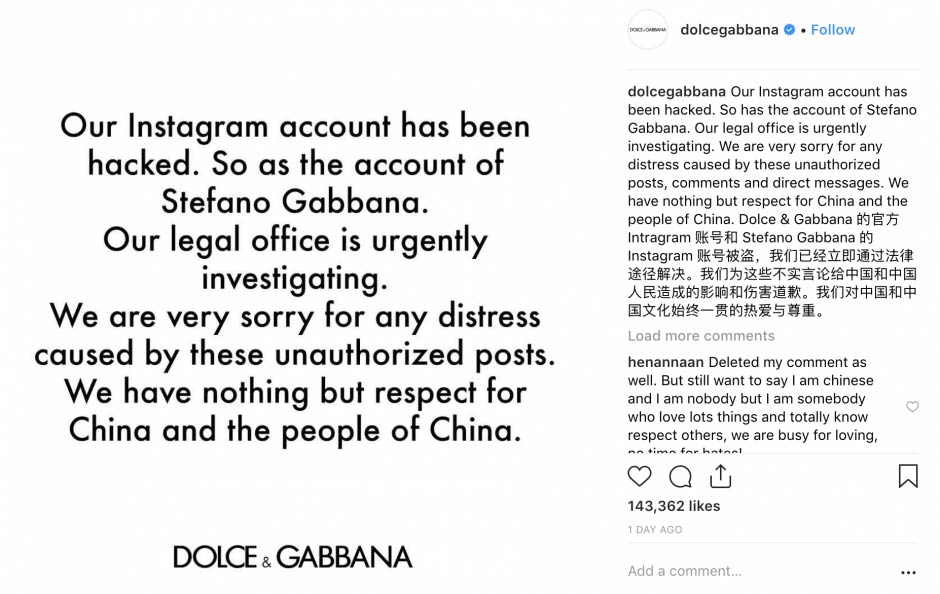