Over the year, as global lockdowns have forced millions into their homes TikTok, the Chinese video-sharing social network, has grown into an entertainment giant.

iPrice Group gathered data from Deepaso, determining which countries had the highest TikTok download index and the top 3 entertainment apps in each country. The study shows the number of new user acquisitions and reveals the surge in Google search interests of products which are included in viral videos.

The USA recorded the highest number of downloads of TikTok videos despite its recent controversy with the app, while the app is ranked eighth in India despite being banned and having 0 downloads for months now. 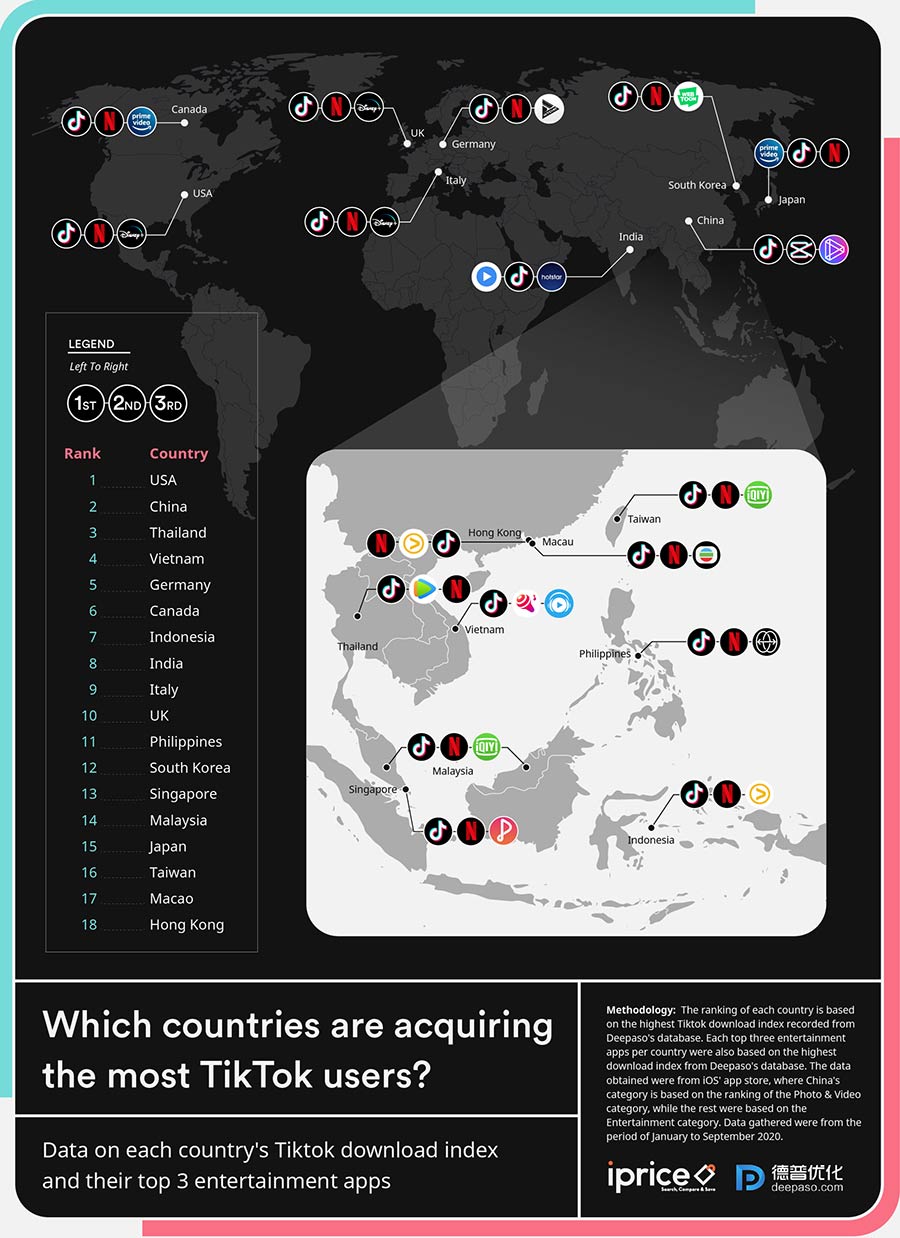 Interestingly, China falls behind the USA due to the app’s maturity in the country. Despite that, Duoyin (what they call TikTok in China) remains #1 in the country.

TikTok resonates well in the West as iPrice noted that Germany, Canada, Italy, and the UK are all nations in the top 10 of the download index. Furthermore, it’s become the most downloaded entertainment app in all these countries.

TikTok has also grown in popularity in a number of Southeast Asian countries, becoming the most downloaded entertainment app in the region.

Thailand and Vietnam have the third and fourth highest download index respectively this year, while the Philippines ranks #11, indicating that Filipinos may have already downloaded the app before 2020.  Nevertheless, TikTok still ranks as the #1 downloaded entertainment app in the nation.

Businesses should consider; TikTok’s influence today is more impactful than we may think

Idaho native, Nathan Apodaca, probably didn’t know he was going to receive a free truck, let alone recognition from music legends by creating a TikTok video of himself skateboarding, drinking cranberry juice, and singing along to Fleetwood Mac’s “Dreams.”

Yet repaying Nathan with a truck was nothing compared to the surge of search interests his video drove for Ocean Spray’s cran-raspberry juice.

The video spawned a number of reaction videos, even from Fleetwood Mac themselves and Google recorded a 1,329% surge in interest for Ocean Spray. The juice company is reported to expect a surge in sales by next quarter. 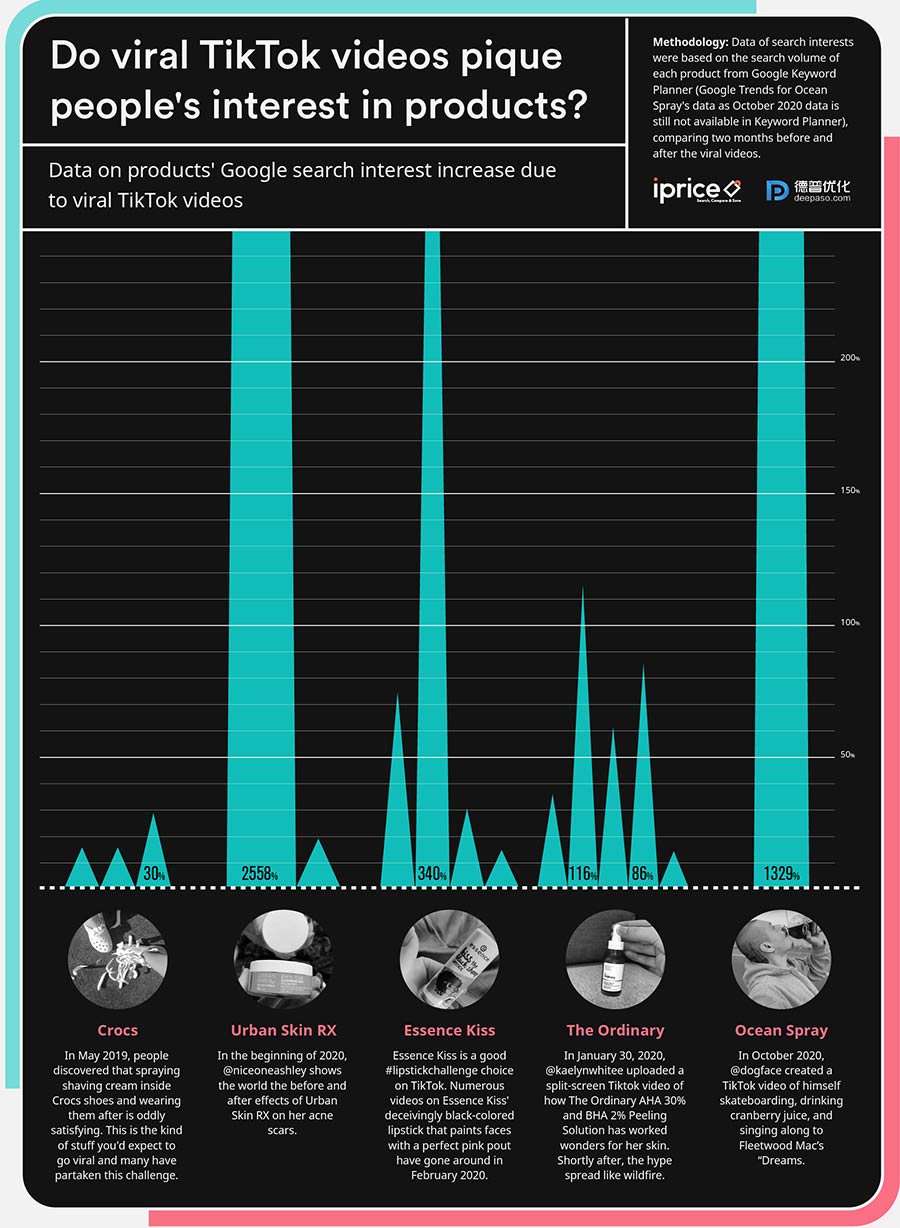 Ocean Spray wasn’t the only brand that saw a surge in search due to a viral TikTok video. Urban Skin RX saw a staggering 2,558% increase in Google search volume in January, after a video from @niceoneashley showed the world the effects of the skin product on reducing her acne scars.

Big brands are a different beast

A viral TikTok of people spraying shaving cream in their Crocs shoes before wearing them has conversely led to no shift in search trends for the footwear brand, perhaps an indication that more well-known brands have more difficulty growing through guerilla TikTok campaigns.

The Top YouTube Ads in the Asia Pacific for October 2020