AMV BBDO has triumphed at this year’s Cresta Awards, picking up four Grand Prix for its Viva La Vulva campaign, while also capturing five gold awards in the Craft sections.

Close behind with three Grand Prix was Serviceplan/plan.net, which dominated the digital categories and picked up three Grand Prix with its lauded work on the Dot Mini device for the visually impaired. It took top spot in both of the new competitions, Creative Technology and The Future. 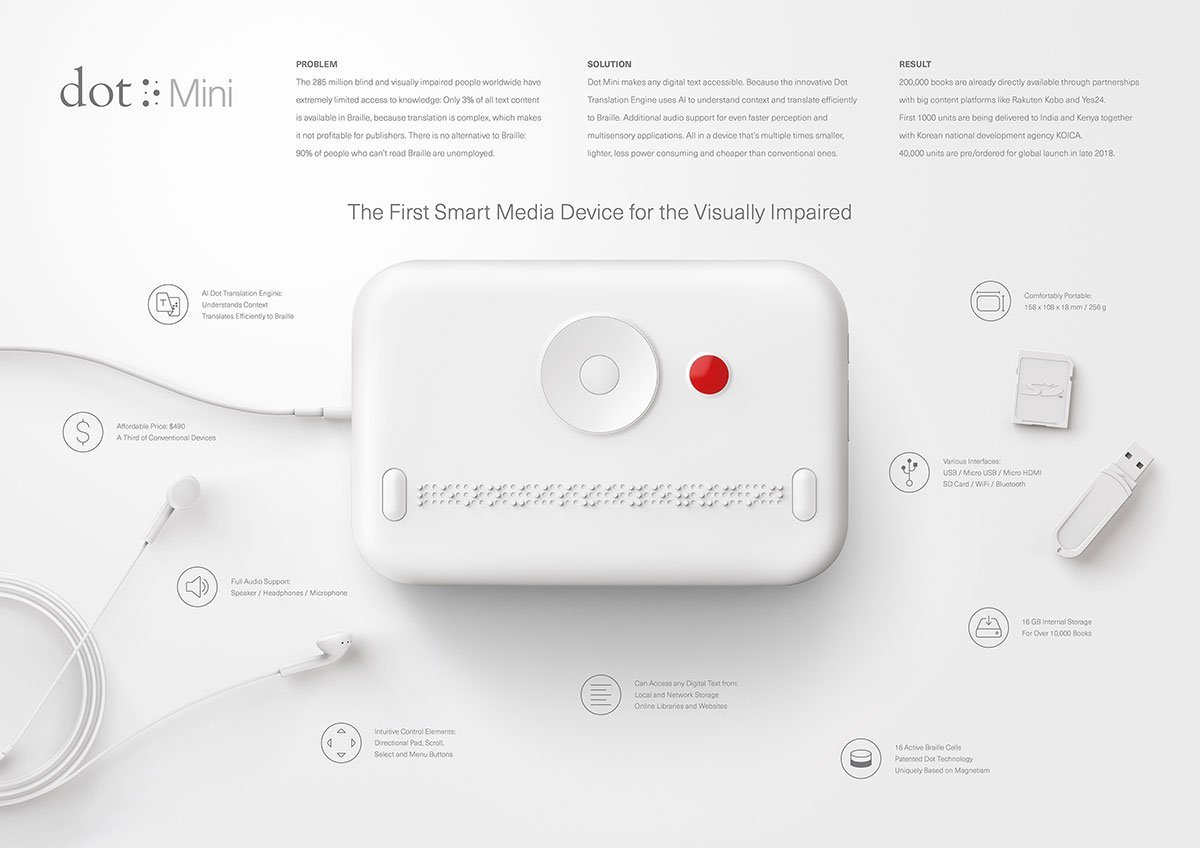 Overall just eight Grand Prix were awarded across the 15 competition areas within Cresta. Besides the heavy-hitting competition between AMV BBDO and Serviceplan/plan.net, the awards saw only one other Grand Prix being assigned, which went to Tech & Soul from Brazil for its ‘Distracted Goalkeeper’ work for Uber.

Cresta President Alan Page commented: “Our competitions are distinguished by requiring winners to achieve high scores across an average of all the jury marks. The judges work independently and nobody wins a Grand Prix, or any award at Cresta, without impressing a wide-ranging global jury that arrives at their verdicts independently. There’s no room for fear or favour to creep through, so it’s a terrific performance by all the winners to get into the trophies.”

Lewis Blackwell, Cresta CEO, added: “We have some great work in the winners, outstanding entries have come out on top, while there’s really interesting entries right down through the shortlist.

“With our new categories, and our rebooting of some of the core areas, this year’s Cresta Awards has turned out to be a great primer on what’s really exciting out there today. Our winners are extensive but we’re not too large for you to sit down and work your way through the best of the last year. It’s a great way to tune your creative standards, which is what ‘Cresta’ does stand for.”

The judges work independently and nobody wins a Grand Prix, or any award at Cresta, without impressing a wide-ranging global jury that arrives at their verdicts independently.

Cresta awards work to numerical averages, aiming to ensure high standards are consistently reached for all awarded work. This leads to stronger competitions giving out more awards while trophies may not be awarded in categories where there are weaker entries.  The most awards this year were given in Digital, Craft and Social competitions.

The special awards, including for Agency of the Year and Network of the Year, will be announced on 30 September.

All winners and shortlisted, along with selected other work, will be analyzed or featured in Cresta’s new international Review, a creative trends forecasting publication, to be released in January 2020, which will be promoted to clients as well as the creative industry.