Overall, among APAC consumers aged 18-44 years, about three in ten (29-30%) think it is acceptable to share their streaming accounts.

Last month, Netflix announced its first net loss in subscribers in over a decade, while subsequently warning that a password-sharing clampdown is imminent to curb unpaying users of the streaming platform. But what do consumers in APAC feel about sharing login details for such streaming services?

According to newly-released data from YouGov Global Profiles it turns out that consumers in India (41%), Thailand (36%) and Vietnam (34%) are most likely out of 12 major APAC markets to say it is okay to share their streaming service login details with anyone they want to.

On the other end of the spectrum, more than half of consumers in Japan (55%), Hong Kong (53%), and Australia (52%) responded that it is not okay to share their login details, as do 47% of Singapore’s consumers. 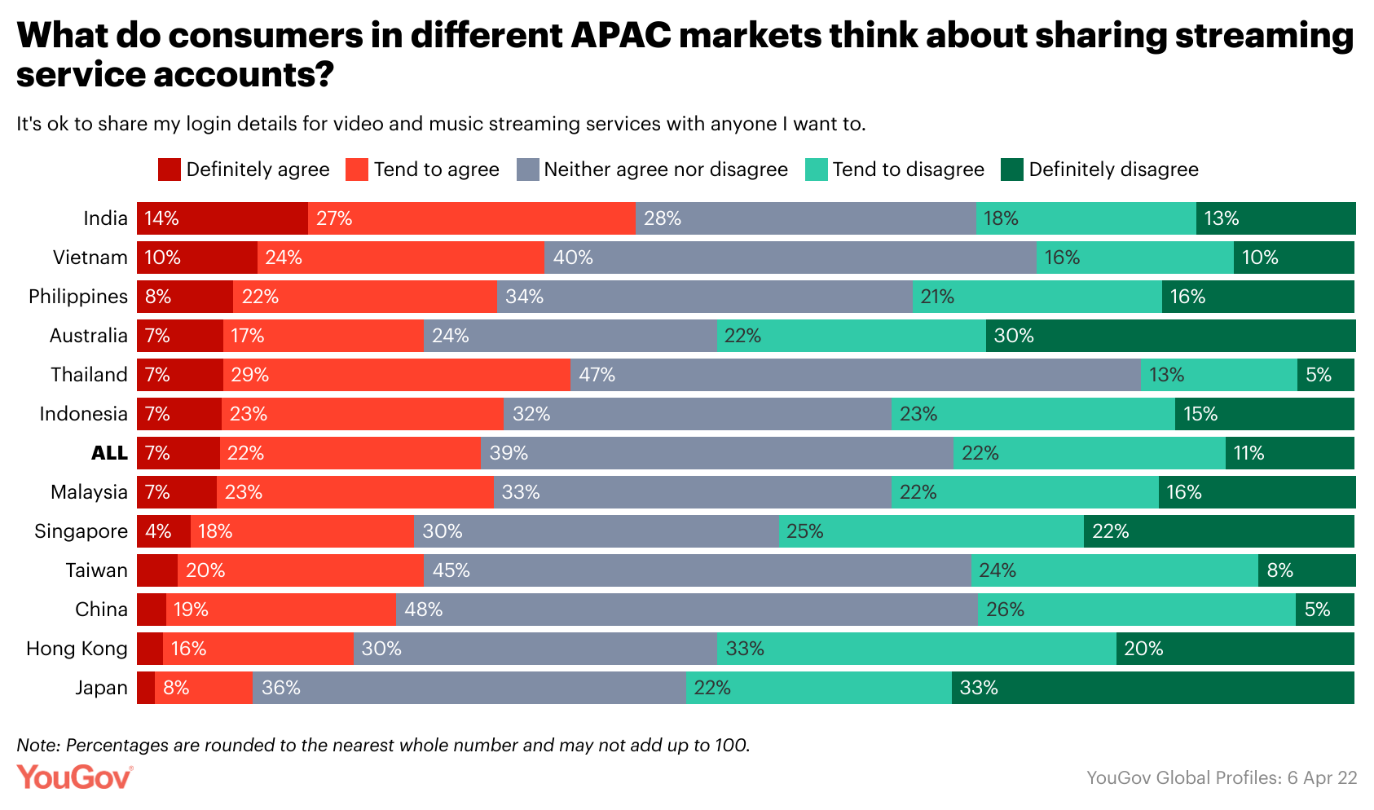 Differing from the rest, consumers aged 55 years or older are much less likely to be fine with sharing streaming subscriptions – just under one in five (19%) are – while almost half (48%) disagree with this practice.

When it comes to group subscriptions, consumers in India are also more likely than any other major APAC market to think that video and music streaming services should offer more of them – over three in five (62%) say so – as do more than half of consumers in Vietnam (57%), Philippines (56%), Malaysia (57%), Singapore (57%) and Indonesia (54%).

The study additionally found that two in five in China (41%) and one in six in Japan (16%) would like to see more group subscription options for streaming services.