According to a new report by market analyst firm Sensor Tower, TikTok and its Chinese equivalent, Douyin, overtook Messenger and Facebook to become the world’s second most downloaded app last year behind number one WhatsApp.

TikTok and Douyin were downloaded a combined 740 million times in 2019 while its smaller rival, Likee, a short-video platform operated by Singapore-based Bigo, debuted among the top 10 with over 330 million installations. According to Sensor Tower, half of those came from India. 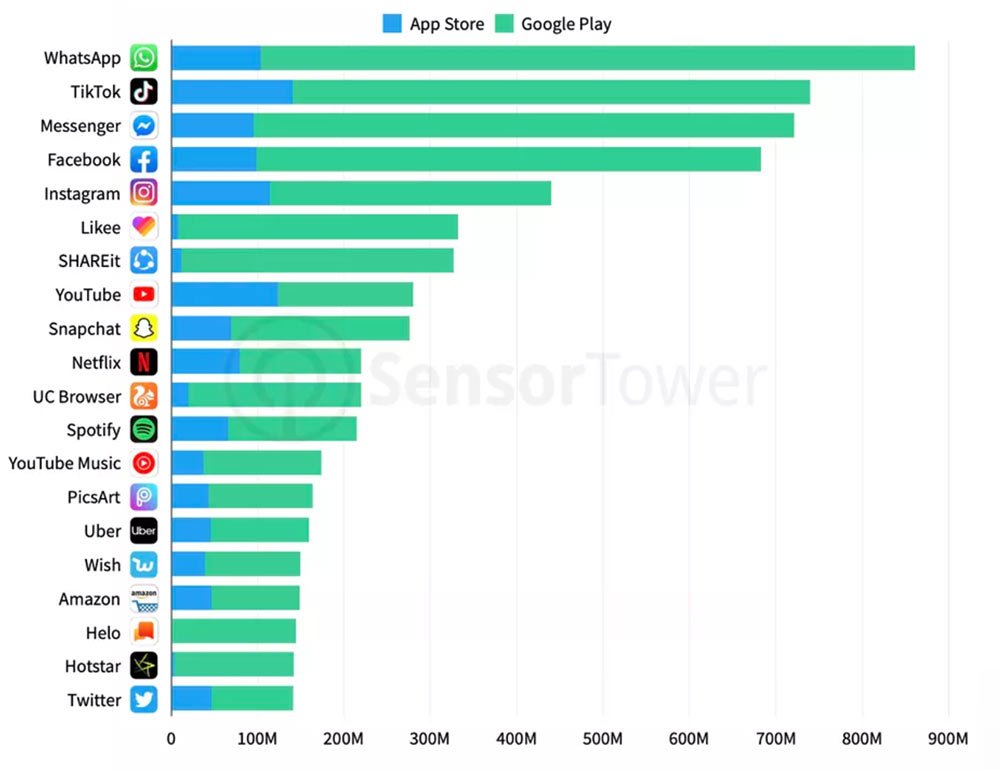 The report included worldwide downloads for the iPhone, iPad, and Google Play but excluded preinstalled apps on the platforms. The research additionally excluded Android downloads from third-party stores mostly used by Chinese due to the fact that Google Play is blocked in China.

In 2019 WhatsApp clocked over 850 million downloads – with the report noting that in the fourth quarter downloads were up 39% over the previous quarter. Both WhatsApp and TikTok were given a boost due to their popularity in India – Sensor Tower said 45% TikTok’s first-time downloaders were from India.

TikTok is mostly popular with teens and young adults, who can post short videos of up to 15 seconds long, and sync the video with music.

“Short video has been popularized by TikTok for sure, but bigger social networking platforms like Facebook and Instagram are aware of it and are doing something about it,” said Meenakshi Tiwari, an analyst at the technology market research firm Forrester commented